I would like to know if anyone has had this problem before and if there’s anyway to fix it.
There is a message popping up saying ‘‘Failed to prepare object file for printing’’.

I’ve been having this problem today with our Makerbot Desktop software. We have the latest Windows version installed.
The weird thing is that it happened across 4 different computers during the same, only one was still working normally.
We were trying to export new files when it first happened, but it also occurred when trying with previously and successfully exported files.

I tried to find the problem on the makerbot/support platform but couldn’t find anything. Same thing when searching on google, some people had the same issue but no apparent solution.

Anyone has any idea of what’s the problem? 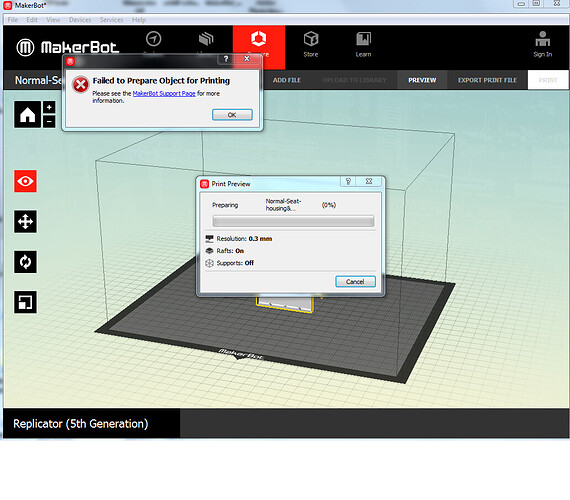