OMG this is cool!

“Build your own MakerBot and it makes things for you. MakerBots print with ABS plastic. It’s your own little factory.” $750 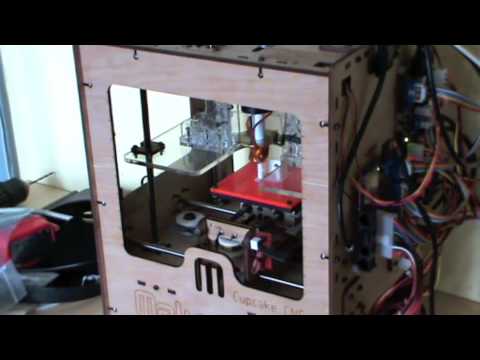 Finally, some proof that it is going to be 2010, besides Richard Branson…

This puts a whole new twist to Made in the U.S.A. I’m really excited for local manufacturing. I’m in the process of doing research to buy a very high end 3D printer and 3D scanner.

That printer is awesome! I saw some plans for a homemade MDF CNC-Shopbot last year and thought THAT was cool… it just seems old fashioned now.

I totally want to purchase one of these lol.

Only crappy thing is I already have an Eden 500.