I really don’t get this. They spend all this time, personnel, effort, etc. to set this shoot up, then photoshop over everything until it’s indistinguishable from a render.

Cool to see the process regardless. 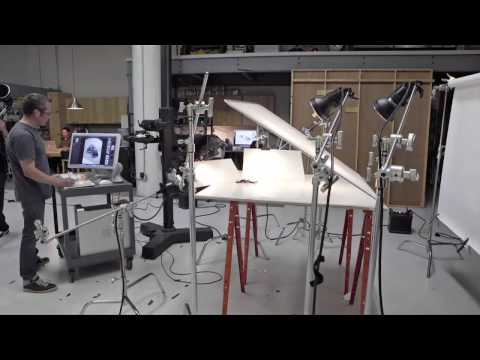 That’s how product photography is done in the world. Keep in mind that’s a magazine doing it, they don’t have the CAD files, time or staff to try and bake a rendering, and anyone who’s done rendering for marketing images knows there’s usually a lot more work that goes in than just pumping it into Keyshot and saving out the first file. A lot of work goes into the post processing, otherwise you get all the dust, smudges, scratches, and fingerprints that don’t exist in a render but noticeable in a photo.

Pretty amazing I think, never thought about that before. Almost the same process as post render when it comes to bringing out the details like the home button to make the image pop.

I guess have this feeling that a photograph is better in some way than a render because of those little imperfections.

If they’re going to go through the effort of making that perfect shot (Apple has plenty of renders available on its website) it shouldn’t need as much photoshop as they put on it. IMO post processing a render is necessary because sometimes you can’t just get the material to look real. I’ve done a render where there was probably 100 different parts on the back, and a few I just couldn’t get right in Keyshot.

In this case, everything looks real, because it is real! There’s no need to, for example, make the icon on the home button whiter. The design and photography should (and do) stand for themselves.

Maybe it’s just me, I’ve never been a fan of makeup either

The photography portion seemed excessively long and elaborate - and although I don’t really know how long it took them to do it, I’m willing to bet it would have been faster to do a 3d rendering instead. That’s not to say that there wouldn’t need to be any post-production work in Photoshop to clean it up, but that seemed like a lot of man-hours for a simple product shot.

Keep in mind this is for editorial; there’s an element of legacy involved here. Magazines generally have deep relationships with photographers/studios. Visualization is a much newer field with less of an established workflow, and I know firsthand that editorial staff are a lot less comfortable with it.

Of course it’s only going to be for some sorts of products in some sorts of scenes where “it’d be faster to do a rendering” would be easily true. Texturing can be a real nightmare. And where is a magazine going to get the accurate CAD data?