I’m about to finish a contract where I’ve been using the client’s computer and am looking to upgrade my own kit before starting another gig.
I use Solidworks pretty heavily. My work tends to be in the architectural field and creating multi sheet GAs (building elevations, details, and sections) can put a fair bit of strain on the computer (full disclosure I’m pretty much illiterate RE computer specs/requirements).
I have been assured by the staff in both the apple and Microsoft stores that their products will satisfy my needs, but I’m weary of salesman’s patter.
Does anyone have experience of using either a Macbook Pro (with bootcamp or similar) for large assemblies and/or creating drawing packs? Similarly does anyone have the same experience with the Surface Book Pro?

I see that I have three options:

Apologies for the long post but I’d appreciate any advice before dropping £3.5k + software on something that I know very little about.

IMHO I would not want anything except a Windows 64 mobile workstation, or even desktop, if I needed to make money doing SolidWorks.
Yes, its possible to run it on a MBP; I’ve seen it, seen consultant designers doing it, works for them, great. I think they struggle with large assemblies. I want a new MBP but would try and learn a different CAD package to run it natively on Mac.
Yes, I suppose its possible to run it on a Surface Book, but unsure if you can get a fast enough machine. It would feel like taking a BMW Z4 into the Baja 1000.
I am using (at work) the HP Zbook Studio X360 which has a Wacom screen built-in, and can fold backwards like a tablet. Despite this I use my iPP for sketching more often. The tablet functionality of what is supposed to be primarily a desktop machine is … funky at best. It doesn’t behave like a tablet should.
My team is using the HP ZBook Studio G4, Intel i7 at 2.7 GHz (I think its a 4-core, not sure), 16GB of RAM, and I think the Quadro 1000 graphics card. They like the performance for SolidWorks. I think it will be the best bang for the buck if SW performance is your main priority. Plus these new HPs are pretty nice looking and quite thin.

I’ve never thought about using the iPP as an external monitor.

Here are your basic hardware requirements: 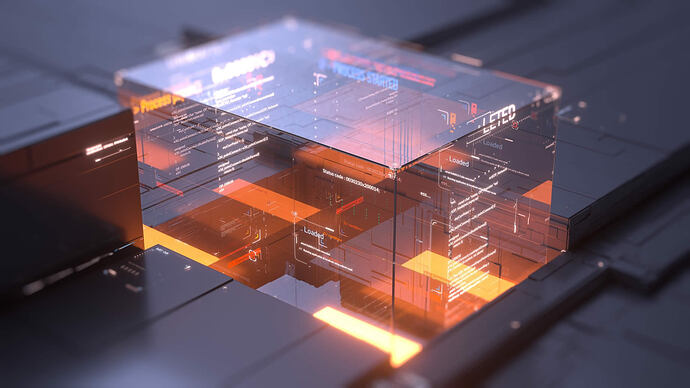 SOLIDWORKS 2020 hardware recommendations and answers to FAQs from Javelin Experts, including how much Memory (RAM) is recommended for SOLIDWORKS 2020.

Thank you for the system requirements and advice. I think that it is the sensible way forwards. Interesting about your HP with built in Wacom as I’ve previously worked on a touch screen Dell (which quickly had the function turned off) but might’ve been attracted by the Wacom branding.

RE iPad as an external monitor; I think that it only works with Macs - YouTube

What are the specs of the machine you’re using right now and would it suit the kind of work you plan on doing in the future?

The Macbook Pro is a bit of an odd ball. I think you’d be running it basically all the time in Bootcamp. I believe the GPU is supported by Solidworks but I’ve been hearing that the overall performance of the MBP in Bootcamp is a bit worse than in Mac OS. If you’re drawn to it because it’s thin and light, it seems like workstation laptops from Dell, HP, Lenovo have started to take a hint and have lighter machines than in the past.

I don’t think I’d go with the Surface Book as it doesn’t have a workstation GPU. I had a Surface Pro 3 (sure that’s several generations ago) but I never really gelled with the stylus. It gets wobbly a low speed and there’s fairly discernible latency. It’d be handy for redlining drawings and other tasks where you don’t need as much controlling as drawing.

As for the iPad Pro, I’ve just recently got one. Partly for work, partly for home use. I’m hoping it’ll replace my notebook/sketchbook and work as a handy secondary screen when working at my desk and become an easy option to bring to meetings. I’m really liking the Pencil, even better than my old Cintiq monitor. Honestly, for my modest sketching needs, I’d rather be on Procreate on the iPad than Photoshop on my Cintiq. For the iPad as an external monitor, Apple’s Sidecar integration only works with Macs and apparently doesn’t work very well with the Pencil. Also, it’ll only work while your Mac is in Mac OS so it’d be kind of useless if you’re in Bootcamp all the time. Fear not, there’s Duet Pro and Easy Canvas that’ll link the iPad to a PC.

Cheers. I’ve just bought the iPad with the thinking that it will come in handy over the holidays (flights etc). I’ve only had five minutes on Procreate but it looks pretty powerful. Looking forward to experimenting with different brushes/settings to see what works best for me.

I was really hoping that the Adobe’s promise of a CC-equivalent Photoshop for iPad this year was the start of a brave, new, MacBook Pro-less world. Alas, Photoshop for iPad is garbage and nowhere close to the functionality and productivity of Photoshop CC. Still a MacBook Pro world in my mind until we get truly CC-level apps for the iPad.

That said, if you’re only using it for sketching, Procreate on the large iPad Pro is the bee’s knees.

Which laptop did you end up going with? I’ve been running SW on MBPs using VMWare since 2007, and while it’s certainly not as snappy as a PC with a proper graphics card, I’ve used it almost daily for the past 4 years of ID consulting and it gets the job done. I don’t deal with a lot of large assemblies, but I do a lot of surface modeling and light mechanical work. If I didn’t have such a longtime love for Apple products, I’d definitely consider getting a Dell Precision 5540 (it’s slim - same body as an XPS?) with a Quadro GPU so that I could run SW natively. Call me stubborn…

I’m personally a fan of the HP ZBook line, they look sleeker than Dell’s Precision workstations

Me and my team are using various Zbooks. I have the Studio 360 which looks the coolest but I rarely have used the tablet/stylus functionality. Team has older and newer 15" workstation models, one has a touchscreen. Can recommend.

If you’re OK using/ buying two separate devices, I would recommend buying an iPad Pro if you need to sketch digitally, and a desktop workstation for SolidWorks. Since starting remote work at home due to COVID-19 last week, I’ve been using my home desktop with an I-9 9900 processor. SW feels so fluid and so smooth with that much processing power behind it. You never have the half-second lags as you click around the user interface or the graphics windows. Rebuilds take no time at all. It really feels more like drawing freehand, where the output instantly corresponds with the input. It’s hard to describe but I’m going to have a hard time going back to my workstation in the office after all this.

I’ve not got round to buying a laptop yet as my contract was extended. I’m currently using my client’s desktop from home. I’m now expecting price/promotions to have an impact on my decision when things get back to normal.

Sorry to piggyback off of the thread that you started but I wish to ask a question of the contributors (and in essence, it may help with your decision-making when you are ready to buy your laptop):

I’ve also been researching the best type of PC to get for Solidworks (mostly to learn; with an educational version, and light CAD. I am more of a Rhino3D guy). One of the most consistent comments I’ve read on Reddit and elsewhere is when it comes to Solidworks, Quadro graphics cards play nicely with SW (as most of you have already mentioned up above).

In your opinions, does that mean that Solidworks will not at all work with a PC that has a more “gaming” graphics card (for ex: A Nvidia Geforce GTX 1070)? Or it just won’t work as well as with a Quadro? I am asking because one of the PC’s I am considering getting is the Microsoft Surface Studio 2. Again, I won’t be using it for heavy SW CAD; if that helps.

Solidworks will run on a gaming card (GeForce, etc) but isn’t supported. In practice, it’s more than fine for learning. If I was using SW in a design firm or as a freelancer, I would definitely want the supported graphics card.

The other thing that isn’t supported is the “Realview” graphics. I tend to not use them as they make everything look really shiny. If the realview graphics are your thing, I believe you can hack the registry to enable them (it’s a software lockout, not actually related to your computer’s hardware).

The other thing that isn’t supported is the “Realview” graphics. I tend to not use them as they make everything look really shiny.

Ditto - they are unRealistic and not much use unless you need to be looking at reflections all the time. For modeling I think they get in the way.

The main difference is the driver. You used to be able to solder a wire between 2 pins on the GeForce cards that would make it think it was a quadro. I’ve never had any issues with a consumer card and so I can’t justify the cost of the pro versions. Does it actually make a noticeable difference?

Agreed on realview’s shininess being a hindrance. There’s a mod called real hack that will unlock realview if you want to use it.

Wonderful! Thank you to all that have contributed. Gotta love this forum! It sure helps when trying to make expensive purchasing decisions!

The main difference is the driver. You used to be able to solder a wire between 2 pins on the GeForce cards that would make it think it was a quadro. I’ve never had any issues with a consumer card and so I can’t justify the cost of the pro versions. Does it actually make a noticeable difference?

Agreed on realview’s shininess being a hindrance. There’s a mod called real hack that will unlock realview if you want to use it.

No, you don’t even need to touch the hardware. It is just hex editing in Windows to tell it that another GPU is installed.