It takes pictures that allow you to focus after the picture was taken. It also adds a sense of dimensionality to photos- so that you can move the subject around a little bit, giving off the effect of a change in perspective… It’s pretty wild tech, not to mention the beautiful hardware. 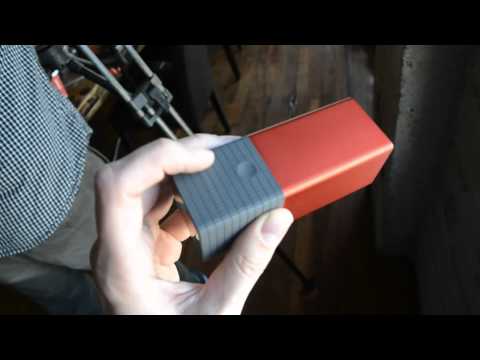 Hands On with the New Lytro Camera

Hands on videos and first-impression reviews of Lytro's new revolutionary light field camera are starting to emerge. Engadget writes, For now, it really 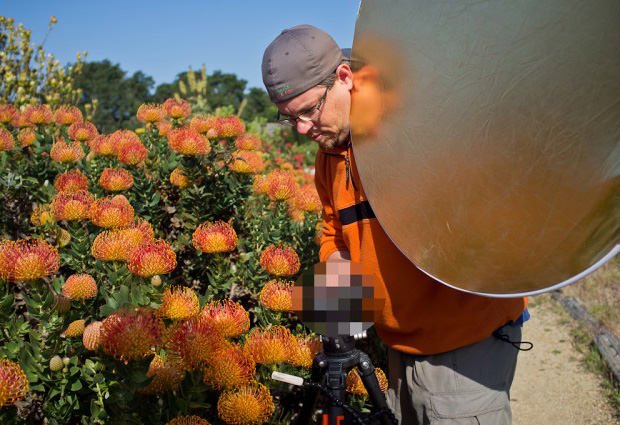 Lytro's revolutionary consumer light field camera is rumored to be in production now, and photographers currently testing the super-secret prototypes are

Amazing tech. I wish they’d done something a bit more traditional with the body, but considering the paradigm shift this thing could be, it’s appropriate.

Wow, I want one! Both the software and the hardware look amazing.

I love the shape and design of the body, I love that it’s not a traditional body although my bet is tha the technology will obviously be introduced and licensed so that it can be incorperated into tradional bodies.

This seems really cool. I played with some of the demos on their site, and I think it just needs more resolution.

I have always wanted this. Coolest thing I’ve seen in ages.

Lytro camera: 5 things to know before you buy 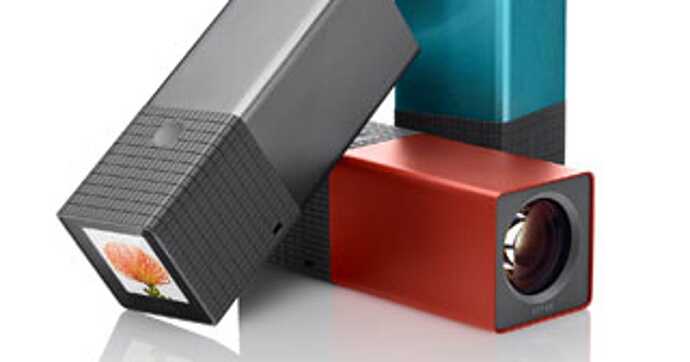 Lytro camera: 5 things to know before you buy

Unless you're a geeky, Mac-using early adopter, you might want to steer clear of this clever camera for now.

So let me get this straight. You can only change the focus after you have converted the photo into a 1080x1080 photo?? (USELESS)

Until I’ve used one personally I don’t think I am a fan. Looks annoying to use.

Yeah, so they got me with the tech, but dropped the ball on the delivery. Such a bummer. If they’d made the pricepoint 2-3 hundred dollars more, and added a bit more to the system as a whole they’d really have been on to something.

Now it’s nothing but gimmicks.

It’s new tech, it’ll eventually improve but I guess for now they have to start getting some income for the R&D spent. It’s marketed more for interactive internet photos vs DSLR crowd, hence they don’t use megapixel and similar jargon. I remember Adobe making a similar idea with a lens with a bunch of individual lens on it. Was about 3 years ago or so when I last heard of it. Had to dig for it but here it is:
http://www.geekologie.com/2008/02/adobe-to-start-making-hardware.php

I was wondering about the output of it. What a bummer. I cant do much with a 1080x 1080 image. That lightfield ‘image’ must be packed with information on it. Each image would be roughly 23 megs (8000megs/300 images). Seems like a lot of hassle for no real output.

Has the exposure time been mentioned anywhere?

This thing turned out to be a major flop, can’t even find it at the stores anymore. It really looked promising back when it was first introduced.

This thing turned out to be a major flop, can’t even find it at the stores anymore. It really looked promising back when it was first introduced.

I think they got the business model wrong. It’s really cool cutting edge technology. Get pictures with the information on the direction of the light. I think going after the general consumer market wasn’t the right choice. Especially since the big push was towards their live pictures that would allow you, in a web browser to to move the focus point in the image. It was all really a gimmick… not to mention couldn’t be shared well on social media.

I think they were afraid of going up against the standard camera market as they knew they wouldn’t be able to get the image quality. Maybe that could have made it for video - pulling focus in video is a true headache.

With that said, they seem to be pulling away from the consumer market and have found a use for the technology in VR. https://www.lytro.com/

So after raising $200 million the company gets bought by Google for a fraction of that.

Sources: Google is buying Lytro for about $40M – TechCrunch

Last week, Google showed off a new app to display immersive photography in virtual reality, and a multi-camera technique for capturing it, and now it looks like there may be plans to enhance that with some bolted-on technology created by a...

So after raising $200 million the company gets bought by Google for a fraction of that.

Sources: Google is buying Lytro for about $40M – TechCrunch

They’re probably right in their assessment that Google would rather have the IP and some key employees and thats about it. Your valuation doesn’t mean much when the business has failed, I actually didn’t even realize they were still around.

Lytro camera in a Pixel would be pretty cool though!