The car’s up in Reno … . there’s money in the savings account … . sweetie is visiting her mom back in Indianapolis for another two weeks … …

Women come and go, Lotus Cortinas just fade away in a haze of rust.

That is a sweet ride lmo. I was thinking of tracking down a normal Cortina or '70’s Capri for a summer car. Unfortunately I can’t find a decent one, I’m worried about parts and all my friends laughed at me. Oh well.

I’m thinking of trying to pick up a cheap Fiat Spider well the economy is in the tank. I’ve seen the prices falling on ebay…hmmm 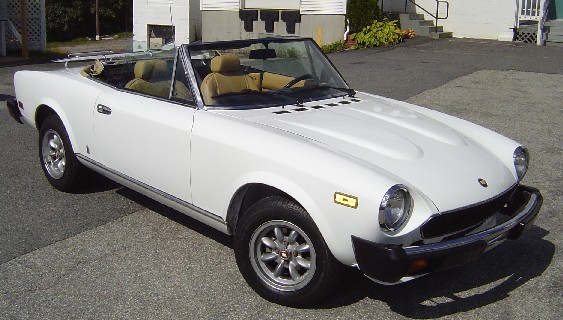 Actually, I think I just answered a question I posted awhile ago. The Fiat Spider is a pretty car. Not aggressive like most sportscars, just pretty.

I’ll go even further…I’m debating a Miata, TR8 or a Fiat. The Miata is my brain’s choice. It’s sensible. My heart is for the Fiat. I don’t know what part of me wants a TR8, I just want a small displacement aluminum V8 sportscar. Maybe that’s my libidos choice? 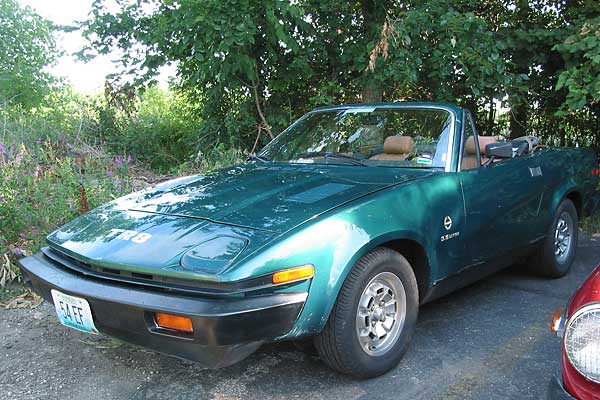 Great minds think alike MR. I was driving a 1972 Fiat 124 Spider up until the time I bought the Cortina.

It was a great car. I’m a little over six foot and it was the only “sports car” I could comfortably fit into. The steering wheel angle took some getting used to but once that was out of the way it was a real canyon burner. 4-wheel disc brakes, rear-wheel drive, absolutely the easiest convertible top to raise and lower, a big (relatively speaking) trunk, and enough of a back seat that you could stash backpacks, jackets, books, and those AIR HORNS!!!.

The only really bummer about the '72 was that it used the 1608cc DOHC four engine (a whoping 90 bhp), hooked up with a 5 speed. It was impressively underpowered but that dual overhead engine (with aftermarket Abarth dual exhaust system) made outrageous exhaust noises (but not as good as the Cortina’s) and accounted for a certain degree of “fear factor” with my friends and their MG’s and Tr’s. The only other bummer I can recall was that the '72 model year used distributors from three different manufacturers; thankfully, mine was Bosch.

But make no mistake about it, it was s-l-o-w. Slow enough that it taught me how to drive; stalk and pounce was the name of the game with the 124. I blew off my share of unsuspecting Porsches on twisty downhills, only to be overtaken on the next uphill stretch. No matter, it was always a gas to see huge eyes in the guys rear view mirror as you closed in on him on the next set of downhills.

Another performance, and aesthetic, detriment on later 124’s was the heavier 5-mph bumper system; the older model bumpers were much more attractive.

I’d buy another one in a minute, especially if it were just going to be my day car; and the older the better (less emissions control).

A V-8 powered sports car … I missed (as Maxwell Smart would say, “by that much”) owning one. I had just met my “to be” wife, whose father had passed away a few months previously, and her mother had just sold the Sunbeam Tiger. It was the car that my wife, at 16, had taken her driver’s test in.

let me sum that up for you:

You are married for decades to a wife who passed her (first?) driving
test in a Sunbeam Tiger ?

And you are afraid to tell her, that you just bought the Lotus Cortina
you were alway lusting for?


How old are You?

Do you have kids in college? Any lame excuses next to that?

well, all kidding aside.
These times are different. For certain. Nearly new cars are dirt cheap this side of the pond
right now. Still my dad in law didn’t by the 7series they were throwing at him. (Thank god he di’t.)

Well, you nailed that one mo-i.

And you are afraid to tell her, that you just bought the Lotus Cortina
you were alway lusting for?

mmm, well, ahh, geee, I haven’t bought the car … mmmm, ahh, 'cause I need permission to do so.

How old are You?

“Growing up” is the pits… oh, for the day when I’d buy a car, or motorcycle, and then try to rationalize why I bought it.

lmo: thanks for the buyer guide, I need some reference. My dad’s only help is telling me, “buy something Japanese”.

I’m a little over six foot and it was the only “sports car” I could comfortably fit into.

It’s funny, that’s the same thing I hear from all tall people about all sportscars. I think this is a case of mind over matter.

The first thing I discovered when I got into the 124 on the car lot was that someone had left the seat all the way back; I had to adjust it forward a bit to be comfortable. Another thing that I noticed was there is actually enough room to get your foot on the clutch while you toe-heel; in reality you don’t even need the clutch once you’re in motion. But compared to say MGs, the amount of space in the foot well is generous.

What you will find when you sit in the 124 is that the steering wheel is angled such that the optimum seating position is with arms extended, as opposed to having your elbow slightly bent.

Mr 914, tr8, nobody wanted the tr8. All it did was make the triumph cars end on a bad note in the US. I had a 78 spitfire 1500, and it was super fun, and sort of sucked at the same time. A two people I knew had tr7’s one was a track car (sweet) the other had no hope of passing a tech inspection. I’d say get a nice TVR 280i or 350 and drop in a small block. However the TR8 is a slightly better looking car then the ‘taismen’ tvr’s.

I’d say message the ebay guy and make him an offer, it won’t hert. Personally (and this is best face to face), ask then what is the least they want for the car, if that is more then you are willing to pay just say, ‘it is more then I am willing/ abole to pay at this time’. If they say something to the effect of “I’m not playing games here!” answer " well if you do not know what you want for your car then YOU are wasting MY time" and leave. That’s what I do when I see a car for sale that I want.

Simon: my whole body wants a TVR, but those things are really sketchy.

The TR8 is definitely not a good car, but I think it’s in its own category.

lmo has almost convinced me on getting a Fiat…

lmo has almost convinced me on getting a Fiat…

Well Mr, this link might just be the straw … 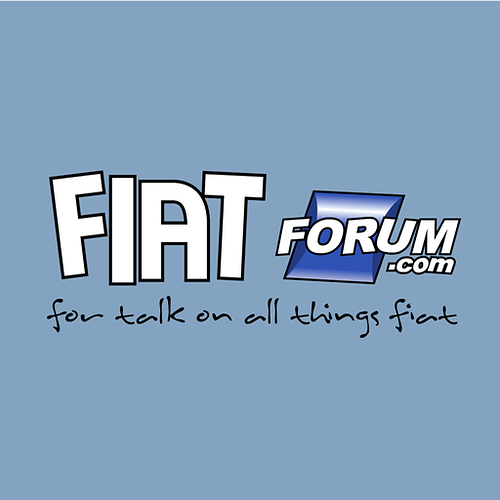 Hi, I am new here. A couple of months ago I would have never dreamed I would own a Fiat. I come from a family of mainly muscle car owners (Mustangs, Corvettes, things of that sort) and probably would have laughed at the thought of owning a Fiat (no...

Never change the engine, imho. Especially when you have a sweet small displacement DOHC engine. Ugh!

I want the TR because the Rover V8 is unique…alu case and everything.

I think that Rover V8 is a derivative of a buick engine, and could also be found in Land Rovers up until recently.

You could combine Fiat with the wedge shape of the TR7/8 by considering the Fiat X19. What ever the choice, you will need plenty of spare time, patience, mechanical and electrial expertize to keep them all running.

I think that Rover V8 is a derivative of a buick engine,

It was originally the Oldsmobile “Rockette” V-8, aluminum block. It only made about 155 bhp. It morphed into a 330 Cu.i. version in the US.

I would tend to agree with that sentiment.

Maybe a TURBO kit!!! Yeah, that’s the ticket! A turbocharger’d scatter that little 4-banger like anything… . . then you’d truly know the meaning of F I A T;
that being: Fix It Again Tony. But fun to think about anyway; especially if you have a full on automotive machine shop in your garage…
http://www.fiat-abarth.co.uk/124%20project%20news.htm

Or you could do it on the cheap and give it the “Abarth Rallye” treatment, and then drive 55 (like the Corvette guys do…) 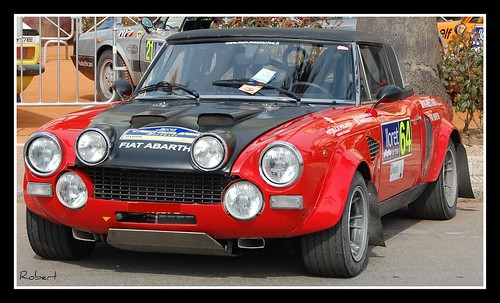 Nah! Leave it stock, run premium fuel, and have and tons-o-fun.

You are right, that one is perfect! I shaved the turn signals off my 914 and took the over runners off the bumpers, similar to this Fiat.

That Fiat says clean in the description then has a puddle of oil under the car. I guess it’s a Fiat, so…


If anyone has a TVR they should know that when they brake down they are just doing what they are meant to. They are only reliable for going to the corner store and picking up a few things. But you look totally hot doing it.

OK, thread jack. I’ve got <$5k for an impractical semi-daily driver. It’s going to be parked on the street and driven in snow, so it can’t be too nice. Don’t like Fiats or Porsches. Miata failed the WAF test. Don’t suggest Toyota Corollas and stuff like that- we have a Volvo V50, so I don’t need something practical or safe. Here’s what I’ve got so far:

Heh. XR4Ti was my first car in high school. That thing was already a POS in 1990, and I can’t imagine the few survivors have gotten any better in the last 18 years. I haven’t seen one in years, probably because of their tendency to snap oversteer in snow. When the turbo kicked in (after the two second lag), that thing would come around so quick you’d be driving down the road the wrong way and not know why. Fast and stupidly fun though.

The 80s & 90s Japanese stuff doesn’t do much for me for some reason.

Back on thread track…

The guys who put their name on the badge provide the clever design (and target smaller niches), and the heavy manufacturing and core platform engineering is provided by behind the scenes

As a horse-drawn vehicle enthusiast, it’s interesting to note that this is how the carriage/wagon industry evolved from about 1870 onward. Prior to that very carriage shop had to have their own lumberyard, sawyers, wheelwrights, and blacksmith shop. Most notably; Studebaker

But, back to the thread jack… …

Five Large for an impractical car is a wonderful budget. A BMW Double Ball 2. Rear-wheel drive. Schweet! A bit close to the outside edge of the $5K envelope, but a great ride! Only to be surpassed by the Lotus Cortina MkI, but I digress…

But how long be before some scumbag barrows it… ? Parts? Remember, BMW is the acronym for Bring Mommas Wallet.

True, front-wheel drive and not exactly in the rocket category but a gas to drive. Electronic fuel injection and hemispherical combustion chambers were added for 1987 Escort GT; 108 hp and 114 ftÂ·lbf.

A low-end, normally aspirated 1st Gen Escort GT can be picked up cheap leaving buckets-o-bucks to play with.
(large image) 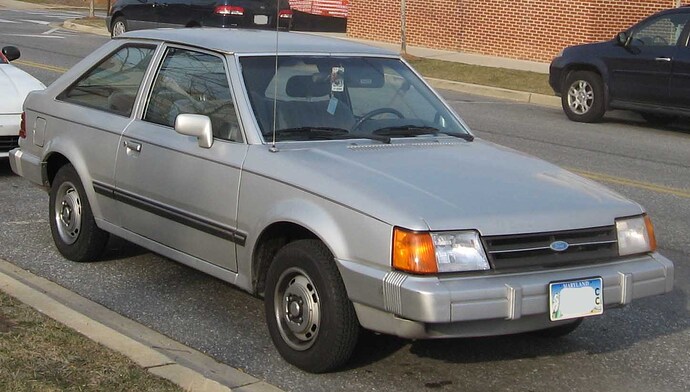 But then I’m a little partial; my daily driver is an 1989 Escort GL; my late mum’s ride. Last of the “1st” Gen. body style.
Not stupidly fast, but it is completely happy cruising at 80-85 (86 hp and 100 ftÂ·lbf with a carburetor) with two people and luggage. Let your foot off the gas and it will slow to 65 in a hurry; useful for confusing the CHP.

One other machine comes to mind, but you have to promise not to laugh. Yes, I know professional reputations are at risk here, but just give these points some consideration;