Looking for easiest software to make human base mesh

I’ve been struggling to make a human base mesh in 3ds Max which doesn’t look as easy as other software types but still not sure. I’ve been noticing software like Studiotools, Solidworks, and Rhino as possible easier alternatives.

I attached an image to show what kind of mesh I’m trying to build. Could something like that be made more easily in these design/non-animation programs? Thanks 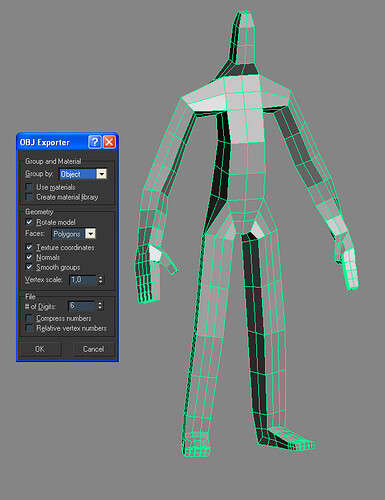 3ds Max is probably your easiest route to build models like this from scratch. You just have to have patience to keep working on it. You really have to think like a sculptor when doing this.

It might help to add the turbosmooth modifier on top of your stack that way you can see a smoothed version of your base mesh.

Depending on what you are needing this model for. It be easier to purchase a high quality premade model.

As Ross said, add a turbosmooth/meshsmooth modifier on top of the stack. You’ll need to know about sub-d techniques to be able to control this properly though. Nurbs software (Rhino, Solidworks etc) really isn’t the easiest way to go with this, even more so if you plan to animate the figure later.

If you’re having trouble working in Max you might be better of using other poly software such as Modo, Silo or Blender. I don’t have much experience with them but I constantly hear that they are much more user friendly and easier to learn than Max, which isn’t surprising as it’s a bloated, overweight dinosaur. If you need to ask more questions about poly modeling characters, the CGSociety forum is a good place to start.

Btw If you are interested in making very high detail characters, you’ll also need to look at software such as Z-Brush, Mudbox and 3D-Coat.