Attaching few of my favorites…from each category… 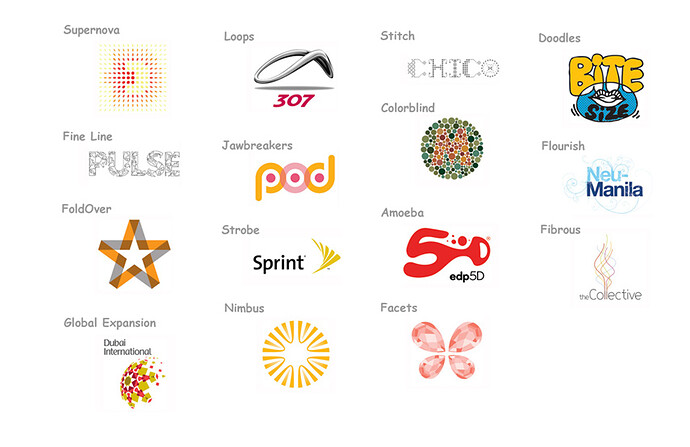 Do I need to say that I hate the colorblind ones? Maybe it was inspired by the Core board’s “Color Blind Design” thread? That was about a year ago.

Does the site say anything about prohibiting the use of Comic Sans in anything? Because it should.

Why don’t we have something like this for Industrial Design?

that is some good stuff. Lets put an ID version together!

Sign me up. I think an ID version could be less frequent. After all, there are probably 100 logos for every 1 product that actually comes to market.

The Comic Sans burns my eyes.

Being a hyper-sensitive graphics designer myself, I say yay.

my only comment would be i think to avoid the graphic design trends as listed, but that perhaps it works in a different way for ID.

Given that logo design is meant to stand out and last for a longer time, i’d recommend NOT following any of these “trends” (which by the way i find highly arbitrary- its not that hard to find a bunch of logos that look similar and make up a “trend” to sort them).

not that some of the logos aren’t OK, but following logo trends, IMHO are the worst possible option for any sort of branding. not to mention that a logo should fit a brand and company and not some sort of graphics paint-by-number (or photoshop filter) approach.

There should be like an NSFW notice but for Comic Sans.

Could not agree more. I’d say you’re instantly dating yourself following a trend. How many “swoosh” style logos did you see during the dot-com boom? About 4000? Same could be said for any sort of anamorphic blobs or using dimensional effects simply so you can use that effect from the Illustrator Classroom in a book series.

Unless that “trend” truly suits your business, no?

Yes of course. I should have implied that.

Unless that “trend” truly suits your business, no?

meaning what? i suppose if your business is one of those “trendy” nightclubs that changes names/owners ever 3 months, then maybe, but not sure what you had in mind…

…even for business such as fashion companies that follow/make trends, i would think such trend following in logo design would be a bad idea. trends change, but the foundation of a company and it’s visual identity really shouldn’t all that often.

I guess I mean from the standpoint of if you’re following a “trend” for the sake of following a trend its bad. But if you’re designing a logo that fits a “trend” but it evokes the right spirit for you company…I see nothing wrong with it.

rkuchinsky: trends change, but the foundation of a company and it’s visual identity really shouldn’t all that often.

ip_wirelessly:logo that fits a “trend” but it evokes the right spirit for you company

“trend” for the sake of following a trend its bad