Hello everyone, I’m a new member here so I’ll just introduce myself. My name is Andrew Kim and I’m a 16-year-old highschool student. I would like to follow my passion for design and would like to attend RISD and become a product designer.

This is my fourth design project, but my first was the only one that really got much attention. It was called the Butterfly and was covered my numerous websites and magazines, which really surprised me. Core77 had a link to it too: Larval Design - Core77

Anyways, this project is called “Synthesis” and since the presentation covers everything, I won’t talk on about it. I would like to mention that it was for an LG design competition. The major thing I learned was that I went too conservative. This was partially because of my limited rendering skills. But those are just excuses so for my next project (which I have just started), I would like to create something much more dynamic and innovative. Thanks for your time!

You’re off to a good start for a 16 yr old for presentation skills at the least. Keep it up and keep an open mind to learn new things and take criticism and I doubt you’ll have many problems. Work on that hand sketching also, it’s extremely important plus it’s easy to get caught up in the renderings. Master those basic manual skills and you’ll be a killer.

But isn’t this just a purple iphone? its not really different from stuff out there at the moment. You head set looks very much like the apple version.

Thanks for the replies guys.

Skinny, I’m preparing my portfolio at the moment so while I do things like painting, my manual skills are seeming to automatically improve. When I’m not doing homework, I’m always sketching, so I guess you can call my rendering a break from what I usually do. Thanks!

Thanks Dawolfman. I can see how you’d think that it is similar to the iPhone. But why wouldn’t you compare it to the Prada Phone? It bears closer resemblance to the Synthesis and was released before the iPhone…

Also, I didn’t know that Apple had a BT headset, but since I went quite “mainstream” in this project, I think it ended up looking similar to many products. After all, 90% of the products out there are quite similar in design.

Not sure I see nature in your designs… it seems more clean and technical then nature inspired…?

I disagree with some of the “me too” apple styling, but I gotta say, you will be a great designer with the presentation skills at your age. Photoshop was not even out when I was 16, damnit.

By the way, I won the competition and unfortunately, cannot show anything I did publicly due to the rules. The good part is that the design is under review and may make it to market, but we’re looking at 18 months minimum. The prizes were generous and everyone at LG couldn’t have been a nicer and more professional.

Hi Andrew. I Registered just to say WOW!! Its just like p-o-r-n for designers. I WANT ONE! And dont mind the ppl that says its just a iphone copy. They are clearly blind! Keep up the good work.

Nice work, its neat that you’re getting a huge head start on all your peers, that will come in handy when you’re in school. As far as the concept, it definetly looks like an iphone with a zune interface, nice clean presentation and solid photoshop rendering though. The dock tree is a little odd or seems forced. Keep sketching and always force yourself to take risks and try something new, thats what i keep telling myself anyways. Cheers

is the base word I’d Like to use for your work. No one can take that away from you. In the since of “FUTURE” no this is not SO far forward, but for me IS PERFECT in what it is in a Time where “iPHONE” has set the stage everyone wants a “KILL” model and out of EVERYTHING out there this could be it. so its perfect for the current. but I hope for your portfolio u do have more advance concepts “which Im sure you do”. Well… Cant said I had this skill level at 16 Couldn’t Imagen many of us could. Congrats young man you have inspired me.

you’re something alright, can’t really remember what I was doing at 16…but nothing of this sort that’s for sure. Even now I don’t think I’m up to par with what you got in terms of presentation skills.

Keep doing what you love to do, learn lots. Congrats.

Sweet stuff, v e r y nice renderings for a 16 year old, I’m jealous, not sure I could do that myself! Would be nice to see some of the sketch concept generation for this project.

But isn’t this just a purple iphone? its not really different from stuff out there at the moment. You head set looks very much like the apple version.

Where were you when you were 16 years old mate? The iPhone wasn’t designed by you, or any other phones out there for that matter. So that makes this kid a better designer than you.

Where were you when you were 16 years old mate? The iPhone wasn’t designed by you, or any other phones out there for that matter. So that makes this kid a better designer than you.

Easy now chief… nobody is attacking anyone. He was simply stating his opinion on the fact that he thinks this concept looks similar to an iphone.

The next thing that he says is pushing the design further than where it currently is. Isn’t that the point of posting some of your work? To get feedback/ criticism?

Just because the poster is 16 years old doesn’t mean he gets immunity… if anything he should be pushed harder because of his current skillset and age.

very nice presentations pages, although the overall feel reminds me of apple promotions, and the design of the phone reminds me of any number of rectangular phones/mp3 players. but hey, thats what happens when everything is done on a touchscreen! the hole is an interesting thought.

your butterfly concept looks very similar to a phone concept i worked on a couple of years ago, its funny that we both thought that a phone with a hinge along that face looked like a butterfly and therefore named it that. I dont think its even been uploaded on the net however…

i love the cleanline s of ur design and somewhat feel very modern with the touch panel, yes it does similar 2 i phone but i think u have a powerful concept!

and im just wondering could it be ur design based on natural friendly materials? Hmm if it does it surely completes ur synthesis idea…
just wondering…

Wow these are really nice !! your idea seems really solid maybe if you wanted to take it another level look into some sustainable materials.

Did you do any drawing before you went straight into rendering your idea? if not, it’s good to do so for future projects, because when you draw you can explore your idea more in depth, and you most likely will find better solutions/styles and approaches.

For RISD i’m not sure how their portfolio process works but it’s probably similar to many well known art schools around the states. When assembling your portfolio make sure you do have other art work for example still life paintings or drawings, exploration of media etc… not just product design projects.

I think you incorporated both the LG Prada and iPhone very well.
Other than that it looks like your off to a great start !! 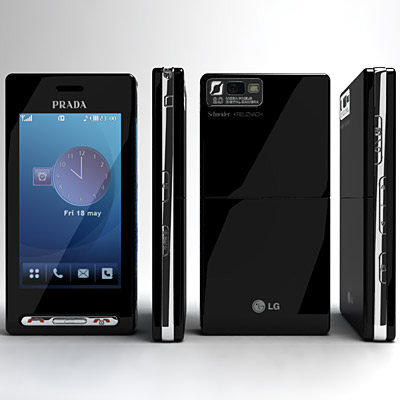 you obviously learned a lot of what is already out there and you make wise choices about the presentation. It is a very good start.
The design itself is not really pushing any boundaries but does seem like a commercially successful product.
The ability to actually “design” something that breaks new ground will come with experience.

I am a bit surprised though that you would like to attend RISD. I think it’s a great choice, they will push concept.

Thanks for the replies guys. This is kind of old, so I didn’t really check back…

BTW, I am not planning on going to RISD anymore. CCS is my “goal” and I plan on attending Art Center after I graduate, if I feel it will help me.