What do you think about Lescord Mp3 player?

Last year I worked on a concept about mp3 players and Aimed to get rid of the headphone wire which sometimes really bothers the user.
Recently I have been tempted to redesign 2 new versions of it based on different styles of Sony and apple with the hope to present the project to them although they are not so keen on unsolicited projects.

I would like to know your opinions and suggestions about it:

Inspiration
Listening to music while cycling or walking is one on my favorite activities, but current mp3 players with long wires has always been bothering me ”is wireless the only way to get rid of this long wires?” this question was the beginning of the project and brainstorming…

Development
Project began with idea of retractable headphones mounted on mp3 player’s body, in the next step to make the design more resilient, one of the headphones was fixed on the body and the other one got embraced by the body to be protected from probable damages caused by objects around it. 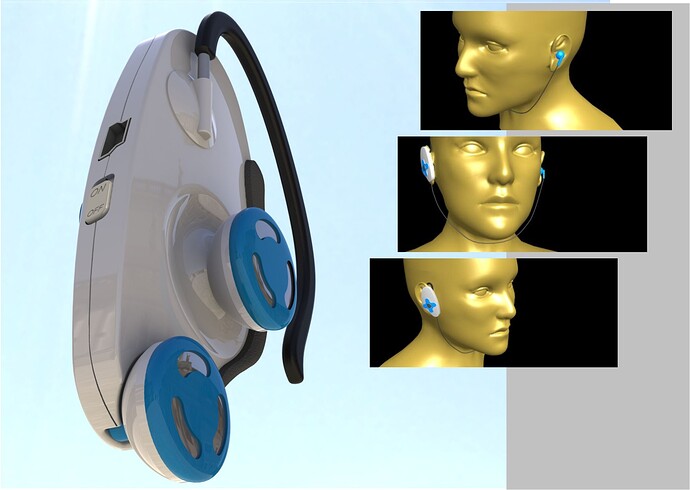 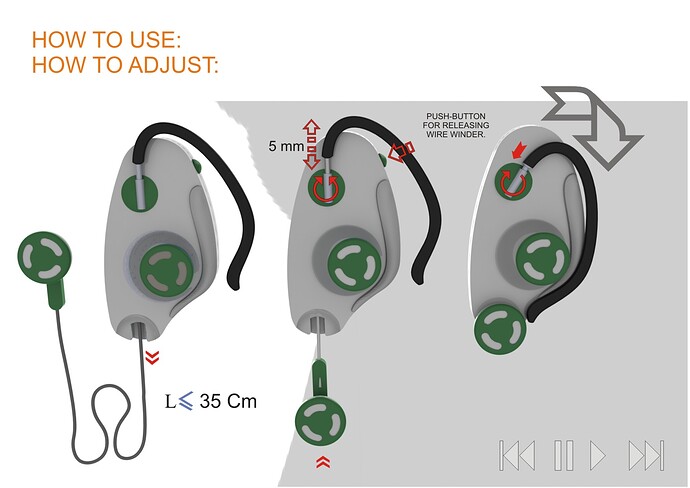 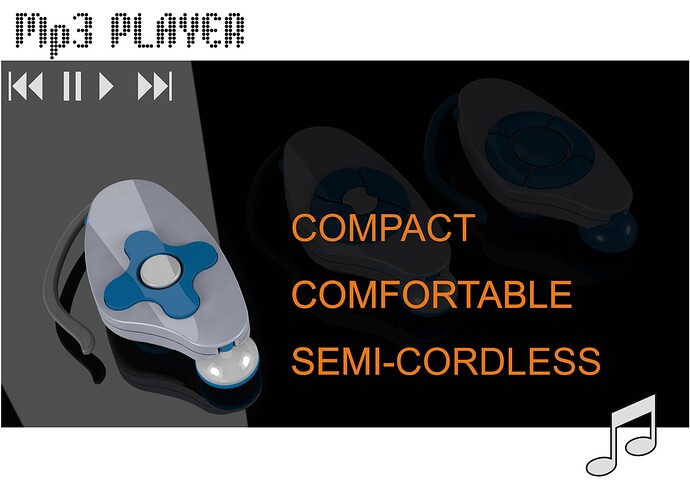 I question the feasibility of this concept. Making one side bigger inevitably means more weight on one side, however negligible. My solution when I run is to clip my ipod nano to my waist, and run the cord through my shirt and through the neck hole, I don’t see how this would be a better solution.

This is all based on my initial glances, I’ll look at this in detail later.

I feel like the concept has been done before, what this would bring to the market would be only a more compact version of what is out there unless I’m missing something. 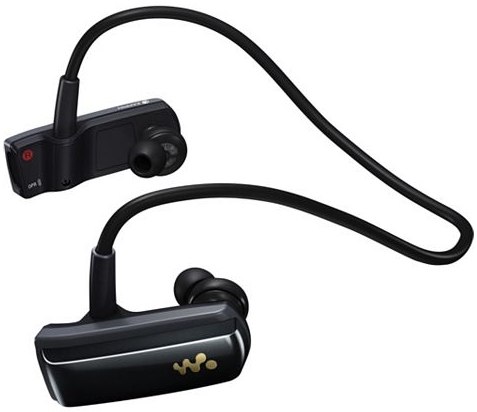 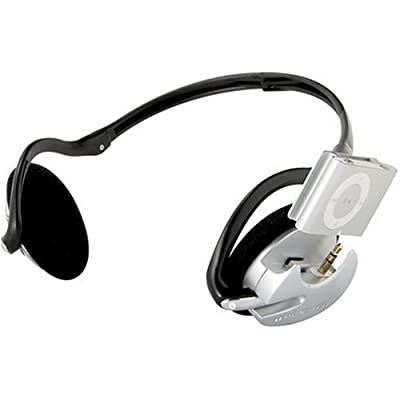 and other similar products, including headphones for the ipod and headphones with integrated mp3 players.

As for the current design, I would move the cord to the back of the neck in the renders. With the exception of the ipod earbuds, which have equal length from the stem of the cord, most people i know prefer to lead one cord around the back of the neck (doesn’t look as awkward). I’m not entirely convinced that that the mp3 player is comfortable, doesn’t really look like it anyways.

Sometimes when I have headphones/earbuds on, I like to have one side uncovered so I can still hear what is going on around me. It would seem like the second earbuds would be in the way if I only wanted to listen with one ear.

Last thing, i would also consider earbuds that go into the ear canal like the W252 above. Not only would it most likely improve sound quality, given that your concept is an audio player, but also help keep the device in place, putting less pressure on the clip and your outer ear. Ive had problems with similar earphones in the past where the clip starts irritating the ear after extended use.

you are right about weight and that’s one of the reasons i want to redesign it and make a smaller version. also as “Everybest” just said, if I use ear-buds would help the device to be kept firm on ear and put less pressure on outer ear… as you just admitted you have to deal with this wire; you have to clip your ipod to your waist, and run the cord through… personally i don’t consider it so user-friendly,though you may be comfortable with it…
Thank you for the comment

Thank you for Detailed discussion it was really helpful … I have already seen and used Sony W series and I like them.
as you said the only advantage of this design is that is more compact and you can carry it easily in your pocket.
you are also right about render…I should have done that with the wire around the back of the neck it would seem better that way…though as you know it’s possible to use this mp3 as you prefer, in front or back of the neck.

Hey Mosen,
I think this can be a cool project, but I think your current design isn’t quite there yet. I actually own the sony wireless walkman headphone mp3 thing the poster above has shown. And although on one hand it looks great, works great, no wires, no pain, alls good… the problem with any wireless headsets is that it makes you look, in a word… Stupid.

And here’s why. I wore these to my school when I first got them and this is what I heard from both my classmates and teachers numerous times. “So, one bluetooth headset wasn’t enough for you?” The sony looks really nice imo, but that’s by itself. On the table, in my hand, etc. But once on the person, it looks really dumb. Of course, you can argue that, Oh once I tell people what it is, they think it’s cool. But really, you want the first impression to be good and positive, even before having to describe to others what it is and what it does.

So imo, the best way to approach this is to design these to really “FIT” the wearer. Don’t make it look wierd, alienic, crazy, futuristic, because that will just make the user look like dumb. Look at things that go around the ear, whether in, or around, and try to get inspired from those things.

Truth be told, I stopped wearing the sony’s. It’s great when im out jogging but I would never wear it in front of people, because people do care how other’s think of them, or how good somethign looks good on them.