I thought they might actually become a good known brand but after seeing this I’m upset.
They have a huge ID department and this is what they come up with. What the hell were those
so called managers thinking??? No one will notice? What a bunch of idiots. I would be embarrassed
to even purchase this or even use it in public. 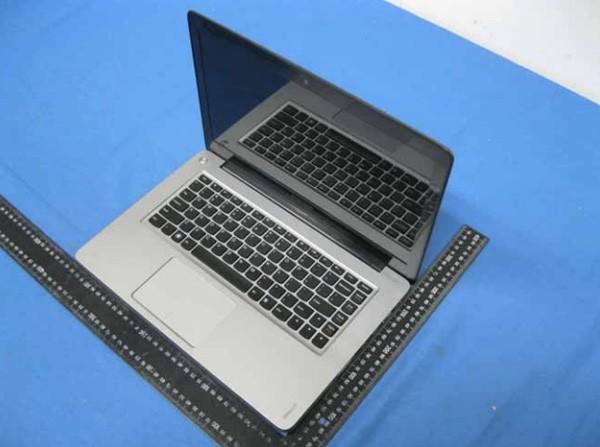 Lenovo IdeaPad U310 and U410 undress for the FCC's czars | Engadget

When Lenovo took the wraps off its IdeaPad U310 and U410 at CES, we were left feeling happy / sad.

EDIT: On second thought, maybe not… ?! The comments under the article seem to take it seriously. Not convinced though. My bet still is that it’s a joke…


Typed from the original

I’ve been saying this more and more lately: If you aren’t smart enough to do something well, just copy someone else. I guess that’s the result of Lenovo’s self-analysis.

Let’s be honest - if you think that’s the first Macbook KIRF that’s been on the market you haven’t gone laptop shopping recently.

The Dell z series, a couple of the HP’s and plenty of other brands are all going after the Macbook, chicklet keyboard, glossy screen, anodized silver, oh wait it’s not a Macbook design.

Frankly Lenovo’s design language, at least on their professional end has been their hideous black 1994 brick language, so they’ve never been one to garner much attention in my book.

If you look carefully at the keys, you’ll notice the curved edge (the one closest to the touchpad), Lenovo’s signature look.

If you look carefully at the keys, you’ll notice the curved edge (the one closest to the touchpad), Lenovo’s signature look.

I must admit, I chuckled.

The only thing I can think about when I see stuff like this, is how much it would suck to be the designer who got that design brief, assuming a designer was involved at all…

I assume there was probably one designer working on this. The so called managers probably calculated how many of these they can sell to their domestic market, which might be a lot. The thing that bugs me the most is that they are ruining their brand image that they have tried to build up. It was going well for a while but I have been observing the decline for a while and if they continue like this they will hit rock bottom soon.
ASUS, ACER, HP yes I am aware they have similar stuff and it might be that they have some of the same suppliers and not enough creativity to make it look different. Notebook design can be tough!!!

“Instantly compare the Lenovo IdeaPad U310 side by side with some of the top devices on gdgt!”

And yet, a question pops up in my mind: If they want so much to appear “original”, then why won’t they create a Macbook-style keyboard with a numpad?.. Haven’t seen such things until now.

The sad thing is that a fresher thinkpad would actually be amazing, but they’ve gone bland even with that great line.

Interesting. In part of the recent Channel 4 documentary; China: Triumph and Turmoil, they interview Lonovo. They mention that more design is now being done there.

lenovo have always produced boring looking for business users. They have always aimed at the mass market and commercial sales and not the home user. Some of the newer netbooks look pretty cool, but only by default. If you want cool pay twice as much and get a macbook

This is kind of a vain discussion if you ask me. You don’t need a team of designers to copy style, in fact you can offshore that for like $10 an hour. Style doesn’t necessarily represent innovation, neither of these companies produced the first laptop/notebook computer. The device itself has become far less relevant than the OS/content, but for persepective:

TBH I hope not. I got too used with my Windows XP laptop to consider getting rid of it.

Yeah, tablets and whatnot, but I still think the mouse and the hardware keyboard better than touchscreen counter-parts.

TBH I hope not. I got too used with my Windows XP laptop to consider getting rid of it.

Yeah, tablets and whatnot, but I still think the mouse and the hardware keyboard better than touchscreen counter-parts.

Will you say that in 5 years though? When the iPad came out, I said it was a waste. Now, I’m posting on one right now…

Thing is, they will be good only for reducing paperwork and some more social stuff, but that’s it. Maybe some industrial stuff here and there, maybe. They still need IMO a SIM card slot, but hopefully this will be fixed.

Yet for some social categories it will be useless. In another way, it will be annoying since some phones can do the same tricks. , but hey, they might differentiate on the road.

Lenovo’s IdeaPad is the consumer brand while the IBM legacy ThinkPad is for commercial/enterprise users and designed as such… There’s a reason why the Think brand is what it is considering that Intel, Google, NASA and others use them. That IdeaPad in the first post does look like Applish, though.

Speaking of Apple knockoffs, Acer’s Chromebook 14 could easily pass for a MacBook Air. 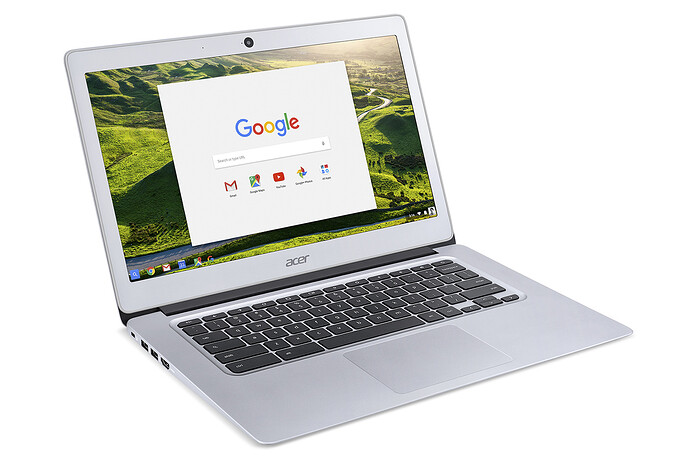