I’m looking for a material, process or anything/way I could have an LCD screen and when it’s not working it has the appearance of a metal surface. Does anybody have any ideas please? Maybe projecting a LCD’s screen onto a surface? Would probably not work though as I intend it to be used within a handheld device with a maximum size of a laptop tablet.

don’t know if this is any help

thanks for that. have you got any idea if its possible to put a different finish on the mirror? Excuse my lack of two way mirror knowlege!

i would imagine that you could take any sheet of plastic or glass with any surface texture you want on one side as long as the oposite side was smooth you could then apply a semi opaque film to the back of it, then project through the film and when the projection was off the plastic would appear to be the color of the film.

if this is for a one off model go get some window tint from the auto parts store and play around with it.

Understand what i am saying?

wish i had more time to elaborate but it’s time to head home.

You can apply a chromium plating to a glass surface.

There was a watch company a while back that did exctly what you’re talking about. It was this ovalish black watch that had a black chromed out bubbly crown. When you pushed the button the time would light up in red. Anyone remember that watch?

I heard the new nokias do that, the screen is a mirror whe you don´t use it, dunno how they do though, but you can maybe quotate that 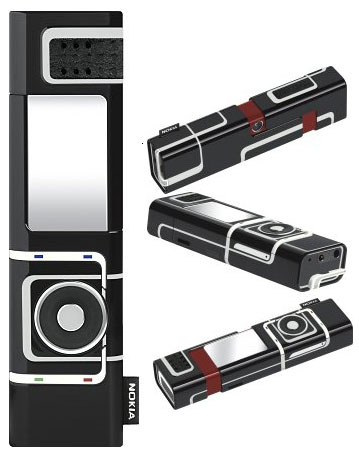 Yes Ryan I understand what you mean, thanks for the sugestion. dow317, just i wild guess but was it a pulsar spoon?

YEAH LOL. The spoon. Damn it was really bothering me all day. Thanks! haha. What ever happened to that watch, that was a pretty nifty watch as I recall.

The Motorola mpx220 does that already with its secondary display: 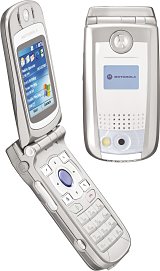 Don’t suppose anybody knows how the screens on the Nokia or Motorola work?

i would suppose it’s the two way mirror principle, just guessing though

I’m with Ono on this one. Pretty sure it’s a partially silvered mirror over the top of the LCD, and it’s just set up to crank out a lot of light. They might be using Organic LED screens to do that, since their light output is pretty juicy.

As for putting a brushed metal texture on the screen, you might be able to do it, but adding texture will make the image more and more blurry the farther you move the mirror from the screen. If it’s only about a glass thickness (like .010 inch or so) then you’ll probably be fine. You probably want to put the silvered coating on one side of the glass, and the texture on the other. Or you could make the texture a mylar cover sheat stuck on the glass with adhesive.