Hi All,
New to these forums, liking what I have read so far!! Need feedback on my AS Level lighting project:

The brief was to improve an existing IKEA light, and I chose this one, BASISK by Wiebke Braasch. 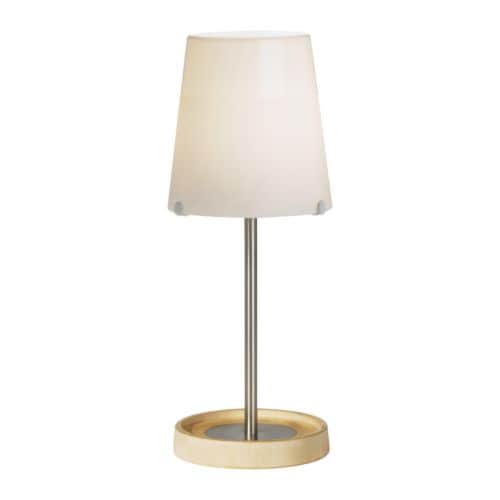 Primary issues I identified were assembly (small screws located inside the shade), and maintenance (broke the shade removing it to access the bulb) . Others included too many materials (machined wood, nickel, glass) and ergonomics (switch located on wire, often got lost under the table).

This is my final prototype, named Kraftfältlampa, Swedish for force field lamp. It consists of a HDPE 2 part sealed base, containing the circuit, and 8 acrylic diffusers. As well as the white light output, I have added an ambient red/blue flashing sequence. to switch between modes, a capacitive sensor is bonded on top of the base, which triggers when a hand is moved within a few centimetres. 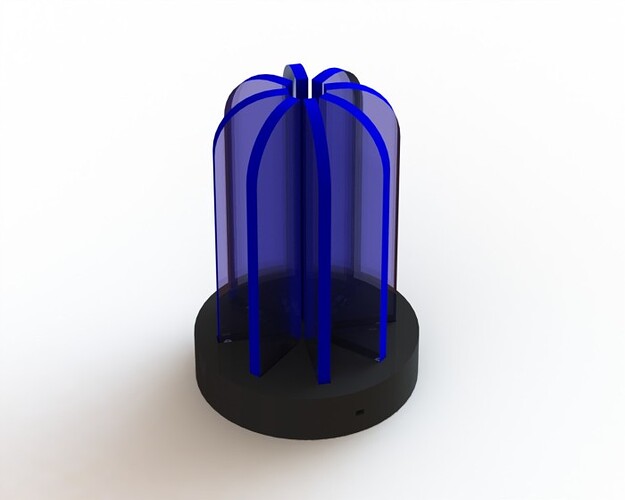 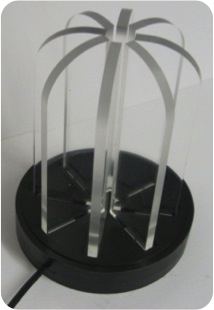 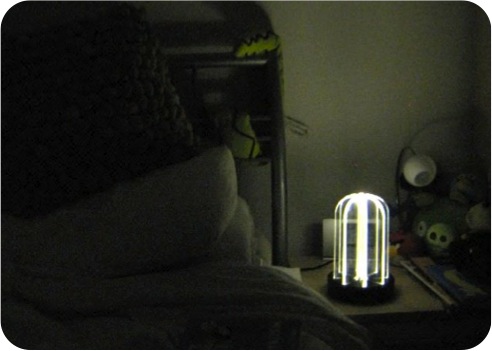 I would welcome any comments (good or bad/improvements/questions etc.)
Tom

Hi and welcome to the forums!

I like the length you have gone to, making both a 3d model and a working prototype. That said, I think you might have lost track of your brief a little bit, as I struggle to see what the lights have in common except both being bedside table lamps.

On one hand you have the IKEA light: traditional style, warm materials and colours. It’s a bit bland, but very safe.
Your light on the other hand is quite industrial looking and a lot colder. It’s also a lot cooler, and I really like the force field effect. I’d dare say though, that anyone buying it would have to consider carefully whether it fit in with the rest of the room.

Now, if the intention of the brief was that you take inspiration from an existing lamp and see how far you can go with it, then this might all be perfectly fine.

Regarding the red/blue sequence… Remember, that just because you can do something doesn’t mean you should. Personally I don’t see any value in it. I’d suggest rethinking that and maybe reading up a little on the psychology of colour and light. Having the option of a warm yellow or orange glow might be a better alternative.

By the way, I like your photos a lot more than the solidworks model.

Good luck and have fun,
nik

Really liking this, and congrats on making a working model!

I agree with hiower on the blue and red modes, and that closer variations on white and orange glow could work better. How did you get the red and blue color change? (would it be easy to adapt that to any color that you wanted?)

I think the edge lighting is interesting but that your black puck base is making the design feel cheap, a bit Sharper Image. Ironically, the only nice part of the original IKEA lamp is the base. I’d look to use wood and metal in the base. Make it feel like it belongs in a home, not like a piece of consumer electronics. The overall form of the blades has a full radius at the top, maybe look at a radius on the base as well. What happens when the blades intersect at a domed or angled surface?

I tend to think very mathematically, so appearance was pretty low priority on my spec… I tended to stay with neutral shapes and colours rather than making a statement, which in hindsight makes it look aesthetically confused.
I agree with the base looking chunky and heavy… I was considering casting it from pewter, but discounted this due to cost (then went and spent more on plastic). As for wood, not sure how this looks when combined with the clear glossy plastic. Another possibility would be to go with IKEA’s more childish style of brightly coloured, blobby shapes, or making the base clear to keep the ice look.
The simplest improvement would be machining in a white plastic instead. Adding a radius would require machining from both sides, but would be necessary for commercial production (injection molding) anyway.

The LEDs are controlled from a PIC in the circuit. I could have used pretty much any colour, and looking at it there probably is too much contrast between warm white and red/blue. Orange/yellow would probably suit it, or I could experiment with fading the white, possibly adding more interaction (varying brightness with proximity etc) ??

“Not sure how it looks” is never a sufficient answer. Design and render up 10 options, then decide!

Appearance may be low on your prioritiesbut if this thing made breakfast it wouldn’t matter if people don’t feel it is the right fit with their home. It is not about appearance, it is about cultural relevance and emotional resonance.