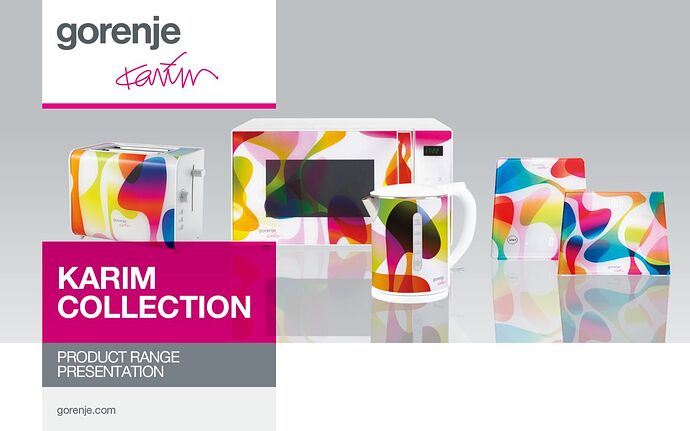 Fun collection. I think this might be CMF only, which is totally fine of course. I think there can be more of spectrum in countertop appliance beyond stainless boxes (BTW, not knocking stainless boxes, I love them, just saying it would be nice to give people choice)

I wondering how long you could live with it?

Yah, Dan, it seems like it would have a pretty niche appeal. I could see it for young women post college, maybe moving into their first apartment as almost a set. But even in a limited demographic it would probably be a small psychographic profile that this would appeal to. As a limited run CMF with a tightly controlled retail roll out it could work to bring attention to the line which could also be sold in white/black/grey.

Remember how Williams Sonoma used to do their cross brand color roll outs in the early 2000’s. I don’t think I’ve ever seen a retailer do that again since.

I wonder if something like this limits itself even more than normal because i think it only really makes sense if you buy all of them. If you only get 1 I am not sure what else in your kitchen would match.

seems like the toaster, kettle, and microwave could be a set. The standing scale can stand alone (not really in the kitchen set is it) and I wonder if this user has a use case for the small kitchen scale?

I agree, this would appeal to a small audience of people who want to go for this kind of aesthetic as the main interior theme. But I like the idea of adding a lot of color to devices. For the rest, it looks like some Chinese team aimed for a minimal product design with Karim adding his cool patterns. I like it but after just deciding on a kitchen and bathroom for our new house also realize that using a lot of color and pattern requires very smart decision making…

Of his recent work, I like this one better. Recycled acrylic and polyester. 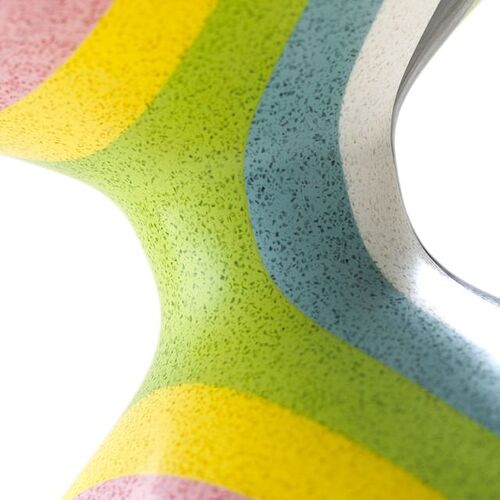 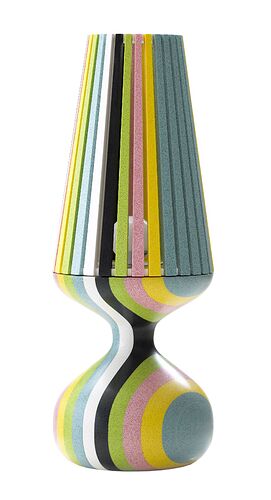 It’s fun to see some appliances with bold colour, but the kitchen that these fit into would be very very niche. Kitchen appliances in solid bright colours do exist but I think these rainbow patterns would be really straining to look at after a short time.