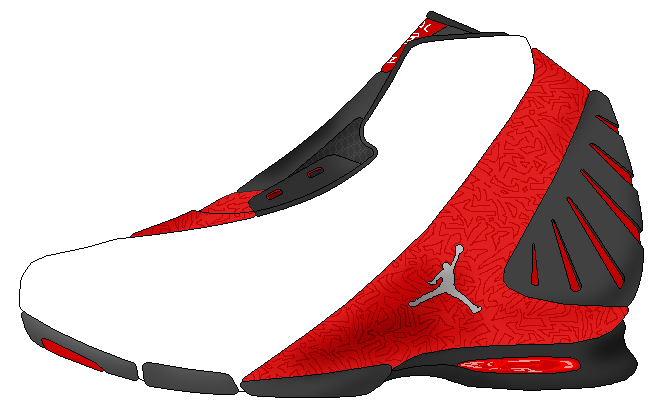 Some interesting stuff going on there Throwback.

I like a lot of what is going on up in the eyestay, I think if you sleekened out the proportions you would have something there… tell us a little bit about your background?

i just graduated high school and im starting college tomorrow. theres really nothing else to say i guess. im just a guy with a hoby.

i just finished up some other shoes…

supposed to be a kobe

Some really nice stuff, again, the proportions kind of kill them though, the overall shape is a bit puffy and kid like. These designs would be pretty hot if you sleekened the overall form.

Are you going to design school? Why not make it more than a hobby?

Those do look, especially right out of high school! If you are interested in designing things (ie footwear) look into an industrial design program. That’s not to say it’s the only route to designing shoes, but it will sure help with issues such as proportion, line weight/quality, and form development among others. Where are u heading for school?

im going to a small university in nebraska. im tryin to get into something with marketing and design or something along those lines. i will try to fix my designs to be more appealing. thanks for the comments

I like the way your are playing with form and materials. Don’t want to take away from your work. I think you have some potential, esp given the fact that you cranked these out in MS paint! Had you ever considered majoring in design?