you are a sick bastard

I cant say I like the final as much as some of the sketches…but the outsole is sick. Esp. the championship ‘icons’.

I have a question though. It seems like most (i dont wanna call them team shoes, but i will in this case) team shoes have similar ‘hints’ or cues from the upcoming flagship…How is that brought up in the design process…or how how do you coincide the two when they’re designed months apart?

The Air Jordan is usually fairly well developed before the team shoes for the same season are designed. It has a longer time line for development in most cases due to the new technologies etc. Then they decide on a few iconic cues to implement into the other projects order to tie the line together for that year or season. Otherwise, adjustments and running changes can also be made before production to do this.

Oh yeah…what the hell am I thinking!??


…seriously I am losing my mind or something

Oh yeah…what the hell am I thinking!??


…seriously I am losing my mind or something

must be that cali air huh?

I don’t have the colorway with me, but the last version I have is a slight sparkle finish new cobec, similar to the Jordan XX, but with a clear screen print graphic repeat of the icons on the tooling. The screen print is pretty money. It will not show up in photos thought (I’ve tried…) it is super subtle.

was out yesterday doing some trend forecasting and took this pic for ya of your shoe. still not that clear, but kinda shows the effect on your PU. nice and subtle. 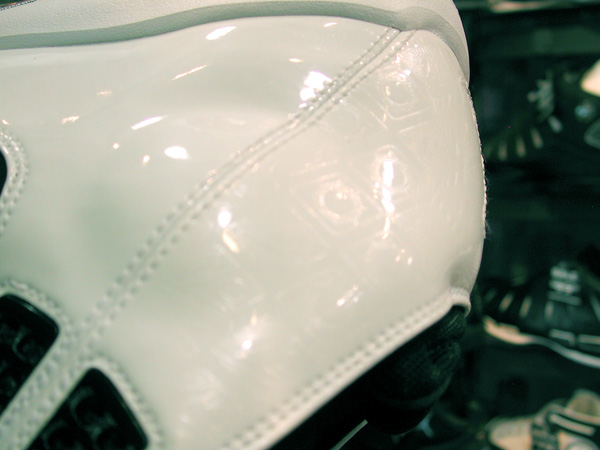 Here is a better shot of the bottom, I still need to take photos…