i have not posted any renderings in awhile and have been kind of wary of doing so but i have been stuck trying to decide how to really finish it, i figured i try to get some thoughts from people on this idea i had.

some anatomy issues to clean up for the opening board:

semi-finished version, the outsole is pretty bad i need to work on that. basically i been stuck at this point for about 2 weeks, i am hoping to get a different point of view and maybe even some ideas

the concept is a sprinters shoe for the future althlete, the shoe is actually 2 seperate parts [the midfoot/forefoot attaches and detaches via the 4 straps hence the name [2 piece]. there is a propulsion spring plate at the forefoot to give an added boost to the runners footstrike. i still have not finished the whole project they way i see it in my mind, i have to finish up the whole story and ultimately i would like design a whole futuristic world, like the glasses, track, and tracksuit.

nice work man. I can really see the improvement from your last stuff.

Jb, cool skecthes-I like how you explored different angles other than just a profile.

when I look at your project and see that you want it to be a printing shoe? or a track trainer?

I ask because when I look at your sketches they are all pretty thick midsoles and outsole ingeneral. This would not be light weight and flexible enough for the sprinter. If you are sereous about this project you might want to go and purchase a pair of track spike shoes, and see how they perform and see how they work as you walk. they are alot different than a trainer. also with track shoes the soles are different based off the distance that you will be running-(i am not too familiar with it)

here is a link to some pictures and different products 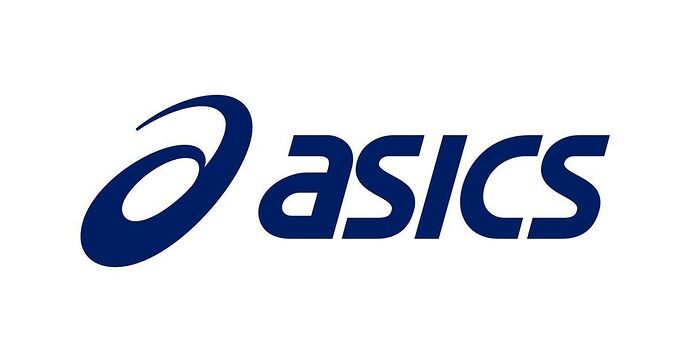 Get an inside look at ASICS running, from running shoes and apparel to running advice.

here is an image of a sprinting shoe-

I think once you understand more specifics than you will do an even better job. great start

thanks for the words peoples, they help a great deal, i definitely i am going to work on this some more. i used the sprint shoes in eastybay and a little research on the web as a jump of point. i did to the future althlete’s demands & specs, guessing what might make it more exciting.

the straps??? i dunno, i felt that it was a good way to get a tight fit from the 2 pieces and have them hold up.

one of my goals for doing this was to practice using digital media, i still get down with the trusty penicil, it is just i want to take the time i have as a student to learn as many methods as possible.

thanks for the links!

You should buy a pair of cheap sprinters shoes to see. I used to hurdle, high jump, long jump, relays, etc. Different shoes needed for all of them.
Sprinters soles are very thin and light since events last only seconds, no need for basketball shoe type cushioning.
Lots of them have a metal or plastic plate under the forefoot for spikes, indoor and outdoor.
Every ounce counts and you wouldn’t want anything that could have even the most remote chance of catching on something. Any buckles on the inside have a chance of hitting each other if the runner brushes the other foot coming out of the blocks. For hurdling, forgetaboutit, ankles and feet just barely skim over the top of the bar, protrusions will catch and give a nice case of track-rash.
Look at how minimum the gold shoes that were made for Michael Johnson a few years back, stripped down to the bare min for the ultra sprinter, although he could still win wearing street timbs.

hhaa. i could just imagine timbs on the track-that would be crazy

I remember a few yrs back when i was on the track team ( i only did I jump ) but we went up against one of the best in the state and he didnt even take out his spikes until the bar was at 6’5. i think he was a lil cocky, didnt even get out of his warm up-he jumped in air force ones-close to a timb style- still was crazy-

but ye, if you live near a dunhams they have cheap on slae shoes-or off eastbay-but hurry pretty soon it will be in season and u will pay more-

marion jones’s spike, the celar: The outer shell is a super slick Urethane coated textile, inside there is a full bootie (sock like structure like on a hurache) made out of super thin breathable mesh with traditional laces (still give the best fit adjustment) There was also a concept shoe we did for her for Sydney called the glass slipper, I’ll try to track down a pic cause it is really cool. It is molded in a stretchy soft injected urethane, with a small spike plate only in the toe area, there is no material under the heal, it just hangs out of the shoe, because a sprinters heal doesn’t touch the ground, so this save weight.

There ar some other col ones here:
http://www.runningunlimited.com/shoes/trackandfield.asp?cat=ss

yes…i remember the 1996 games my jaw pretty much dropped seeing those golden shoes. i ran track for about 3 weeks only indoor (i quit before the outdoor season beaciuse i could not afford spikes and i wanted to play in the basketball aau league) i ran in cross trainers and still won all the races i participated in 55m, 100m, 200m relay.

ahh i see your point skinny, i overlooked that maybe the straps were not such a good idea. yo, are those mj’s (marion jones, for clarification since there are 3 mj’s in this post jordan johnson & jones) sprint shoes, i thought she wore a version of the zoom air miler? anyway those are pretty sweet–but i do not see any laces. i used somewhat of the same rational for the cutouts at the heel of the shoe i did. i would love to the drawings for sport specific shoes (other than basketball) since they are really performance 1st.

I guess I should qualify my track shoe usage experience, it was back when I was in highschool, 88-92. I’m assuming they use better materials for them now. thanx for the some of the new tech updates yo.