I just received John Maeda’s January email. (if you don’t know who he is, use GOOGLE) He actually put this in an email - I’m totally shocked, WOW:

Seems like since he fell in with the hardcore Sand Hill Road VC crowd his proclamations and lengthy futurist screeds have become more strange. I liked the ten years ago John Maeda better. Maybe I need to get with the times. Botox my eyebrows and drink Soylent.

Wait. Solo means by yourself? Huh. I thought it was just a scruffy looking nerfherder.

Meada isn’t a trained designer, a lot of other things, though. I never understood how it made sense that he went from Associate Director of the Media Lab to President of RISDI. And, I never thought of him as a designer but I guess that everyone is a designer now.

Meada isn’t a trained designer, a lot of other things, though. I never understood how it made sense that he went from Associate Director of the Media Lab to President of RISDI. And, I never thought of him as a designer but I guess that everyone is a designer now.

I never got past the first 10 pages of his books. And the first six or so are colophon, introduction, french title.
I don’t even agree - the internet is mostly a solo thing. It’s not like we’re going to sit around surfing it together unless doing research or if you are part of a gaming team.
And in group dinners, my mind is racing more than I’m paying attention to what my body is doing.

But it does make me wonder, what activities/experience combine the mind and body best, and how can one design for this conjunction. The sandbox and activity games for children, yoga for young adults, what can it be for adults? Gestural and tangible interfaces are to me the best part of the future of UI / UX / CX. 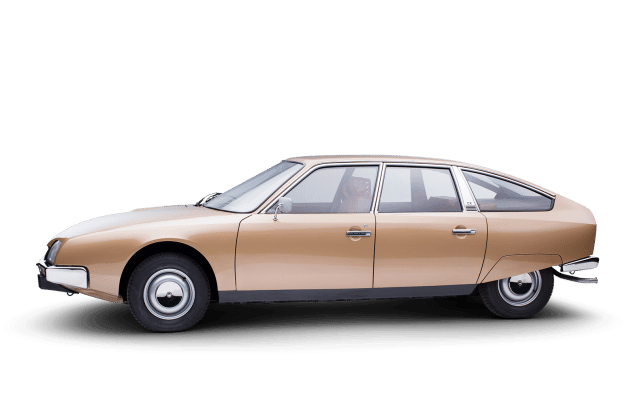 I have to say, there are a few people that always get quoted in design articles in the mass media who seem to have no clue about design. I should blast all the business journalists in NA with the emails of some of the people on this board. The masses would be much better informed.

What does that have to do with John Meada or CX (Consumer Experience) ???

What does that have to do with John Meada or CX (Consumer Experience) ???

I think Mr. Maeda is just partially in the wrong place? Trying to keep too many plates spinning? Somehow I feel it’s better people stick with what they’re good at, and I do appreciate his work as a digital artist a lot. That’s top class. It may be a matter of taste too; some say Donald Norman doesn’t know anything about UX or design, but I always thought his ideas were extremely insightful. Some types of media just need to have a few representative faces. It’s ok to ignore those media.

I think Don Norman knows a lot, but only had one great book in him. His articles are hit or miss, but aren’t we all at some point? If Norman had a talk in Montreal, I would feel that’s a must-see opportunity, which I can’t say for many other design-critics/writers.

I’ve had met with both John and Don Norman a few times. I found Don to be much more humble and self deprecating than I would have thought. He was really easy to talk to. A good skeptical contrarian type who loves to take opposite positions on his own opinions just to see where they go. Don seemed genuinely curious to talk to people and be both a participant and observer in the situations he was in. Maybe it was just my interactions with John but he seemed a bit more focused on presenting a position of authority. As stated, his experience might not lend itself to that. Don had more of a “I just find myself in this position, a long time university professor who happened to be offered a job at apple at just the right time, wrote a few books and spun it into a successful consulting and speaking practice”.

After about 10 minutes into my second meeting with Don, while trying my best to be very respectful of his process, he looks at my point blank and says “Michael, I get the feeling you think my design thinking methodology is bullshit!” … to which I said “well, I was trying to be nice about it, but I think it probably is 75-80% BS”… and surprisingly he said “well, your right! My process will always yield a “good” result, but who wants just “good”, we want great, and it will never do that. What I do is basically a really expensive way to do design by committee which is never going to get you anything but incremental improvement at best”… and then my jaw audibly hit the floor. 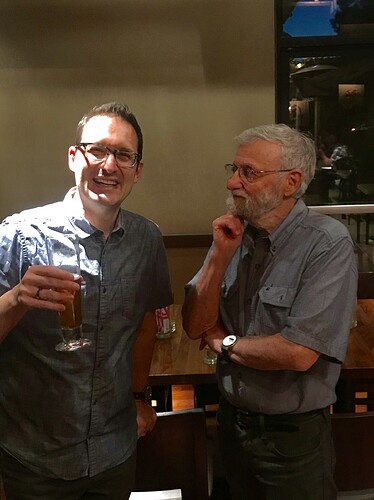 They say WHAT? The Nielsen/Norman Group, Don Norman? That’s the craziest thing I’ve ever heard.

That’s a great picture Mike. Sums up my perceptions of both of your personalities perfectly.

made it that much better.