Are these shows teaching kids the wrong way to respect shop tools? 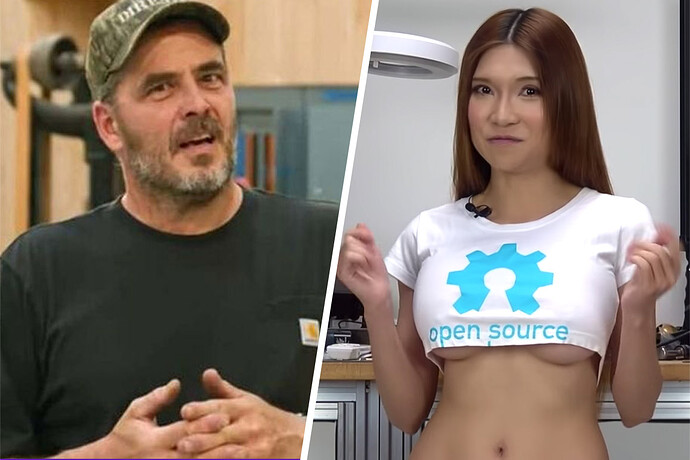 Are Jimmy DiResta’s Builds On Netflix’s ‘Making Fun’ Safe? This...

A popular China-based YouTuber explained all the ways Jimmy DiResta and his crew are risking life and limb on their new series. 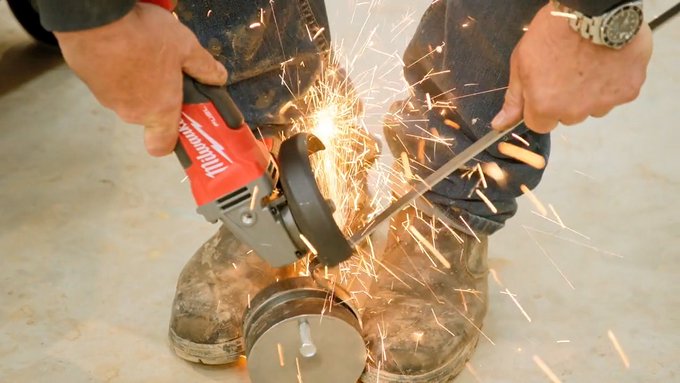 Are these shows teaching kids the wrong way to respect shop tools?

Absolute! I always liked Diresta’s attitude about making, but he is unsafe. He can do whatever he want to himself but it should not be an example to illustrate to children.

I think it’s pretty common for people who have attended art school to have a relax emphasis on safety. The instruction on correct procedures is often just a “demo” and is not reinforced. Similarly, artist generally do not have the means to buy the correct tools and “make it work” for what they need. It’s a mindset that is encouraged in art schools, sometimes in a good way but often not ideal when it comes to powerful tools.

During my years at art school I witness two people each loss a finger. If you like being in the shop follow the safety rules. There not in place to stifle creativity but to increase your longevity.

hmmm. It’s not an “educational” show or a show on how to build stuff. It’s an entertainment show; build me “a giant cat that throws cat poop” or a “unicorn that farts glitter”. My kids watch the show and I don’t recall them ever showing or instructing how to use tools. The kids say what they want and this group of personalities build it how they want.
And yes, there’s a thousand rules being broken on every shop, sometimes speed trumps safety. We’ve all done it and I can just see how a person with 20+ experience in a shop would have developed bad habits that make his work go faster. But again, this is not a show to teach 6 year olds how to use power tools to make canons, catapults, etc.
Should we dissect how other TV shows, movies & games are teaching kids and adults bad habits as to how to behave in society?

I have seen Jimmy Diresta’s video on you-tube and featured here on Core as well. I quite enjoy them and it’s clear that he is talented. I like the guy.

I admit I’ve never seen this Netflix show targeted at children. I don’t think that changes anything. His practices are often quick and dirty. Does he get good results yes. Is he setting a good example in the context of proper procedure, no.

I think that was the question. I don’t think it discredits the shows entertainment value. I think your argument is a slippery slope.

Should we dissect how other TV shows, movies & games are teaching kids and adults bad habits as to how to behave in society?

Yes, as a parent and or mentor. Outside of that no.

Should we dissect how other TV shows, movies & games are teaching kids and adults bad habits as to how to behave in society?

Definitely, especially if they aren’t intended as comic shows for entertainment.
Finding Japanese shows would be fun since they get so crazy.

But I do believe that correct procedure is to be adhered to at all times.
And in the long run it’s faster because it streamlines the organization, not only keeping the workplace clean but also the minds of its staff members.
To me it’s like a purity percentage

I’ve just reviewed all of the relevant data. This takedown by Naomi Wu is nothing more than an attempt to ride the cancel culture train via. twitter…Yawn. Having stated that, there are some serious safety issues that are left to chance and used as comic relief here in this series. Its slap stick comedy for the 21st century. I get it.

If this show has legs, I would presume the producers would want to create a few episodes that address safety after they develop an audience. What is clear to me is that using middle aged, bearded white guys as workshop clowns who are willing to repeat poop jokes ad nauseum is something that Netflix is willing to dump millions of dollars into to see if it can grow to the level of Squid Game which is the current bar for Neflix success.

It reveals to me how the broader internet and subscription streaming programming are beginning to blend together and feed off of one another to create momentum for the 7-12 yo child demographic. As far as exposing the next generation to “making”, what we are really seeing here on this platform Netflix are kids being conditioned to think that they can scream orders into a camera and get adults to make their last snack and bed time story come to life. Its Willy Wonka on steroids.

I posted this here because I’ve seen ID students (GenY, GenZ) in the shop, ill equipped to even begin to learn the proper way to use shop tools. Their heads are filled with abstractions about how power tools should work (from television and movies) and have zero relevant experience with actually using dangerous tools. These are the ones who cut off their finger using the table saw and irrevocably change their whole life. It is indeed tragic and sad.

Another long winded get off my lawn rants with all sorts of buzz words that serve only to increase conflict. And with the greatest irony, they think they aren’t part of the problem.

Maybe we should bring shop classes back to University course work and leave TV shows as entertainment? Radical idea but I remember taking Wood, Metals, Plastics separately and a Design Production Techniques (I think that’s what it was called) class where you took everything you learned on the previous 3 shop classes into practice on ID products.
Now you have recent grads wanting to 3D Print a 10x10x.25 flat rectangle.

Now you have recent grads wanting to 3D Print a 10x10x.25 flat rectangle.

That was the last cohort.

The latest one just makes everything as an NFT.

Maybe we should bring shop classes back to University course work and leave TV shows as entertainment? Radical idea.

100%. Any worthwhile shop where a designer might want to make something will have a safety course intro. Any responsible home shop owner will instruct others in their appropriate use. Of course there are many that don’t, and people get hurt or maimed as a result of f*cking around and finding out.

My workplace has a general shop that you can get certified to use (wood or soft material tools mostly), and the pro shop that you aren’t allowed to even enter.

Now you have recent grads wanting to 3D Print a 10x10x.25 flat rectangle.

That was the last cohort.

The latest one just makes everything as an NFT.

Yeah, I think we are starting to venture into some weird territory. I visited a college and toured the studios. l enjoy seeing what the students are working on.

I was surprised to see students in the ceramics department using a 3D printer. I talked to the chair and he was really excited about it. There was this sense like they thought it was magic. I remember thinking “it’s just a tool”.

I thinks it’s going to suck for the students that chose not to build versatile skills because they were so seduced by the new and shiny. Even in the ceramics department. Yikes!

Tools come and go… though some of the processes will be the similar, the tools will always change (stating the obvious, I know). I do think there is a benefit to learning a wide variety of tools. I didn’t come from a very handy family. My household had no power tools. But I was lucky enough to take woodshop in high school where I learned how to use a planer, a tablesaw, a bandsaw, a jigsaw, etc. This put me in a better position when I went to college where I had to build models and the like (I still wasn’t great at it, but imagine if I had never taken that woodshop class… my high school teacher even let me use the high school shop on college breaks to work on models. Mr Wagner was a good guy.).

Anyway, tools come and go, but having the ability to be mentally flexible, think through things, communicate, be organized, professional, communicate well, be collaborative, have a learners mindset and so on… these are durable skills.

Anyway, waaaaay OT here. I’ve only seen one episode of the show where tey made a T Rex that vomits candy tacos… I didn’t happen to pay much attention to the shop techniques…

Anyway, waaaaay OT here. I’ve only seen one episode of the show where tey made a T Rex that vomits candy tacos… I didn’t happen to pay much attention to the shop techniques…

My kids think it’s funny. My wife hates it.

Maybe we should bring shop classes back to University course work and leave TV shows as entertainment? Radical idea.

That hits the nail on the head… entertainment/comedy and real work are to be kept entirely separate.
And I’m not trying to be old-school dogmatic here; it’s just how it works.

I learned that the point of watching TV shows/movies is more about connecting with the minds of the makers rather than relating it directly to your profession. Just like reading a book is not so much about the story itself. You open up for new ideas/creativity/ways of thinking and speaking/lifestyle etc. And sometimes you’ll take a direct reference from it, too.