A sneak peek video of the next Jeter was released this weekend. Thought you might enjoy:

Designed by Jason Mayden, I think this is the best one yet The details on this thing are pretty crazy, I’m sure more info will be released on what they all mean in the coming weeks…

That shoe is sweet. I’ve noticed that Jeter is playing in a cleated version of this shoe, as usual.

Mike, I only played baseball through the age of 15, and never wore anything but low-cut shoes on the field. It’s interesting to me that so many baseball players like to play in highs. For outfielders, it’s more understandable. But for infielders, it seems high tops would be too cumbersome. I’m wondering if you have any knowledge of Jeter’s specific input in the design process as realated to that. Does he like highs for the protection from other cleated players during plays at the bag, the ankle support, or some other reason?

It seems pro baseball players are also very conscious of their appearance—probably right behind NBA players. Perhaps that’s a matter of comfort, in establishing a consistent look and feel on the field, or maybe superstition has a role. I know baseball players as a group are known for being very superstitious. Just wondering if you had knowledge of any of those particulars in regard to Derek Jeter.

The zig zag midsole edge line seems a little distracting. The ups and downs seem a little arbitrary as to their placement.

Yo, what’s the story behind the holes in the white upper part? Lemme guess, the holes represent the average number of homers Jeter hit per game for the seasons in which the Yankees won the pennant?

Definitely loving the toe down view of this shoe and the underlay construction of the anti-abrasive part of the toe.

Is there a benefit to the way the eyerow is constructed on this shoe? Found that interesting. I know you guys love clean and folded adges so I am guessinf it was just an aesthetic call.

I will say I was a bit disappointed with the blatant similarity to the 1.5 in the heel area. A few more minor changes would have taken it somewhere else for me. i.e. perhaps a different texture or material, shape, or logo placement. I think maybe the outsole graphic could have been executed better as well (somewhat cluttered/monochromatic/difficult to see), but know it was probably more of a costing issue.

Brett_nyc, I don’t know if there’s a story behind the number of holes, but those holes make 4 stripes. There are several marks of 4 on the shoe—4 perfed stripes, 4 traditional eyelets, 4 flex notches in the lateral edge of the outsole/midsole, and 4 embossed lines on the heel pull tab. I would guess those are all references to Jeter’s 4 World Series Rings. 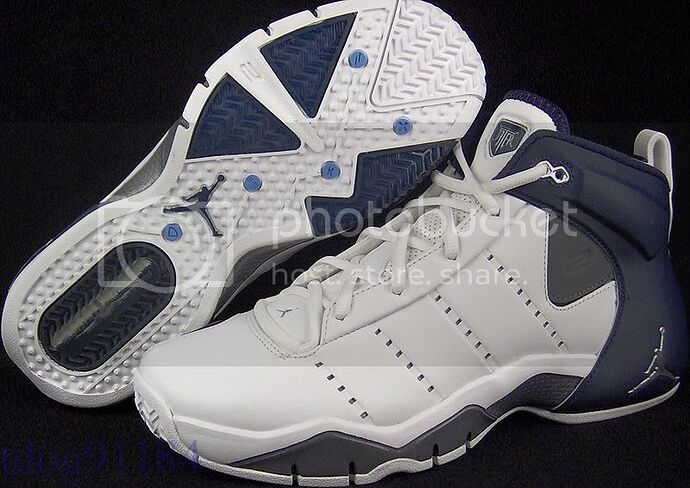 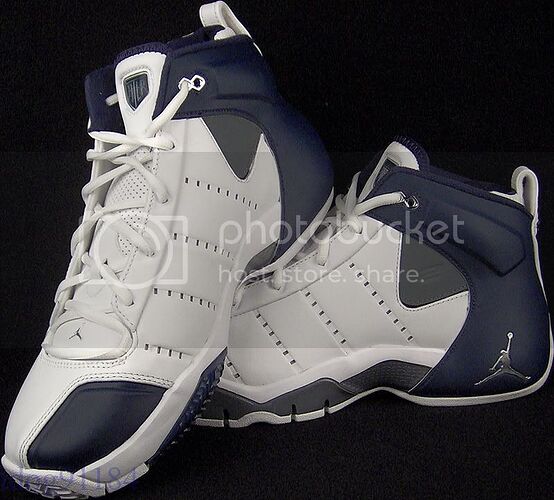 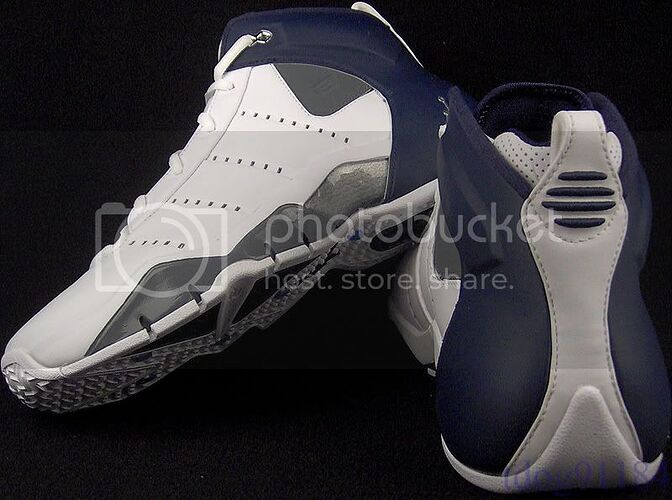 I came across this info at slamonline.com, they are giving the Jeters away as a prize, lots of cool details…

PROFILE
The Jumpman Jeter Vital continues the long-standing Jordan tradition of dedication to performance and cutting
edge technology. The shoe, inspired by Team Jordan athlete and New York Yankee Derek Jeter, who was one
of the original members of the inaugural group of Team Jordan athletes in 1997, is currently one of the only
signature shoes on the market inspired by a marquee baseball athlete.

Designed with Jeter in mind, the shoeâ€™s technology is engineered to increase performance while ensuring
comfort and optimal support. The Jumpman Jeter Vital is categorized as a turf and field trainer and takes specific
cues from Jeter himself for his specific performance needs.

Since being named Major League Baseballâ€™s 1996 Rookie of the Year, Jeter has become one of the gameâ€™s most
complete ballplayers and earned some of the greatest achievements in the sport, including the All-Star Game
MVP, World Series MVP, three Gold Glove awards, and four World Series titles. Destined for Hall of Fame
status, his impact on New York and on the gameâ€™s most storied franchise has been incalculable.

UPPER
Combination of synthetic and full grain leather upper. Foam backed collar lining, and heel offer interior comfort
and protection. Asymmetrical toe offers protection against toe drag. Lateral window cut out offers freedom of
movement as well as breathability.
MIDSOLE
Dual density phylon midsole provides performance cushioning. Internal shank plate for added arch support.
OUTSOLE
Lightweight solid rubber with a combination herringbone and nubby outsole pattern for multi-surface traction.
Integrated forefoot flex grooves are strategically placed to enhance transition and quick movements.
DESIGN FEATURES
â€¢ Shoe inspired by Batman as Jeter is similar to Bruce Wayne
â€¢ New Jeter logo on tongue of shoe
â€¢ Glow in the dark forefoot painted wing
â€¢ Toe cap is reinforced to mimic a steel protective toe cap
â€¢ Four stripes on the heel pull tab represent the four World Series victories. Also Jeter is the Captain of
the Yankees and when one becomes a Captain in the military they receive four stripes.
â€¢ Jeter wing poster on sole of shoe with quote â€œRespect Earned When No One is Lookingâ€
â€¢ #2 on sole of shoe (Jeterâ€™s number)
â€¢ Jeter is a 5 Tool Player. There are 5 points on the bottom of the show to showcase each of these
aspects:
â€¢ Hitting for Average (illustrated with the point that has two lines through it, top left point)
â€¢ Hitting for Power (illustrated with the point that has the plus sign, top right point)
â€¢ Speed (illustrated with the point that looks similar to a lightning bolt, second row point)
â€¢ Throwing (illustrated with the point that looks similar to barbells, third row point)
â€¢ Fielding (illustrated with the point that looks similar to a baseball field, last row point)
RETAIL PRICE
$110
LAUNCH DATE
March 31, 2007