Here’s some process pics of a toy I’m making. You can view more pics at http://www.j6x2.com/?cat=8. I’m in the process of making a mold and casting it in resin.

thats cool. is that plasticine clay you’re using on the model? you used to write? … makes me want to make a toy…

I used to write when I was a kid.

rusto’s got the gusto. i’ve decided to start a toy… ill post some work when ive got something to show.

I started to make the mold. 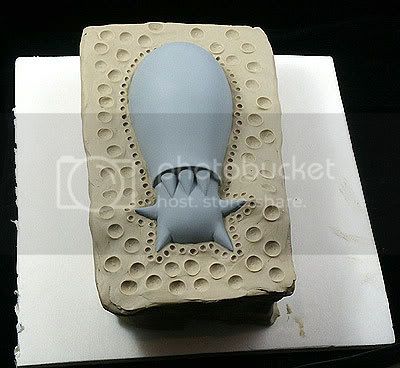 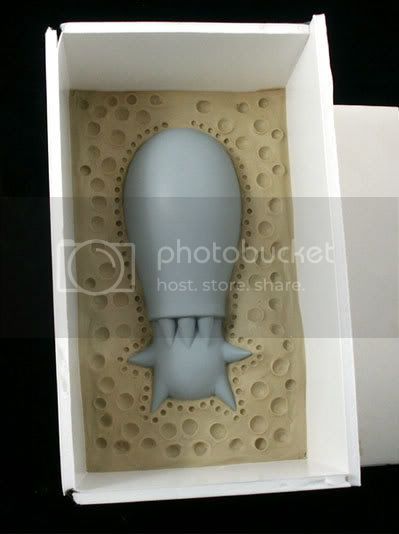 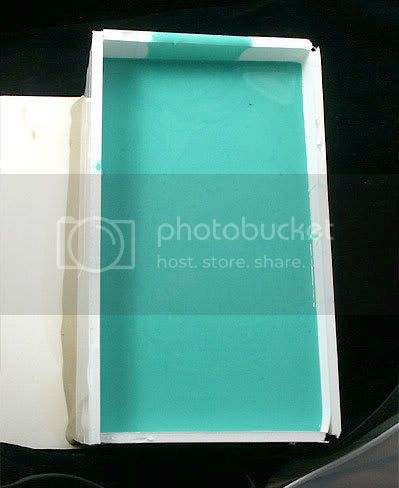 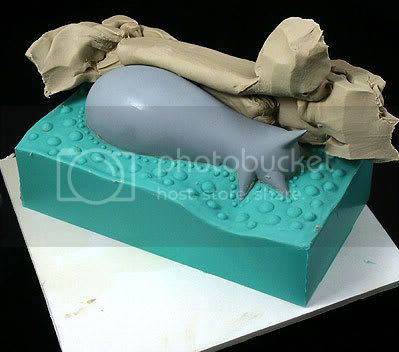 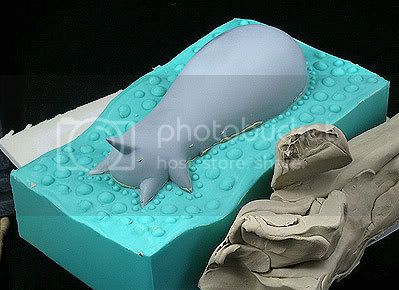 nice… keep posting your progress man, this is good stuff to watch. thanks!

Thanks! Here’s 2 more. I hope to cast a prototype tomorrow. 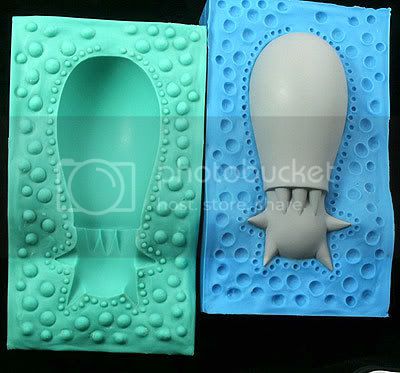 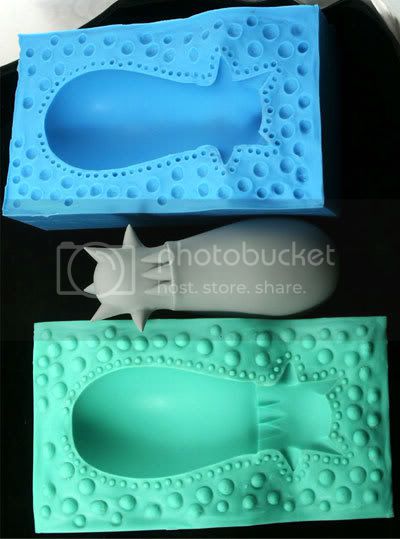 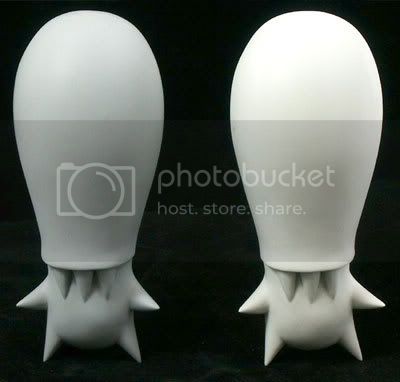 Quick question. How did you pour the resin into the 2-part mold? I don’t see any channel dug for the pour on those molds.

in response to the pouring dilemma; with rotomolding does one pour casting resin into open mold and then when it is closed and rotated it adheres to all sides uniformly.

i think that is the process.

Well it seems that the mold isn’t ridgid, so I don’t think it’s pressure assisted or rotomolding. Also, he said it’s casted with resin, so I am also expecting a longer curing time than thermoplastics.

from the photos it looks like the mold is silicone and he may have cast it with polyurethane resin.
There is alot of variation in the demold times on these products; anywhere from a couple of minutes to hours+.

Any silicone or polyurethane above shore 40+ would be pretty firm at the thickness his mold is cast in.

I have to admit i have not Rotomolded, although i have done one and two part molding/casting and I understand the principal of rotationally molding.

this company was started by a guy i know here in Richardson, TX.

If you have not done moldmaking and casting before, it is awesome.

check out Mitch’s web site Brick in the Yard.

I was doing some reading on rotational molding on wikipedia and it seems like there are some other techniques. 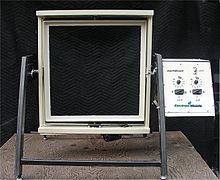 Rotational molding (BrE: moulding) involves a heated mold which is filled with a charge or shot weight of material. It is then slowly rotated (usually around two perpendicular axes), causing the softened material to disperse and stick to the walls of the mold forming a hollow part. In order to form an even thickness throughout the part, the mold rotates at all times during the heating phase, and then continues to rotate during the cooling phase to avoid sagging or deformation. The process was ...

Here is the pour spout. It wasn’t cut out in the above photos. When it is rotocasting, I put the plug in. There is a small hole drilled in the plug so that some of the heat can vent.

Apparently the resin gets hot and expands. The hot air would bulge the mold if it couldn’t escape. The heat and a little resin goes out the hole.

You have to put a little zip lock bag around the plug when you rotocast it so it will catch the resin. If not, the resin will fly around the room. The resin is Smooth-Cast 320. About 10 minute demold time. 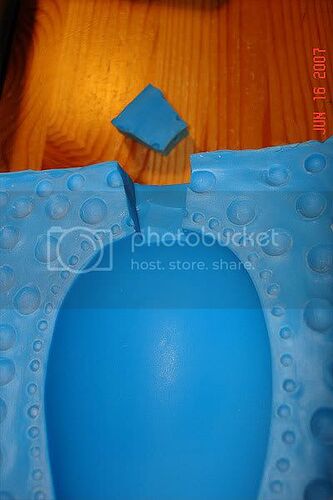 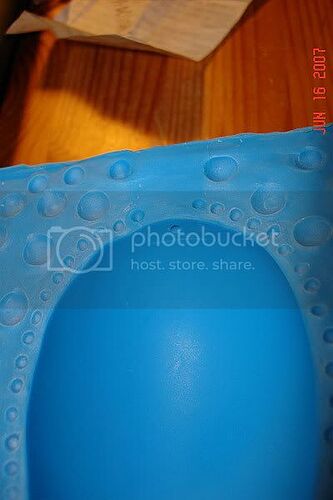 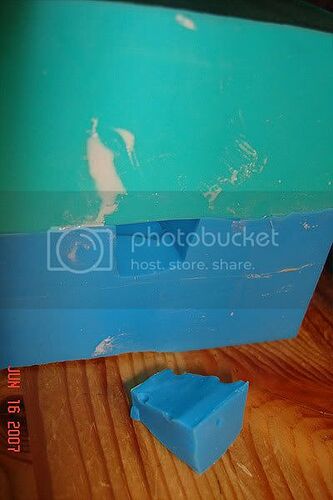 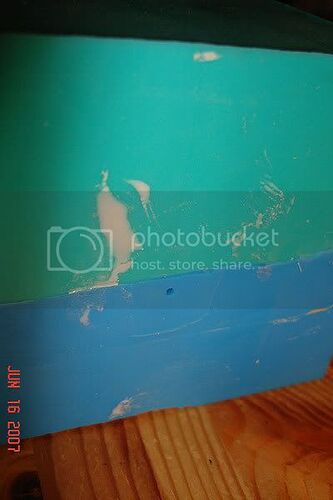 Here are the 2 colored ones using the tinted amber resin. (Smooth-Cast 325) These weren’t rotocast. They were poured normally.

The second pic is back lit from outside and really shows the color off. These have not been cleaned up yet. There’s a small line where the molds comes together but it can be sanded off pretty easy.

You can control where the line is when you add the clay for the initial molds. 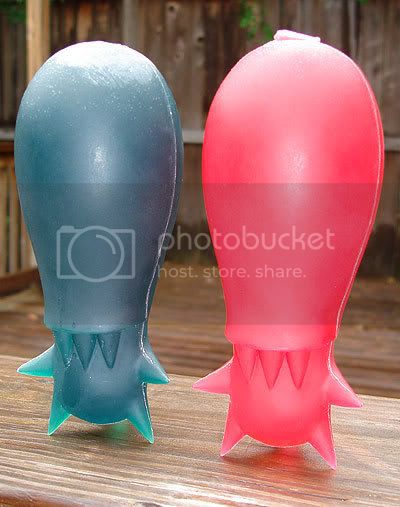 thanks for the additional tips and photos.
it sounds like you were experimenting as well.

can i ask you about the rotocaster?
did you make it yourself?
what are the rpms?
does it have 2 rotational axis?

HERE is a video of the rotocast machine.

HERE is a video of the rotocast machine.

Thanks for posting all of this stuff, Jester. It’s really cool to see the process - I love the tinted resin shots. It’s a really cool character design to experiment with…

No problem! Thanks for all who commented. Usually the toy section moves real slow!!

Once I get more things done, I’ll post more pics.