dont frequent this section much. apologies if this has already been posted. caught the link on another site. thought it might be of interest. 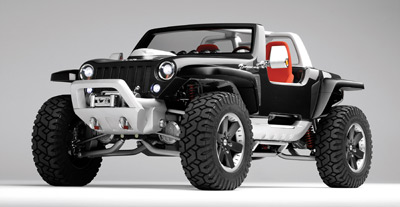 How the Jeep Hurricane Works

The Jeep Hurricane is meant to be an extreme vehicle. It's certainly not intended for the average driver. According to Trevor Creed, Senior VP of Chrysler Group Design, "Jeep Hurricane is simply the most maneuverable, most capable and most powerful...

Refreshing to see that Jeep is ignoring the HUMMER crowd and keeping it real.

one of my classmates designed this, Aaron Pazutti. I caught up with him at the Detroit show this year, he’s a great designer, does his thing vs following the “trends”. This thing has two engines!

Some other views and early models:

and it would have two engines, we are thinking … why?

Yeah, this thing is smokin’. Actually one of my classmates, Dan Zimmermann did the interior on this.

Dan was was one of my instructors. Didn’t realize he did the interior. I think this was by far the best concept at the show. A lot of them seemed very grounded in today, this one seemed to look forward a bit more.

with an Ackermann radius of, zero?

it is an interesting concept as far as steering is concerned. Seems it has derived a lot of inspiration from huge Renault Tractors and land movers in terms of turning radius. Although the concept of using HEMI is yet to be grasped by me. Perhaps here I would need and appreciate a helping hand in understanding what is HEMI?

Styling and proportions look quite admirable as compared to more bolsterous and montrous Hummer. Truly a show-stealer.

HEMI is derived from the hemispherical shape of the combustion chamber in the head.

Up until 1948 or so cylinder heads were flat (hence the term “flathead”) and the valves were off to one side of the cyclinder; the cam was lower in the block above the crank and connected with long pushrods.

The hemispherically shaped head allowed the valves to be mounted in the head. 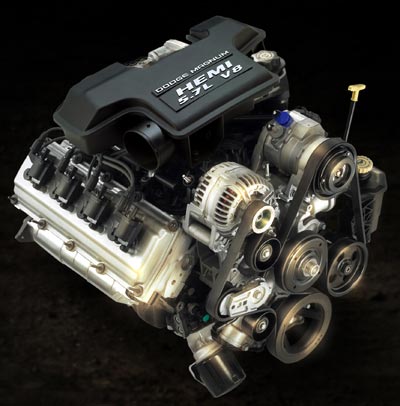 Even if you don't know much about cars, the word "HEMI" might still mean something to you. It's become a synonym for big, powerful engines.

HowStuffWorks needs to check their facts. Jaguar was not the first to produce a hemi engine; the earliest is said to be from 1903.

There were also many engines that used overhead valves and overhead cams before the 1940’s. 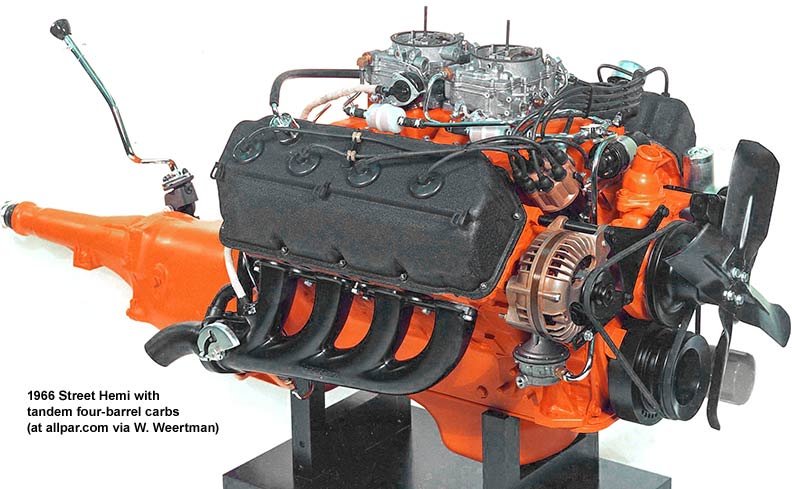 Origin of the Mopar Hemi engine, Ardun Heads, and Riley cars Former Chrysler engineer Pete Hagenbuch wrote: The question of who invented the hemispherical combustion chamber is rather a silly way to waste time. Chrysler didn't, and never claimed...

Today, HEMI is pretty much all marketing hype. There are better design that produce more power per displacement, but I guess efficiency doesn’t market as well these days.

ONe thing our imagination has taught us- ANYTHING IS POSSIBLE.

Can it go anywhere and do anything? Yes


Can it turn within it’s own footprint? Yes.

(when Aaron and I fist saw this happen live at Detriot, it was UNREAL!)

Yo, as far as being an instructor, I don’t know yor full name, but I have been teaching at Cleveland for a long time.