Why do the japanese design products with such small buttons and confusing interfaces? Am I the only on that is turned off by Sony design and other japanese brands? Comes to mind since I’ve been shopping for a palm lately, and the very popular Clie line of Palm Pilots do everything, but I can’t get past that design. On the other hand, the new PalmOne Zire 72 (AKA my Precious-bought one yesterday) has a great look, easy to use interface, and great features. What do you guys think? I’m just putting it out there for discussion. I’ll take Apple, Dell, Philips, PalmOne, Sharp, Etc. over pretty much anything coming out of Asia design-wise. When it comes to design, the Euros are too high-minded, the Asians are too complicated, and the American stuff is just right. Discuss. 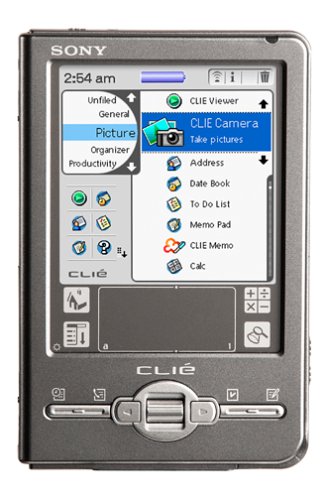 When it comes to digital camera interface, Sony has one of the most well designed one.

Nikon’s interface takes a while to get used to. Olympus is slightly more complicated.

For cellphones, I like Nokia’s most. It’s idiot proof as some say. I have a motorola and I find some of the features don’t make sense.

Well, Asian market is different from US market. The reason why cellphones in Asia has a much larger range of variety is because people want sooooo much more, that includes camera, internet, sms( typing) and tone composing. Asian devices have to cater for those needs.

In the US where people want things that are simple and direct. Take washing machine for an example. There hasn’t been much change. It’s always a white box with the most basic features, whereas in Asia, they are made of fancy colored plastic with crowns and sometimes complex shapes, with LED touch screens and a bunch of washing technologies like sonic, atomising and all that crap.

So when something as small as an electronic device is concerned, I believe that companies won’t be bothered to design a separate product just for the US market. Afterall, people replace theirs every three years on average.

I do think it is quite powerfull when brands merge there areas of expertise to create comething neither could do individually.


By the way have you ever seen a Palm Pilot case that didn’t have room for a pad of paper and a pen? Telling isn’t it.

I am going to shoot my ignorance into this thread and see what happens. I’m not too familiar with the usage of a PDA. Most of the interface is on the screen though, correct? In fact aren’t the buttons nearly never used? I hope that I’m right, because if not, Sony has a problem! Those buttons do seem a little too small.

From a purely aesthetic stand point I think both designs are wonderful, just targeted to different users. Personally, I would never rip that Palm out to take notes if a client was around, it just looks too toyish, whereas the Sony looks like a serious business tool. But that’s just me.