They have a gallery up over at Jalopnik:

The 2010 Jaguar XJ has shed its retro skin to set a new course for the company's flagship sedan. The future of the XJ will include a 510 HP supercharged V8, aluminum body, and virtual instruments. Also, it'll look XF-ier!

Some very weird things on the exterior. The big upright grille and weird color break on the C pillar. I kind of like the rear more than the XF…it’s far cleaner. I love the tail lights, they are like candy. The interior looks very futuristic and distinctive.

They completely destroyed the back of the car which was what I liked most about the first version. It kind of reminded me the tail lights of aston martin.

This detail was also amazing if the previous version 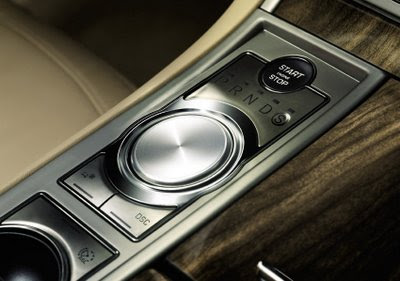 I drove the 2009 recently and the interior finition is just amazing.

It would also be nice to see them work on the reliability issue they have!

-the tail really reminds me of the Lexus Sc 430, which is a little more resolved I think.

I think I’d love it if they had kept the everything and just updated the face. 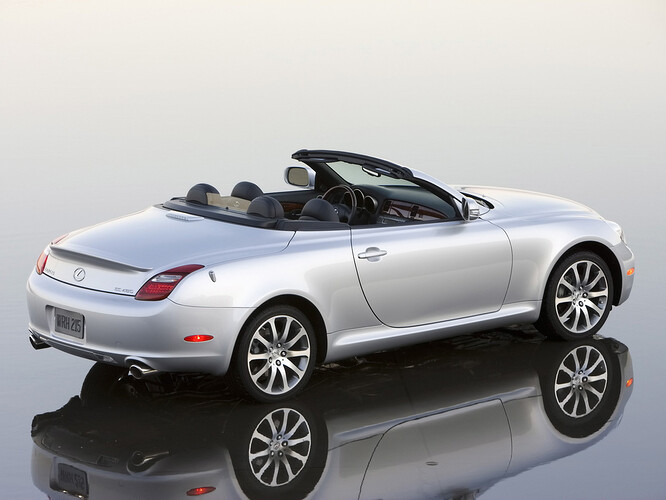 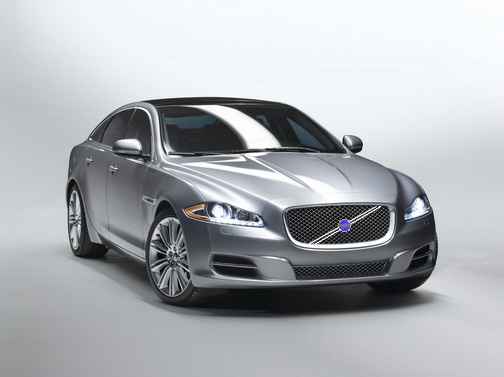 Tata owns Jag, but most of the development for the XJ was under Ford. I believe the engines still come from a Ford factory, but Tata has the rights to buy them for a few years.

Mr, I was alluding (with a crude flourish of my own), and in a very round-about way, to the similarities between the 2010 XJag and the 2006-'08 Volvo/Heico S80 “factory” conversions.

Besides loosing most of Jaguar’s “XJ” cues, they moved too far away from the XF concept car in my opinion; too soft. Like Brett commented; it became sleepy … and somewhat Lexus Sc 430-ish. “Japanese” overall, in my opinion. The stern suffered a similar fate; the deep cut for the rear deck (probably to better facilitate luggage access) really destroys the definition. And function aside, I’m beginning to tire (no pun intended … baloney, the pun was intended) of the 19+ inch diameter wheel syndrome. … I know, reduced unsprung weight and all that… … they’re a royal pain to clean, and they’re becoming a bit of a bore. Everything has to have “mag” style wheel on it now?

But no matter how you cut it, Jag-u-r builds incredibly beautiful road machines… … 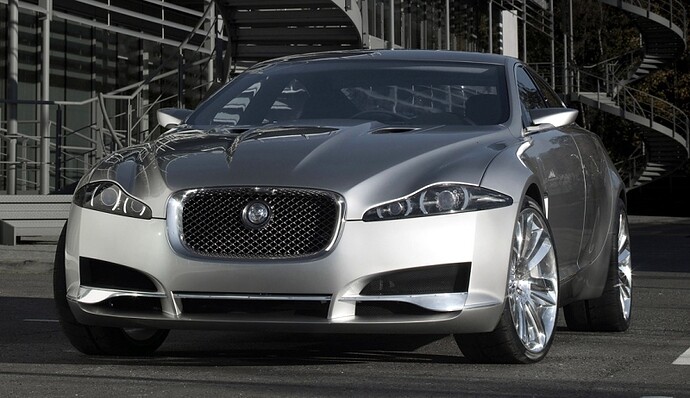 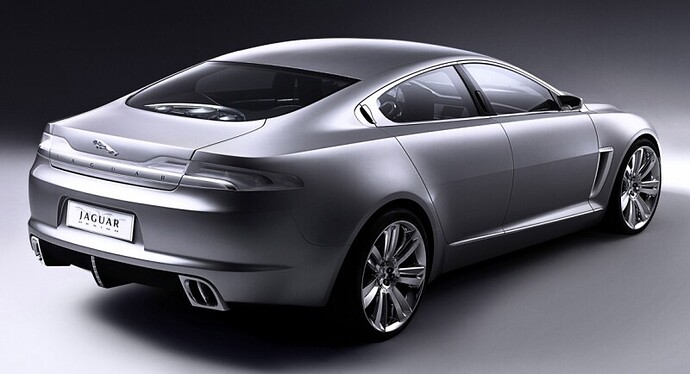 kind of disappointed I have to say… doesn’t look like a Jag!

I’m amazed when brands walk away from such good DNA! I know everyone wants to put their mark on it, but keep it true as well.

The rear light treatment reminds me of an old Lancia look . . . 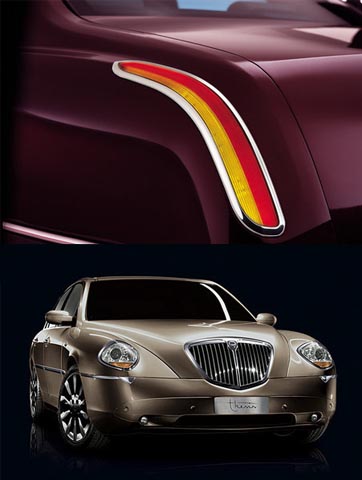 Seeing the side view, the roof-line is actually pretty nice. That rear wheel needs to slide back about 8" though. The rear overhang is way too long, especially compared with the front.

The back end is still odd looking even from a high angle. The blacked out portion of the C pillar still puzzles me too. It really disrupts the overall flow. 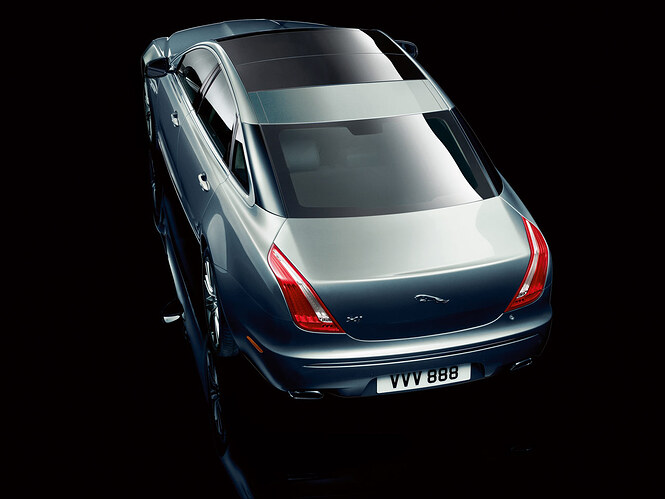 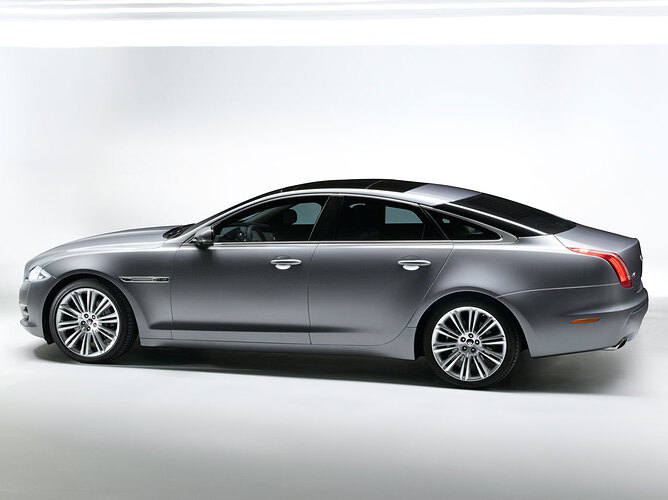 Have you ever seen an interior this nice though? 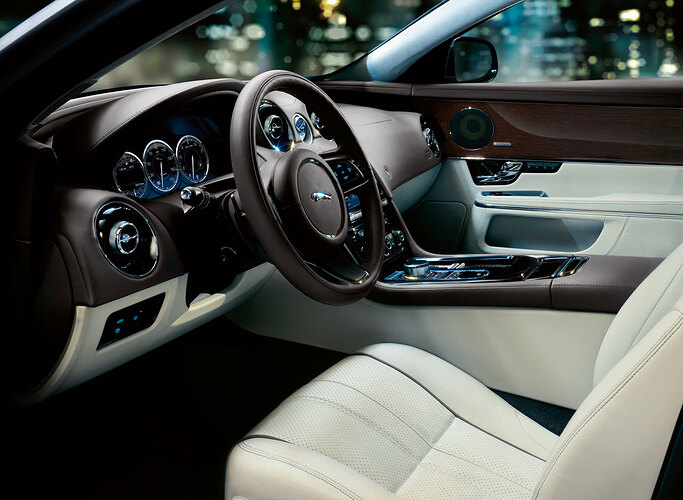 Interior is incredible, and the new rear end seems more classy/professional. The previous was great, but too much like an Aston Martin.

I think this would appeal to the potential BMW 7-Series buyer.

no arguments on the interior. The center cluster is pretty nice.

I think I’d like it better in person though without all the bling effects the photo has.

But it is the second car to be influenced by the concept , so they’re clearly following a design language strategy.

BMW did it, and pissed off a lot of people but laughed all the way to the bank.

I would say BMW took a radical evolution approach. In hindsight, much of the proportion of classic BMWs is still thers, as well as the 4 round headlights, the “Hofmeister r” kink in the windows, the visuall shark nose and of course doube kiney grill.

Yo: The Jag DNA didn’t work though. The very retro S-type and XK were sales disasters. I’ve read the new XF has helped keep Jag sales nearly level through the recession. BMW has dropped about 13%, Mercedes a lot less at 5%.

I’m keeping some criticism of this XJ until I see it in person. I thought the new XK and XF were boring in photos and revelations in person. I can’t think of a better looking car than the XF, nor a better sounding one! Perhaps the XJ will make the same impression…

The S-Type was not a cool car… DNA applied poorly is still poor design. While Jag sales may have remained level, they were so low that any lower would be nothing. For me, the XF is not cool and doesn’t look like a Jag… it seems a bit pointless.

The XK will be a classic however. Mark that for sure.

I think I would have gone with something more sculpted and cat like… thinking about it, I think Infinity makes better Jaguars than Jaguar. I doodled this up for a big cat… just a quick 20 min sketch from my sketch book.

Hot sketch Yo! I’m digging the front end, and the shoulder line. The back is looking a little long though. Maybe we make the next 1HDC a redesign of the XJ?
I don’t know if anyone watched the new Top Gear, but they talked about the new Xj in the news section, I was expecting Jeremy to rip on it but he seemed to be genuinely pleased.

… but I look at some of the old jags such as the XJ12, XJ6, XJS, not to mention the XKE and E-types) and can’t help but think that a Jag hasn’t been a Jag since the 80’s. yep, the X-type looked sorta the same, and the S-type went even further back into the grille catalog, but the spirit wasn’t there. They still seemed bloated, and good from maybe 100 ft, but any closer resembled any other car.

Jag has been previously about the chrome, the wood, the quirks and all that. the new Jag looks like anything else on the road. a big part of it I think is proportion. The long hood and short overhangs with plenty of bits of chrome says Jag to me… the new one, might as well be a maserati wannabe with the huge grille and not much else to offer…interior as well looks nice, but I’d expect a lot more burl wood for Jag… a bit buick if you ask me

…and dont get me started on the side vent/light thing, bottom sidewall crease, or rear lamps… those have no place on a Jag!