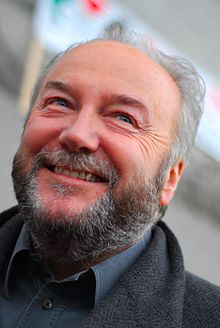 George Galloway (born 16 August 1954) is a British politician, broadcaster, and writer who is the leader of the Workers Party of Britain, serving since 2019. Between 1987 and 2010, and then between 2012 and 2015, Galloway was a Member of Parliament (MP) for four constituencies, first for the Labour Party and later for the Respect Party, the latter of which he joined in 2004 and led from 2013 until its dissolution in 2016. Galloway was born in Dundee, Scotland. After becoming the youngest eve... 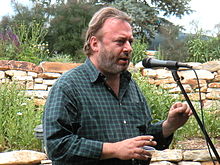 Christopher Eric Hitchens (13 April 1949 – 15 December 2011) was a British-American author and journalist who wrote or edited over 30 books (including five essay collections) on culture, politics, and literature. Hitchens originally described himself as a democratic socialist, and he was a member of various socialist organisations throughout his life, including the International Socialists. Hitchens eventually stopped describing himself as a socialist, but he continued to identify as a Ma Hitc...


The fight:
http://www.kpftx.org/#galloway
(out of the one, two, THREE, four, five, six, seven, the actual debate starts at link THREE)

GALLOWAY RULES. ONLY ONE IN THE BUNCH WITH BALLS.

word to your moms, true that-couldn’t say that if i had to.