It's been done and tested

Intel mac hacked into running windows xp runs photoshop faster than regular pc machines. Let the debates begin.
I’m curious how they will compare when the towers come out, if a mac hack could outperform a pc tower with xp running. Even if it’s not practical to use, still nice food for thought and a definite ball-buster for microsoft.

Isn’t this the same as the other “It’s Been Done” thread?

The other one the just got it to run. This article actually gave some info on actual programs running, there was debate on whether it would perform comparably or just run slow like virtual pc or some other emulator. Guess I should’ve found that old thread and put it there. I’ll take my spanking gracefully.

a definite ball-buster for microsoft.

Not really a ball-buster for Microsoft as much as it is for other computer manufacturers. Microsoft is more than happy to sell Windows to Mac users. Dell et al. may not be happy to see said Windows software running faster for those Mac users than it does for Dell users.

I see this as a non-issue for production purposes, though, until video drivers work and until there is a more or less pushbutton way to install Windows on these Macs. Otherwise its just kind of a hobbyist exercise.

I take all benchmarks with a grain of salt because they fail to mention several important things:

2: Software: Do all the machines have the same software loaded? Many prebuilt machines from Dell and other vendors have loads of software preinstalled and eating memory usage.

As far as I can tell the 2.16ghz Core Duo Mac performed 1 second better than the 2.0ghz Acer laptop, and 30 seconds slower in WMV encoding.

The wonderful reality of it is a PC and an Intel mac with identical components should perform nearly identical. You may lose or gain some speed with the motherboard they are using, but that is it. It’s nice that you have a choice to run XP on Mac systems realizing that you’re paying a heavy premium for the design and not the speed.

Even if you can build a new Mac tower with real high end parts for thousands of dollars, the reality is you could build a higher performing home built PC workstation for a signifigantly lower price. Some people like paying for the design and thats fine, but to think that a few seconds on specific benchmarks makes it a better system for running Photoshop or other apps is just kind of silly.

even better…
an offical release (in beta atm) from apple 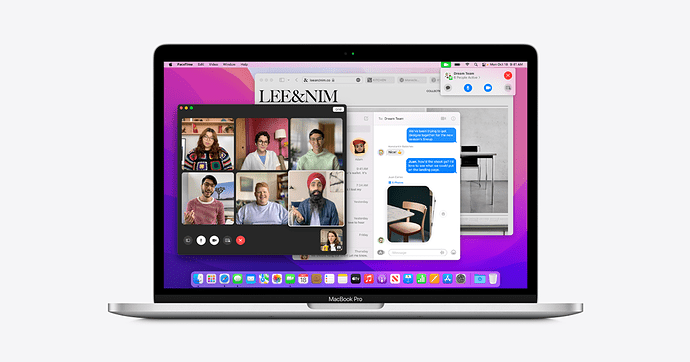 macOS Monterey. Connect like never before. Exciting FaceTime updates. An all-new Safari. Powerful new ways to work across devices. And much more.

the driver issue goes away, to be bundled with 10.5 later this year.

to be honest, the software issue was really the only thing keeping me from a mac, with that barrier going away…

I have just used boot camp to put xp on my imac, it was painless. I have been running Rhino on it for a few hours and It is working ok. I have found that the graphics card is really strugling to operate in 32bit mode. But switching to 16 bit mode makes it work super smooth with only a small hit in graphical quality.

for now, I think boot camp offers an ideal solution for the casual modeler who needs to do a bit here and there.

I would score it 7 out of 10 for now, I’m sure things will get much better.

is that the radeon x1600 card in that iMac? it’ll be interesting to test out the intel power G5 when it launches (not that the G5 with the quardo card is much of an economical option