Is this laptop adequate to run 3D software?

Iâ€™m in the market for a new laptop right now, and Iâ€™m wondering what you would recommend for one that would be sufficient for doing some work with Solidworks or Rhino. Iâ€™ve been considering this one that is on sale for $600 right now: 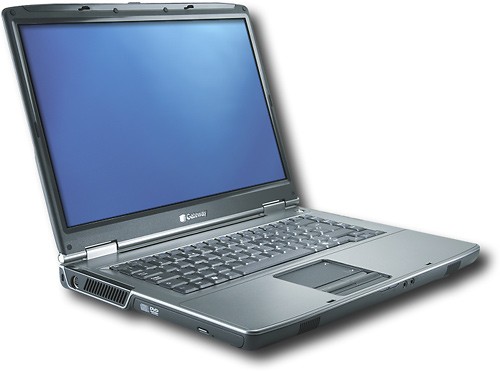 The reality is I would LIKE it to be able to run Rhino or Solidworks effectively, but it does not HAVE TO at this time. Primarily, itâ€™s just going to be something that I will use to surf the net and do some Photoshop and Illustrator work on. At some point though, I may be putting a 3D modeling program on it and Iâ€™d like it to be up to snuff. It isnâ€™t important enough to me at this time to spend over $1,000 on though.

It does have a Pentium dual -core 1.73 GHzprocessor and 2 Gigs, but what Iâ€™m thinking would be the weak point is the Grapics card. It says thatâ€™s an Intel Graphics Media Accelator 950. Rhino and Solidworks both recommend an Open GL graphics card, can you guys recommend a basic Open GL card I should look into? Solidworks lists a bunch of approved graphics cards on their site, but I donâ€™t even know where to start when it comes to looking through that.

You won’t find an “approved” graphics card (either a Quadro or FireGL class workstation card) in a machine for under $1k (unless it’s lacking in other areas or a used machine).

But I would suggest you go for something that has at least a dedicated graphics card like an Nvidia 8600 class or higher. They’re gaming cards but with good driver support should get everything done that you need.

I’ve definately heard of people running Rhino/Solidworks with integrated cards, so it’s not impossible. Just be prepared to deal with potential graphic glitches and potentially poor performance (this will have more to do with the complexity of your models. If you’re doing very simple objects then it’s not an issue)

I got the nvidia quadro nvs 110m upgrade with my tablet and it’s working great. Only slight issues like something not refreshing all the way if I have multiple windows open but then it instantly goes away if you zoom or scroll so not a big problem.

I think I’m getting closer to making a decissiion on buying something soon. I found some decent laptops on Tiger Direct that come with XP and I wanna avoid Vista for compatability reasons.

2 of these laptops have upgraded cards:

I looked these GCs up on the Solidworks site and neither were certified of course but it says the following:

Can any of you shed some light on what “accelerated windows” means? Is this active files in use or open? I’m just trying to figure out what that test means. Thanks!

If youre interested check out slickdeals.net - it’s a great site that always has deals on cheap laptops. Also checkout Newegg.com - I’ve done close to $20k of business with them and have had nothing but great results. Tiger Direct I have heard the occasional horror story from.

When I read your two options my inital reaction was “ehhh” - the AMD dual cores I’d stay away from. The Core Duo chips are just better and faster. Also I find Nvidia cards tend to have better driver support than ATI - usually means less potential headaches. The Systemax brand seems like they have less then stellar quality and support.

I’d suggest checking out Dell as well - they have some pretty good sales and they also allow you to get XP on most of their systems still. Dell also has some great high res screen options which IMO is the most important part. I can’t even use a machine with those lower 1280x800 displays anymore, just no room for windows or toolbars.

The solidworks window issue should just have to do with how many accelerated hardware windows (3d shaded viewports) you can have open at once. If you’re only using 1 window at a time it shouldn’t be an issue.