Is there anything DUCT TAPE can't fix?

Looks like your shiny new iphone could use some good-ol’ silver love:

Got an iPhone 4? You may need duct tape - CNN.com

Has it really come to this?

Ouch! If I recall correctly on another thread designers were whooping it up over the iphone 4’s integrated antennae and what a victory it was for the design department versus the engineers who like to say no. (something to that effect anyway)

Too much form over function?

Think they’ll do a recall?

I love that they also suggest using the Ove Glove… 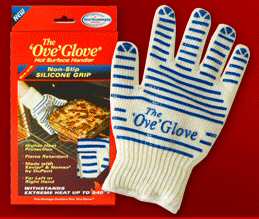 Think they’ll do a recall?

The best solution for now would be to give everyone a free bumper case.

I don’t think they’ll do either frankly. I think in a week when they announce their quarterly #'s investors will stop caring, youtube fanboys will stop harping, and life will go on.

I can’t say I’ve noticed any more dropped calls on my new phone then I did on my 3GS.

And the external antennas are still sweet as hell. I’m wondering if they can get away just with spraying it down with a non-conductive clearcoat.

“A new car built by my company leaves somewhere traveling at 60 mph. The rear differential locks up. The car crashes and burns with everyone trapped inside. Now, should we initiate a recall? Take the number of vehicles in the field, A, multiply by the probable rate of failure, B, multiply by the average out-of-court settlement, C. A times B times C equals X. If X is less than the cost of a recall, we don’t do one.”

Which company did you say you worked for again? A major one.

One of the best movies in the past decade!

They won’t do a recall simply because it’s not a hazard or functional issue. I can hold my phone in my left hand and make a phone call. If I hold it tightly it goes down, and sometimes it will drop. But then again I’ve had more dropped calls with the phone in my cupholder and talking via speakerphone then I have in my hand.

The phone is still backordered by 3 weeks, which leads me to believe the average Apple consumer is ignoring this too.

I will totally break out the Ove Glove the next time my phone rings!

Hmmm…I wonder if duct tape would have worked for BP?

Apple’s had quite a run, but you wonder if this could be some kind of turning point like when Microsoft began to falter over the last decade. You always see people lined up down the street to get the iphones, but until they start lining up to return them, I don’t see Apple paying anything other than lip service.

Well they did announce they’ll be holding a press conference tomorrow morning. Will be interested to see what the story is there.

Even if they had to give out free cases it would cost them more in shipping than in material costs. Would probably make people quit complaining.