Is part of a Designers role is to say "I Don't Know"?

Listening to the Freakanomics podcast this week: 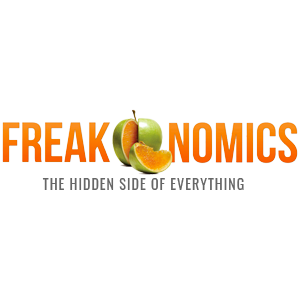 The hidden side of everything

They discuss that the hardest thing for professionals/ managers/ bureaucrats to say is “I don’t know”.

They talk about the value of experimentation and failure in business, but no-one wants to do this within an organisation, because it implies you aren’t professional, you aren’t the SME, and it puts your head on the chopping block.

Is this part of an (external) designers role? To be a safe way for a company to say “I don’t know” and to allow experimentation and failure? Does anyone on the boards sell themselves this way?

that podcast is awesome! i believe it is difficult to say “i don’t know” but not impossible & i do think it is part of a designer’s role to be curious and to allow the process to answer or present other questions but depending on where you are in the process those three words could be problematic…how problematic probably depends on how freely an organization is able to tolerate failure…

Glad to see other Freakanomics fans on the boards.

Use it all of the time. And that is exactly the point, I don’t know.

Who does know? Your customer. I’m never going to buy your product, and if I do, I’m going to buy one. So who are you going to listen to? One guy? I wouldn’t. Our job is to come up with ideas and share them with your customer. Our process is highly effective and will find the solutions that will benefit your customer and ultimately your company.

“I don’t know” is music to my ears because it means revenue. Even more than “we need to change the scope of the project”.

always a good move to be upfront about the limitations of a project, a product, a relationship or the
knowledge of oneself.

pretending to have something that is not there is the job of marketing. not ours.

I view it as a legal requirement for some situations (engineering related) and surely an ethical one for all.

I once worked with a client that wanted a Yes or No answer to a question that involved transportation of materials that could potentially (and have in the past) crush people to death. The best I could offer was something like “The calculations and simulation data are promising but extensive testing is necessary to know for certain if the concept is safe.”

I can’t recall the book or article but an author I read proposed adding “right now” to the statement. The concept seemed to be to encourage honesty without losing face. It feels a little smarmy and a little kooky.

“What is the atomic weight of cobalt?”
“Hmmm, I don’t know right now, I will get back to you”

I say “I’don’t know” all the time to the exec team… and I always follow it up with “you want us to find out? lets do it” or something similar. Usually that is what leads to doing more interesting projects.

the power in design is not in the knowing, it is in the finding out.

Everything you now know, you once didn’t. Knowledge is not a static state. 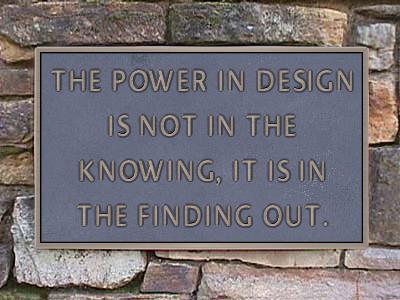 Even better if you Yoda it up.

“Know not now, what it is, but Design power you shall find. mmmmm”

I blame Nickelodeon for making us fear the phrase.

I think one of the many places it’s important to say this is before an ideation phase of a project. “I don’t know, but we need to explore.” When you get in the iteration zone is often where the magic happens!

Also important is knowing when not to say it. You shouldn’t present a concept with “magic”, you should at least have an idea how it would be feasible. I always used to question my juniors on concepts “how does that work/is it made?” I don’t know is not a good answer. “I’m not sure, but I think we could do…I need to investigate more” is acceptable. Keeps the hub less wheel anti gravity solutions at bay

Also important is knowing when not to say it. You shouldn’t present a concept with “magic”, you should at least have an idea how it would be feasible. I always used to question my juniors on concepts “how does that work/is it made?” I don’t know is not a good answer. “I’m not sure, but I think we could do…I need to investigate more” is acceptable. Keeps the hub less wheel anti gravity solutions at bay

Magnets and Lasers was the way everything magic worked when I was in school. Then Apple started using a lot of magnets and people stopped saying it.

I haven’t listened to that podcast yet, but its on my commute “to listen to” list. I love freakonomics. Its my second favorite podcast, next to Radiolab.

In my personal experience as a corporate designer, I think I was more willing to say “I don’t know” and risk looking less professional than most of the business / marketing / sales people. I think maybe it was because I wasn’t interested in the corporate ladder as much as other people. I just wanted to get the best product out the door that I could. That rather than advancement in the company was my driving force. Its one of my pet peeves when people make crap up when confronted with a question they don’t know the answer to. You’re not doing anyone except your own pride a favor when you can’t say it.

I think that’s part of the beauty in design, there are many things you don’t know but you have the experience and the tools to find the right answer. It’s also, as it’s been pointed out before, a way of pushing the boundaries. You don’t know if this solution or if in this way that feature or product is gonna work, so you play around with it trying to find the right solution. Especially in agencies, with incoming projects of all sorts, it should be something people say a lot. I don’t know but let’s find out!

Yo: You need to teach me how to pitch, “I don’t know, but let’s find out.” Every time I’ve used that, the exec team said, “Well then, we don’t have the budget for that kind of research.”

That makes me think of something I feel about life. Procrastination and delay is a key ability in success. Sometimes, we just need to buy more time. Instead of saying, “I don’t know.”, I say, “You know what, I have something back at my desk that I think would work. Let me bring it tomorrow/next week/next month.”

Sales works the opposite way;)