Is NURBS on the decline for ID?

Is Alias and Rhino still the king for ID or are times well and truly changing? Do ID DESIGN people still look up to Alias as the holy grail for design work?

I look at stuff like Solidworks, Simenes NX etc and they don’t speak my language. Maybe I am an old dog. What is the opinion of the people here? For me personally Alias and Rhino are the killer combination for the design side. How do you feel and what are you seeing around you? How is the wind blowing in the ID trenches? 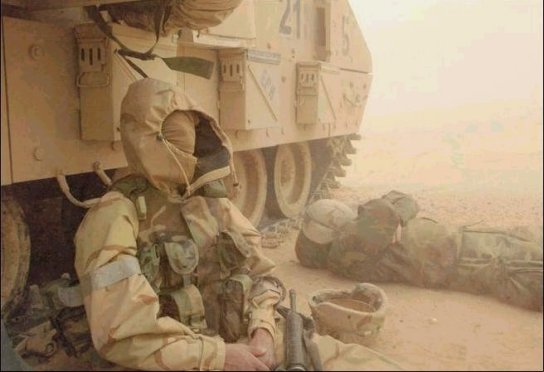 Solidworks has great history and a feature tree and I can surface. And it’s dimensionable and I can back up to any feature for edits. Paired with Keyshot it’s all I need 3D wise.

No it’s not the holy grail. Unless you’re only doing Class A automotive stuff. Tools are tools - whichever one suits you best for your job is what you should use. A shot glass and a bucket both hold liquid. But if your job is to bail out a sinking ship, one of them is not the right tool.

Many people have moved to strictly doing everything in the engineering tools like Pro E or Solidworks simply because their is no need for data translation. Many in the ID world have soured the name of surfacing products by building crap surfaces and giving them to engineers who can’t do anything with it other than rebuild it completely. This is not a direct result of the tools, but rather the workflow. But this methodology has given the surfacing tool pretty bad credibility in the engineering world. When I work with vendors they always cringe when I say I’m going to deliver them surfaces from Alias. But when they actually pull them in and find out they work for exactly what they need to do, they are less apprehensive.

Plenty of products out there aren’t very sculptural in nature, so building in an engineering tool offers a lot of parametric flexibility that isn’t afforded by surfacing tools. At the same time, while you can often achieve a sculptural form in Pro or Solidworks, that requires dozens of input curves and different parameters, rather than just a quick push pull of a couple of CV’s.

Moral of the story is use the right tool for the right job.

OP: Could you specify what you mean by nurbs modeler- all the programs you mentioned are nurbs based. At first I thought this was going to be a discussion of nurbs vs SuBD or something similar.

I agree with Cyberdemon.

When a student asks me what to learn, I just recommend learning one of each: solid modeler and surface modeler. Usually Rhino and Solidworks. If you know those two, you can pick up any of the others. Moreover, you will know which one to use.

Could you specify what you mean by nurbs modeler- all the programs you mentioned are nurbs based. At first I thought this was going to be a discussion of nurbs vs SuBD or something similar.

Same here. Definitely noticed an increase of sub-d in ID with stuff like t-splines, but then again I’m new at this.

Would love to see someone bring a SubD model into an engineering tool and have it shell as a case study.

You have just described tsElements for SolidWorks, you can find videos on Youtube.

I guess my skepticism still goes past that. For that particular example, that seems like an object that could be sculpted in a NURBS tool in the same amount of time, brought into Solidworks and have 1/8th the amount of patches. You get some really sloppy geometry popping up in that video and that is where my concerns lie. Since you don’t have any real direct control of the final topology, solving issues like that (like what happens when that cluster of patches near the A pillar start to self intersect when offset a larger distance) would be very complex.

OP: Could you specify what you mean by nurbs modeler- all the programs you mentioned are nurbs based. At first I thought this was going to be a discussion of nurbs vs SuBD or something similar.

Was just simplifying. Tell us bit more about that drill that is in your blog. What did you model it in? Was rendered or modeled in Modo?

Talk about a b**** fest thread on Rhino newsgroup

What an entertaining thread and I still don’t know who was telling porkies.

SolidWorks is NOT a Surface modeler. It may have surface tools but they are not at the level that Rhino or Alia is at. Surfaces in SolidWorks is to simply help with the solid modeling process. NURBS gives you the freedom to tweak the surface freely. SolidWorks tried to get into that realm with the Freeform Command but it falls very short of what it truly needs to be.

To me, Alias is completely and totally irrelevant, as it’s totally bonkers purchase price/annual update price cause many firms to disown it completely. When other packages were costing the same amount, and solid modeling was more primitive, it made sense. But now? No way. I do everything in SW, which I can hand to an engineer and have it go to production without anybody screwing up the form/exterior.

The price part is fair. Typically the only people using Alias these days are big corporations that have been using it for decades, and the consultants that have to support those clients. Although Alias Design starts at only $5k, but I don’t think I’d be able to use it given the tools I rely on.

But I can still hand off Alias data all day long to grumpy Solidworks and Pro E engineers and have them use my data with no issues. Just a matter of technique and workflow.

Yeah, it can be done, but when? Go cruise for some new ID jobs, and notice how none of them require/specify alias skills. I liked using it, but when it’s basically “DETROIT CAD SOFTWARE” and nobody else uses it, I’m not going to bother with it.

“But when” - in my case every day - and that covers internal engineers, external suppliers, and freelance jobs.

A search for “Alias” in Coroflot brings up 34 listings. Most of those don’t require it, but many jobs don’t require any specific CAD package knowledge, just a preference. If you can model brilliantly in Rhino you can probably model pretty well in Alias and vice versa. Alias is still heavily used in large corporate environments, anything automotive, as well as heavily in packaging.

In reality, Pro-E is probably much more pervasive than Solidworks, especially when working with Asia.

Tools are tools. Theres no magic holy land of 3D software, just whatever gets your job done the quickest.

Agree there, but some tools are used in niche markets and cost 10x what other tools cost and do about the same job (for most cases). But … packaging!? Really??? Bizarre. Why?