Is it ok to hire someone to revamp your portfolio layout?

From what I’ve seen and heard, we are all aware of the fact that most of us are not graphic designers, and as such our portfolios ought to reflect that, focusing on the products. However, is it ok to contract someone to design a portfolio layout? Or is that dishonest?

I feel like I am not a hack as a designer, but Im having trouble finding that elusive first job and I think that my portfolio format is putting people off from my work. Since I’m at work all day, I don’t have time to completely rework it again. Its on rev 4 at least anyway, something I’m doing just isn’t effective.

So the question again, is it appropriate to contract someone to design a layout and plug my own work into it?

I think this may more of a mentoring thing. You probably don’t need to pay someone to design a layout. Just ask an older/experienced designer for some tips and then do it yourself so you can take ownership for ALL of the portfolio.

There are plenty of designers in MSP. I’d be happy to meet with you to take a look. Send me a PM.

Whether or not you like it your Portfolio is a product that you’re trying to sell someone on. You need to think of it from the same perspective as any product…is it usable? Can someone read it and understand your work?

If you’re not a good graphic designer don’t try to be. You don’t need a flashy layout with crazy graphics. You need solid use of typography, a layout that is balanced enough to emphasize the right parts of each project.

You might be able to hire someone to create a snazzy template, but if you tried having them do your entire portfolio they’ll probably have no idea how to emphasize the right things. A crappy model may become the centerpiece of a page and great sketches might get lost in some kind of graphical whirlwind.

Your best bet is to post it online and get feedback on what works and what doesn’t work. You probabaly don’t need to redo the entire thing (unless it’s really that bad) but it will let you see where you need to tweak and improve. Sometimes thats as simple as rearranging some text blocks and adding some shapes or gradients to block off important areas.

I think it’s smart to hire a graphic designer. Not dishonest at all unless you claim to be one.

Design isn’t about DOING the work, it’s about getting the work done right. Subcontract to professionals whenever you can.

cg- I was right in tune with you. I dont see anything wrong with collaborating with a graphic designer. I might even be somewhat favorably inclined if I found out that you sourced it out. But you are likely not to get exactly the result you want. Perhaps you can get a master page done and have a graphic designer plug and play, or take it to the next notch.

Don’t you guys think that the “look and feel” of a portfolio should belong to the owner.

For instance - if you’re the hiring manager and see a polished portfolio with slick graphics and layout wouldn’t you assume the owner of the portfolio did the work? Especially as a designer? Unless it were explicitly stated that the graphic design was someone else’s work I would assume the designer did all of the work in the book. I would also assign future projects based on that assumption if I hired the person.

If it were a marketing person with a book full of art direction samples I could see hiring a graphic designer to give it a coherent look, but a designer? I’ve hired a lot of designers in the last 25 years and I seriously think the portfolio’s owner should take the time to make it theirs. You don’t need to create an award winning graphic design statement - just clean and organized.

Since I’ve never hired anyone I can’t say for certain, but I can imagine if I was looking at a portfolio (esp for a recent grad) that the work was theirs (unless otherwise indicated). It would almost seem to me that if the graphics stood out so strongly it would be noted by the interviewer “wow, I really love you layout here” “Oh that? I didn’t do that”. Unless they were applying for a design manager in my head that seems like it would reflect poorly.

I can see if you’re a professional and you want to send out competiton entries, marketing materials, things like that, then yes, using a pro makes sense.

I might just be bitter though…I remember sitting through portfolio reviews in school and the worst (or second or third worst) student in the class was presenting her portfolio which included a team project that I had done with her. EVERYTHING she presented – from the concept, sketches, storyboards, CAD and renderings was done by someone else, without being cited as such. She didn’t make an attempt to get a design job, but I thought that took balls.

Judging by the responses already there will probably be a split here, so I’m interested to hear what more people have to say.

I’ll also add that my portfolio was incredibly basic…pretty much a title and date at the top of each page and that was it. One or two projects had some fancier graphics but those were limited to some swooshes of color and gradients.

interesting question, and i sit firmly on both sides of the fence.

there are consultants who can help with resumes/ and recruiters which help match up employers and candidates, so why not. i wouldnt expect a designer to make their clothing, which is also part of their presentation, so why not go to a pro if they dont have the graphics skils.

as an employer, i have all too often seen terrible graphics/portfolios that suffer more from layout/design than content. if the design is solid, its entirely possible that the person just doesnt have a good graphic sense. if its not a graphics position, so what. just the same, many designers cant write for crap, which is OK if they are paid to draw.

given an advantage to present yourself the best way possible i think is fair enough. taking credit for the design however if you didnt do it wouldnt go over so hot though…

I imagined this would be a hot topic, with positives and negatives on both sides.

One comment was made about collaboration, which is of course closer to what I was thinking myself, because I agree with the idea of taking ownership of my portfolio.

There is always the nagging thought in the back of my mind (and from my girlfriend when she get really mad at me) that it isn’t the layout, but thats not really what were talking about here.

One thing is for sure, I did put out an ad on craigslist, to see what kind of response I would get and possibly set up some professional collaboration, and a side effect of this was coming home from work tonite to find a dozen emails from what I will just call unprofessionals. I’m not judging talent, or even really comparing the work to my own as much as seeing how it must be for a design director to get a “to whom it may concern” with typos and a strange link to a portfolio. Again not discussing the quality of the portfolio, just the manor in which it is delivered.

In any case, the craigslist has yielded some definate application no-nos.

If anyone is interested I have some teasers up on coroflot.com/carton this is my most recent attempt at a personal brand, I like it but theres just something missing I feel like.

just saying. you always get what you pay/ask for.

lol thats a big 10-4 on the professonalism of craigslist.

You could start by following the grid layout system. There are numerous books on the subject.

If you’re really lacking in the portfolio department - I wouldn’t see any problem in having someone help you out, but not doing it completely for you.

I agree with above - have someone make a “master template” that way you can warp it into your own creation.

why not post a few sample pages up on here - everyone loves to give feedback and you’ll get it from people in the biz that you are applying to, not just a grapho who (all respect) may not know what you are trying to show with each page/project… 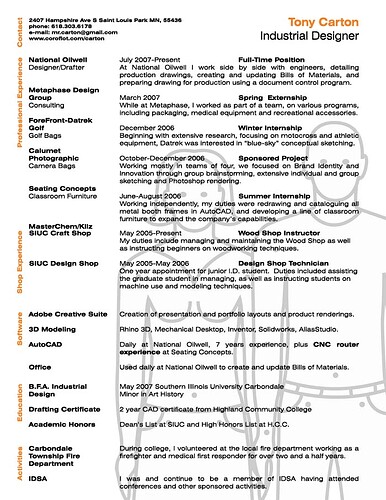 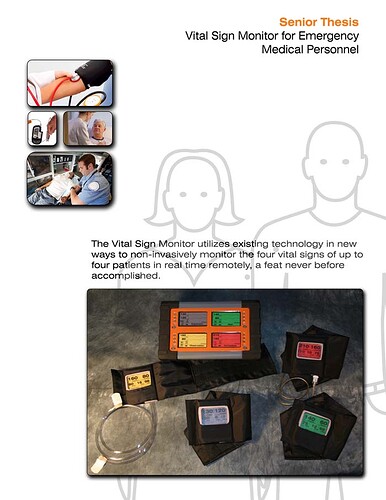