Is Ford bringing back the Pinto?

I just saw this?

Cute, but I don’t think so. The ad is a little too far over the line.
Plus, between the Focus and the Fiesta there is not any sensible place in their lineup for another small hatchback, especially one with the questionable legacy of the Pinto.
Am I wrong?

Maybe it’s in the same category as a Smart Car or the Toyota IQ? I don’t know.

Possibly a concept car. If Ford didn’t pay for that, they should have.

I just saw this?

Waiting to have children. on Vimeo

**** SPOILER ALERT!****
Their waiting to have kids because she won’t have sex with him until he shaves that mustache.

My wife asked me if I was growing a mustache for Movember. Uh…no.

This is ill on more than one level.

Looks to amateurish to be real (the font and logo), so it is probably student work. But I love the joke of having kids because this family car is so great

Don’t know if the conceiving part was necessary though. Would make a great television ad (if they leave that part out).

I s’pose if you consider the intent of the original Pinto ( affordable, small size, small engine, economical to operate) then Ford’s Start (1,000cc EcoBoost turbocharged engine) concept, shown at Beijing, might be the “new” Pinto. 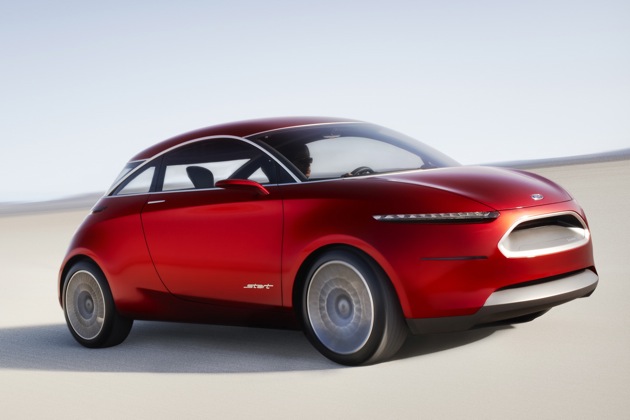 But with the old bomber’s reputation for flammability I don’t think they’d touch the Pinto name with a hundred foot fire hose; at least not until those among us, who remember it, have died off and no living memory of it remains … . . . .

I still love that Start concept.