I saw a presentation on this yesterday and was pretty blown away. The idea of interactive retail using Microsoft’s Touch interface is nothing short of science fiction. 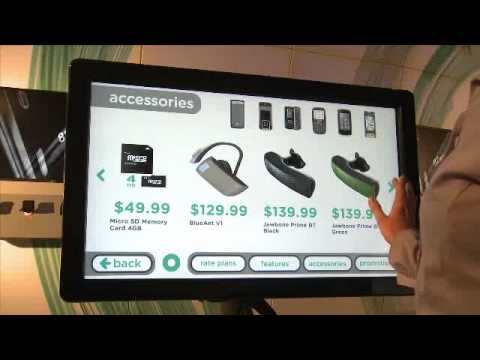 Glad you like what we’re doing at iQmetrix. We’ve got an open house coming up next week if anyone wants to come by and see what we’re working on: Redirecting...

We’re focusing mainly on “regular” touchscreens rather than Microsoft Surface, since we’re still waiting for Microsoft Surface 2 hardware to actually be released, but we’re using a APIs that should support it as soon as it IS available.

Pretty need indeed, although I would have to experience it for myself to see how it would really be. One thing that I especially liked was the part in the video about trying out mobile phones before you buy them. A thing I would love to see more often in shops nowadays .

I’ve also seen interactive shop windows around which I think is another smart idea in that it attracts and provides info to passers by, even when the shop is closed. Check this out:

I once had the opportunity to see their research lab with all this cool stuff and more. Like to see where this all might go from here.