Is the iPhone G2 or does it use simple radii?

Weigh in on this one:

Is the Apple iPhone modeled with simple radii or are those actually G2 curves and surfaces?

When I look at the back of my phone in the light, the reflections seem to be G2 to me.

There is a POLL up above, too, but leave a comment by all means!

All of Apple’s designs are curvature, most people think they are just a box with rads…

I’m going to have to take a closer look at iPods this next time I’m at the shops. The iPhone is curvature continuous on the back.

G2 for sure. Funny, I noticed this just the other day. I spent way too much time twirling it around and critiquing the reflections over the curvature–flawless. I wondered if anyone else would notice such subtlety.

While others are worried about their design, Apple is kicking ass on their execution.

Non-uniform rational basis spline (NURBS) is a mathematical model using basis splines (B-splines) that is commonly used in computer graphics for representing curves and surfaces. It offers great flexibility and precision for handling both analytic (defined by common mathematical formulae) and modeled shapes. It is a type of curve modeling, as opposed to polygonal modeling or digital sculpting. NURBS curves are commonly used in computer-aided design (CAD), manufacturing (CAM), and engineering (CAE...

I was watching this iPhone destruction video when it hit me. Whereas the previous iPods and such always had hard edges, this iPhone is totally rounded. It reminds me of a bar of soap.

BTW, you can get an idea of what we are talking about by watching the reflections on the back piece of aluminum as the person pries it apart. 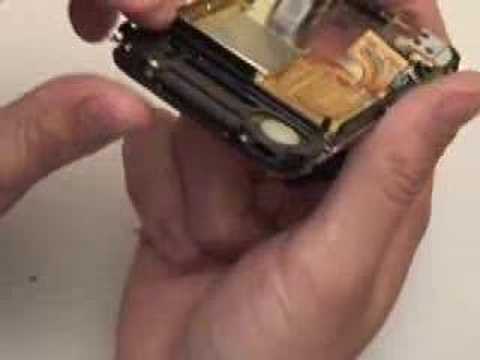 hm no flat spots over the entire surface?

hm no flat spots over the entire surface?

no…surface continuity doesn’t have to mean curved surfaces. It means the mathematical connection between one surface and the next.

In the case of the early gen iPods, we’re talking about the corner rounds. Which would be conical in shape, not a straight round.

right… the raduis varies into the flat surface rather than having a tangent line… i understand, i misunderstood the bar of soap analogy. imagine having the 0 radius point at the cross-sectional centerlines… thats what i was invisioning.

I didn’t mean the bar of soap to be an analogy for continuity. I just meant that the iPhone looks like a worn bar of soap in general its general form.

i totally understand… and yeah… it does.

It reminds me of a bar of soap.

Watch what happens with the new Jesus phone… it looks like it’s going to be much softer on the back that the first generation. It must be an attempt to conceal some of the thickness and make it appear thinner…