Greetings. I’ve been working on a small project, and I would love to share it with you all!

iOS 6 introduced a refreshed design for the Music app, one that I was never really satisfied with. For the most part, I think that the redesign was a much needed enhancement for the aging Music app, but I feel that a lot more needed to be addressed besides superficial looks. Apart from visual tweaks, the core functionality of the app has remained the same since it was introduced in 2007, and I think there’s definitely some room for improvement.

In this project, I’ve addressed the issues of faster navigation, missing features like Up Next, and the “Flat” design language rumored for iOS’s 7.0 update. I drew a lot of inspiration from my own quirks with the Music app, as it’s something I use every single day and consider to be a tentpole feature of iOS devices.

I hope you all enjoy this post, and I’d love to hear from everyone about their opinions of the Music app, and the design direction Apple will be taking in iOS. Thanks for reading! 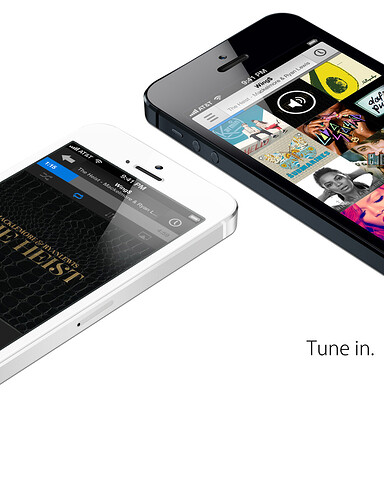 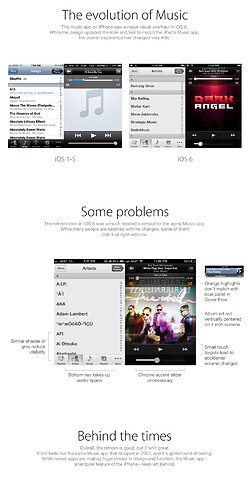 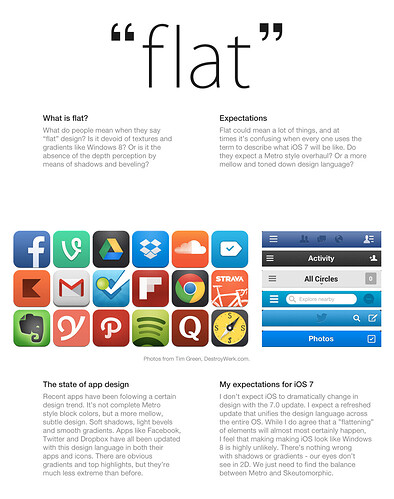 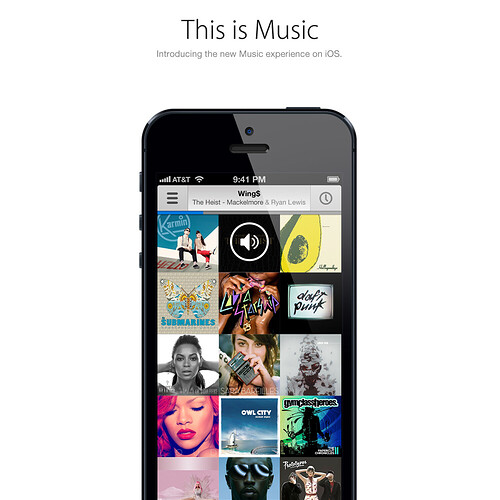 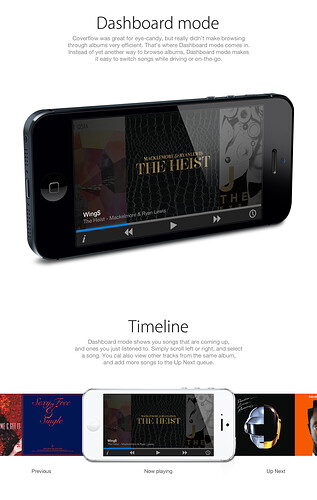 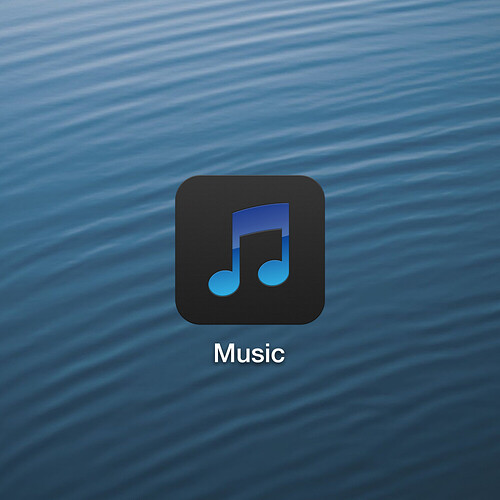