This is very interesting joinery with the hidden fasteners.
Presently, it is mainly used for the furniture industry.
There is good scope if it is used for the appliances. 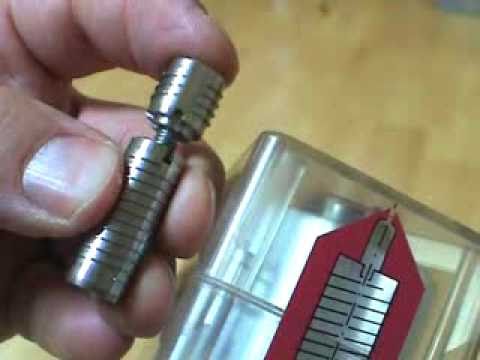 The rotating magnetic field of the actuator turns the screw inside the joiner.
The fine thread is screwed into the threaded bolt in the opposite part to ensure a tight connection. 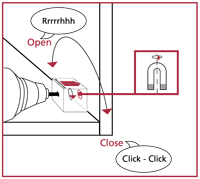 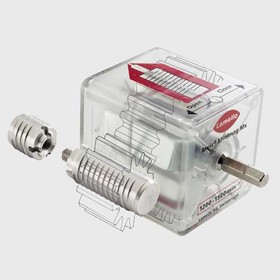 Certainly makes disassembly (at end of life or for repairs) more complicated, and at $129/actuator they aren’t being tossed in with any flat pack assembly required furniture.

But still really cool (technology is fun). Would be a great demonstration of electromagnetic fields for physics class, besides industry applications of course.

Great idea, but I’m having a hard time imagining what you’d use it for. Couldn’t be used for anything consumer assembled. They show it being used on a table leg, but what are you supposed to do, ship the table fully assembled?

I haven’t tried this.
They are proposing to ship the completed separate pieces (properly drilled & Joinery at the place) along with Invis MX Minimag Drill Adapter.

Then guide the consumer/ supplier for assemble it at their end. (provided the costing of the whole thing make same sense here)

The direction of an actuator can be changed for assembly or disassembly.

The direction of an actuator can be changed for assembly or disassembly.

I assumed so, what I was thinking (and did not state) was that instead of just needing a screwdriver, which everyone has, now you need one of these actuators, which almost no one has (though that could change).

Glue is invisible too. And stronger.

Great product, however a bit too complex for its intended market. Could find its way to other industries.