I’ve been working with a client on retainer who has me coming to a couple of their weekly meetings. They use this thing called “Level 10” meetings… I was a bit skeptical at first, but it seems to do a good job of keeping a lot of different personalities on track. This video that explains it is aesthetically painful, but it does a good job of going through the concept.

anywhere else use any specific meeting methodologies? 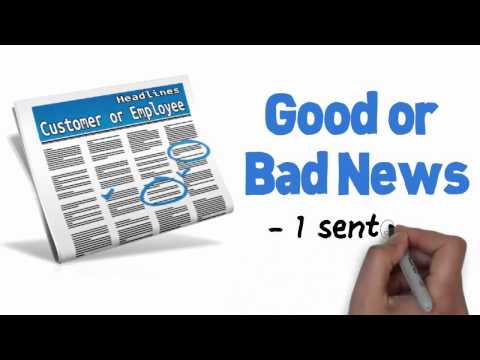 First, only OK for a general department meeting. Horrible idea for an objective-specific meeting, a lot of wasted time. If it is a general meeting, OK for maybe 5-7 people maximum, over that, again, too much wasted time.

Also, overly structured meetings create boredom with participants. Spontaneity makes for creativity. My only rule is the meeting leader is allowed to keep the meeting on track. Don’t get offended if you get shut down if you go off-topic.

At my last two jobs we tried daily stand-ups. It’s an Agile methodology. Kinda similar to the Level 10 idea. We each say: 1. What did we accomplish yesterday. 2. What are we working on today and 3. Where are we stuck or what are we waiting on. The accomplishments can be personal, although people are always surprised when I gave a personal accomplishment.

I liked having the personal option because most days, I don’t finish a project, I just work on it. It’s a downer to report, “I sketched all day yesterday, but I don’t know if I sketched the idea that we are looking for.” Which I think is where the daily meetings break down in physical product development. We work more on a weekly basis. Indeed, my current job, we switched the hardware development team to a weekly meeting following the same general outline as a daily.

I loved both the techniques from Yo and Keno. When I think of it though, it’s frustrating that our civilization has so much poor management going on.

At frog some teams had daily stand ups. I also felt like it wasn’t the right cadence for hardware.

As I was leaving Converse I was on the planning side to implement a system like this Keno. The plan was for PLMs to submit briefs into the system, GMs/design directors/development directors would approve briefs, designers would submit design proposals to briefs, PLM’s, developers, design director would approve a solution, designer would then submit final design proposal with any feedback, once approved designer would then make technical drawings, developer would take technical drawings and ad tech specs and submit to factory, then prototypes would be tracked and feedback added in the system.

I’m not sure if it ever launched. I think the concern was that it would remove a lot of the conversation and negotiation that happened in hallways. Sometimes those hallway conversations were frustrating, but they also provided an opportunity to sneak things through the system. At one point the company did an evaluation of top selling styles and realized most of them were actually snuck through vs briefed and developed traditionally… you can infer what you will from that. Perhaps the system needs to be rethought?

I’d have to ask friends there if this was implemented and how successful it was.

To Ray’s point. I think taking a little bit of time to check in with people on a personal level is good. If someone has something going on in their life outside of work, it can be good to know so you can empathize a bit and maybe cut them a little slack. We do spend a lot of time with our coworkers and in many cases might not know each other that well.

To lab’s point, I’m a bit allergic to these things. I think if the structure becomes to rigid it feels false and people just go through the motions to get it over with. It can also start to feel like an episode of the office. In the case of the client who was implementing it, the company is growing rapidly and forced with the transition from the founder be involved deeply with everything and knowing everyone to him letting go a little so his teams can run and he can scale. These seems like a good practice for them to get them through this moment. I’m sure it will reach an end to its usefulness though. They seem to be using it for 3-4 person meetings. Each department is only about that big right now.

The bigger NPD meetings that I’m typically in don’t use the process because like lab said, it just doesn’t work for that. I’m trying to help them get to more of a phase/gate NPD approach. Iab, I think you mentioned your company implemented something like that and it helped?