It’s been ages since I did any sketches/drawing for a specific purpose, but a while ago a friend of mine gave me a CAD b&w line drawing and asked me to use it as an underlay and do a marker sketch with it. I’ve now got to a stage where I need some constructive criticism as to how I can move it on or take it to the next level, most of it is markers, but I did play about with some of it in photoshop.

I am a bit restricted colour-wise to the markers I currently have, but I thought you guys might be able to help me. 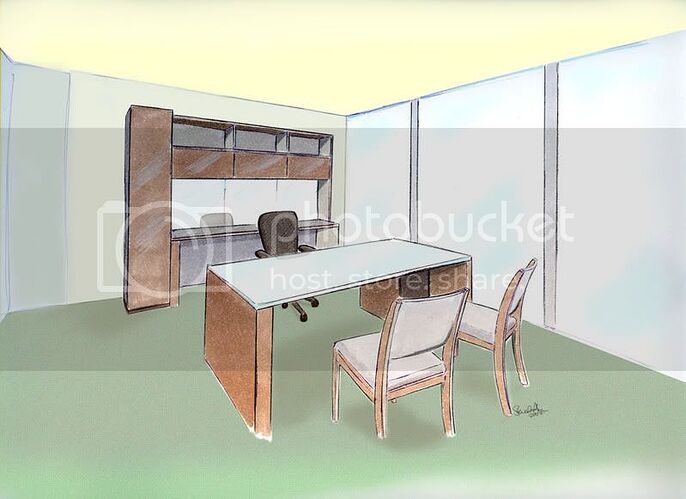 Also any advice on the following image would also be helpful, this was drawn on paper then scanned and edited in PS: 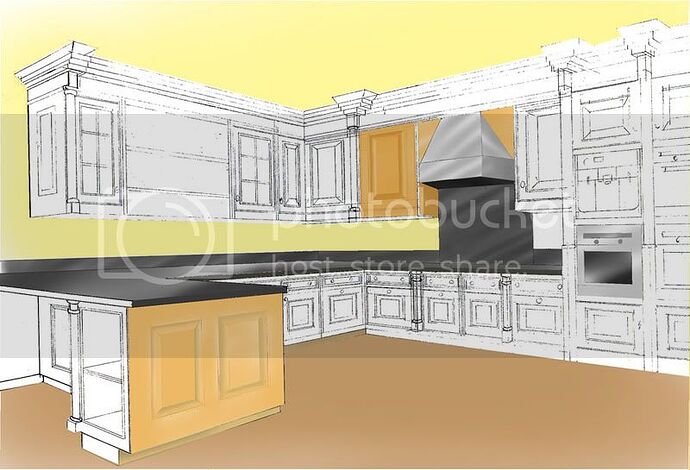 Interior sketches tend to have a certain style. Somethings are realistic and tight, other thing abstracted and hinted at. They are way harder than they look, I always struggle with them!

Here are a few from www.evodesign.com by Aaron Szymanski…

Here is one Aaron and I did together for a c77 competition. The idea was that all of the machines in the gym would generate electricity. The more power you generated, the cheaper your gym membership until they sold enough electricity back to the grid and they ended up paying you. This would create clean energy and get people to work. A good sized gym could power a neighborhood based on research done at Humbolt University… we didn’t win… but anyway, the sketches:

It was the interiors style that i was really struggling to get, a lot of interiors sites in the UK show drawings a lot worse than i posted but those you’ve shown are fantastic!

Do you use verithin then skanned and photoshopped as per your tuts or do you do anything differently when it comes to interiors?

I did not sketch them other than the machine sketched to the left. I believe Aaron sketched them with rollerball pens (not ballpoint, to avoid marker smear), they are pretty large, they had to be scanned in sections. I rendered them with Tria markers. I think the key is not to over render, there are so many elements, you just want to hint at things to give an overall vibe. These where from like 2002 I think…

I know that this is turning into a bit of a personal Q&A, but I was wondering if there were any brands of pens/pencils etc. that you could recommend (I know my style has to improve!), when I was at uni I was told over and over again by my lecturers not to use permanent rollerballs/fineliners and to use black biro because it’s easier to control lineweight, but the black biros bleed terribly with the markers giving a purple tinge!?!?!

I use a combination of Letraset Promarkers and Magic Markers, I’ve tried to find Verithin and that other brand of pencils you recommended, but even the art shops have never heard of them here in the UK - it’s hard enough to buy markers! I guess I’m looking for permanent ink rollerballs?

Sorry about the long post, but I’m sure I can get there provided I get the basics right.

Thanks again for your help.

I used marvy dark gray felt tips for the linework and i sketch with a straight-edge. The heavy lines are sharpie. The sketche Yo posted had an underlay to get the perspective right and then the fianl overlay was rendered with Trias.

I hope this helps.

I’ll do a search for those marvy pens, I take it sharpie means pencil (sorry if that sounds dumb as hell!).

I think that my problem is that I tried to over-render both images - less seems to be definately more!

Hopefully with this feedback I’ll get a style that works for me.

Sharpie is a brand of permenant marker made by SANFORD. The come in a variety of tips. I use fine and ocassionally ultrafine. Fine is not actualy all that fine once you have used it a few times. It was used for the heavy base lines.

Marvy is also a brand…they look like regular craft felt tip markers. The tips get flat and wear out extremely quickly but the grey line achieves a good effect and they can be rendered over without any smudging.

I’ll try to get hold of some and give them a go! It’s awesome being able to pick up these tips and tricks from those who know!!