This is going to be a weird mish-mash of ideas in this post, but here it goes.

I recently learned that the roundabout is starting to take off in the US. Apparently, growing 100 times in the past decade. I’ve always been fascinated by the roundabout and how it effects traffic flow. I’ve included a couple of links with some interesting info.

This made me think of interesting roads that I’ve been on. There are too many ugly roads in the world, but only a few beautiful or stimulating ones, aesthetically I mean. A couple that I’ll never forget, even though I’ve only taken them both one time, are highway 1 in California and the Apache Trail in northern Arizona. Both were the equivalent of Model T Fords in that they were dangerous and uncomfortable. But, they offered picturesque landscapes. I’ve posted links below.

I’m interested to know if anyone else has seen a beautiful road or an interesting road element out there. Anyone? 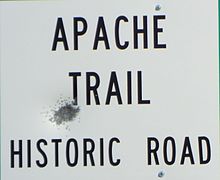 you aint driven until you’ve been on the roads around Lucca/Livorno on the northwest coast of italy, all bends, with a sheer drop of the road on one side, and rockface or forest on the other. beautiful views of the Lugurian Sea, small towns and enough mopeds and trucks to keep you well awake.

1 and 101 are hard to beat… The Old Columbia Gorge Highway was named by Automobile a few years ago as one of the most fun roads to drive, awesome views, twisty as heck, and most of the cops are on 84, the modern highway that replaced it…

The thing about round abouts is, the road sign system must be very well designed, because if not, drivers who are not familiar with that round about will be lost in the whirlpool of traffic trying to find their “exits”.

So I think round abouts work great for locals who know the place very well, but not otherwise.

As for interesting roads, within Michigan, there’s the route 119 between Cross Village and Harbor Springs. It’s a lake shore drive designated to be a scenic route that twists and turns along Lake Michigan, but covered with trees. So you get a good 20 miles of twisty adventure on the 1.5 lane two-way road.

I’d love to go on that road during week days when there will be less cyclists and tourists, or even during off peak season like spring when it’s still cold out but without snow or ice on the road.

Here’s the map on google


On the other side of the world, there are tons of mountain roads in Taiwan. Heaven for drivers who enjoy driving, but can be quite a hell for those who get stuck behind inexperienced ones.

Yes that’s me with one hand on the camera. 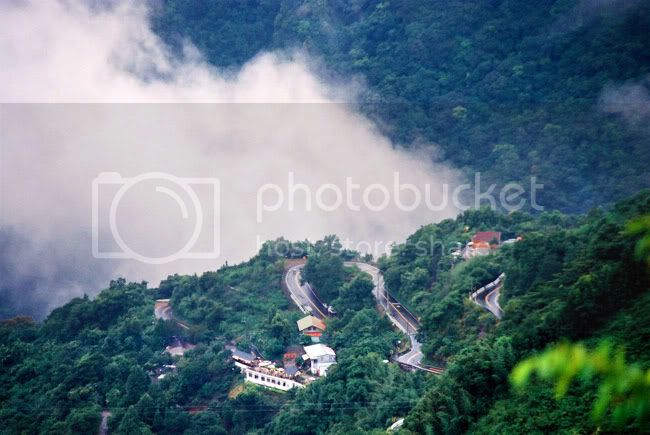 There was also the Tail of the Dragon in Tennessee, I say was because police harassment has made the road virtually impossible to drive on. Even if you aren’t speeding they’ll find vitually any excuse (or no excuse at all) to pull you over. Sadly I’ve never gotten to drive it and at this rate probably never will. From the friends I have that have driven it it’s supposed to be pretty amazing.

lived in michigan, lived in north carolina, live in california.

the 1 and 101 have pretty scenery, but the roads in the east are in better condition and offer more challenge and more to do. less traffic too.

as for tail of the dragon(317 curves in 11 miles - insane fun on a motorcycle or car), the surrounding roads are way more fun. lower 28 down on the river upto the tapoco lodge, the upper 129 from Deal’s Gap to Robbinsville.

none of these roads are 1/2 as much fun as running them in a roadster convertible. i’ve driven all thse roads in my trusted friend: '92 miata

added fun for me is running them on r-compound tires.

michigan folk, gotta run up the lake michigan coast. past charlevoix is the “tunnel of trees” awesome little blast along the bluffs.

glendora mountain road is fun in north los angeles, as are the canyon around around malibu.

well this is certainly in a different direction than previous responses, but…

I lived in Amman Jordan for awhile, population several million. Going back a few years so the city may have changed, but the main city traversing road had no traffic lights just roundabouts. Referred to as circles they became wayfinders, directions given in reference to circle proximity. I lived between the 2nd and 3rd circle: everybody knew I meant a neighbourhood branching off from this area of the city, as well as relative quality of neighbourhood. If you lived near the 7th or past the 8th circle you were in the new suburbs. The 1st circle was the old city (>5,000 years) downtown core near the main mosque.

They were quite easy to learn to drive; one difference between these and North American roundabouts was that you didn’t stop or yield on entering, it was full speed into it. There were rights of way that were reasonably adhered to more due to volume of traffic flow than law abiding. Reasonably well signed too which road branching off the circle went where. However, having seen other roundabouts in various cities, these ones were huge in comparison which I assume permitted their large volume of traffic management.

When I started the post I was refering more to the aesthetic aspects of the roads rather than the driving experience. For me, highway 1 was a scary ride, even at 30~35 mph. I was driving a Camaro (really bad ground clearance) through a very foggy night. For those who don’t know, hwy 1 is in the middle of cliff and therefore, covered with boulders of varying sizes. I later found a dent under the car. How I didn’t puncture something vital is beyond me. However, it was incredibly gourgeous…the moonlight shining on the ocean in the less-foggy parts.

Apache trail is similar. It’s damn near 1 lane, if that. Mostly gravel. Almost no one outside a proper 4x4 takes that road. It’s a popular way to get a boat up to Lake Roosevelt, a dam reservoir. It’s incredibly scary too, absolutely no thought of safety. Beautiful though…it’s like driving in the Grand Canyon, not just next to it.

In respect to aesthetics, has anyone seen a city or state take as much thought into their highways as Phoenix? I was really shocked at the artwork on the highways there. These photos don’t do them justice. It’s not always good, but it’s better than barren concrete.

Note the evolution of his rig design as you view these vids. 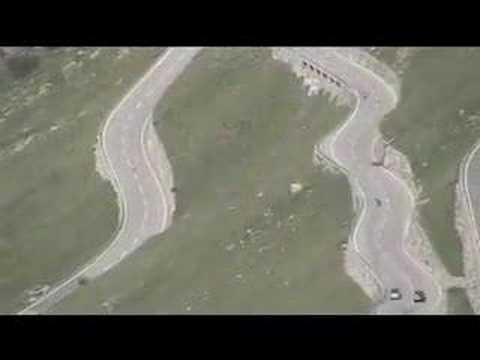 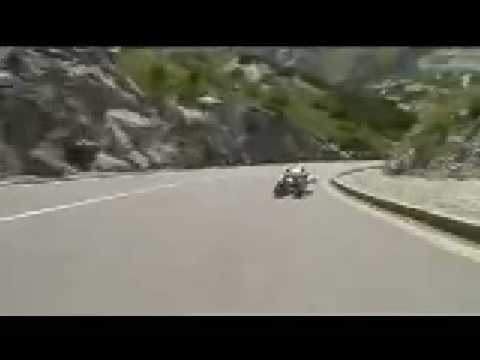 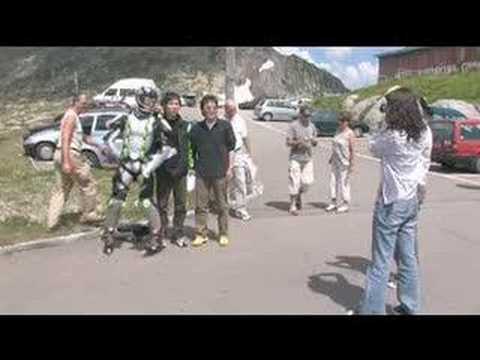 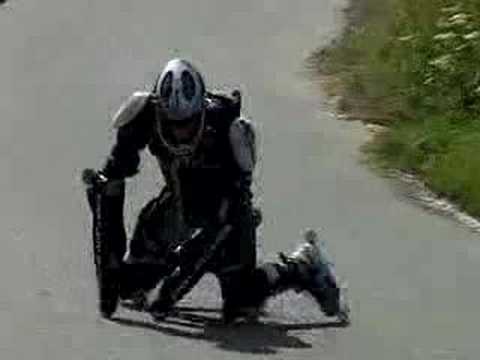 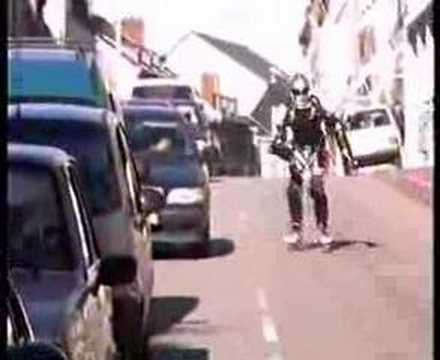 Just got married last month! anyways we went to maui for our honeymoon and went on the most interesting road i’ve everbeen on… If you’ve ever been to maui, you’ve probably done the trip, it’s kindof a must. the road to hana goes through a tropical rainforest where along the way theres tons of crazy cool stuff to see. 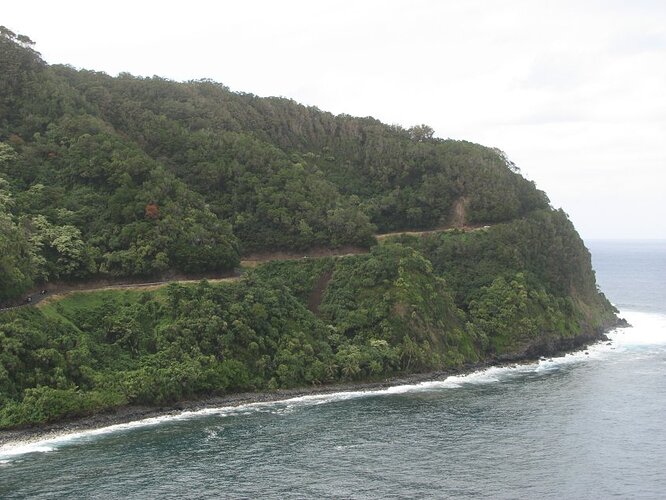 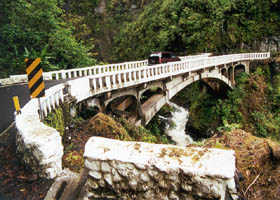 you aint driven until you’ve been on the roads around Lucca/Livorno on the northwest coast of italy, all bends, with a sheer drop of the road on one side, and rockface or forest on the other. beautiful views of the Lugurian Sea, small towns and enough mopeds and trucks to keep you well awake.

I did that drive last week in a little Smart Car! The Cinque Terre roads offer a combination of sheer terror and sheer beauty. I also enjoyed the road from Como to Bellagio. 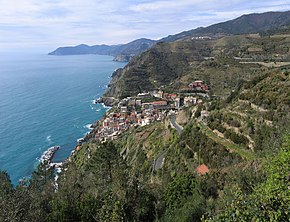 The Cinque Terre (Italian pronunciation: [ˈtʃiŋkwe ˈtɛrre]; Ligurian: Çinque Tære, meaning "Five Lands") is a coastal area within Liguria, in the northwest of Italy. It lies in the west of La Spezia Province, and comprises five villages: Monterosso al Mare, Vernazza, Corniglia, Manarola, and Riomaggiore. The coastline, the five villages, and the surrounding hillsides are all part of the Cinque Terre National Park, a UNESCO World Heritage Site. The Cinque Terre area is a popular tourist destinati... 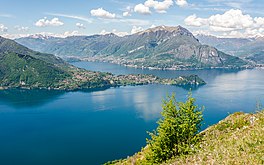 Aesthetically I also like the “Million Dollar Highway” in southern Colorado. I pulled off at a vista point over Silverton and a Mazda Miata club all came wizzing by–they were having a blast! 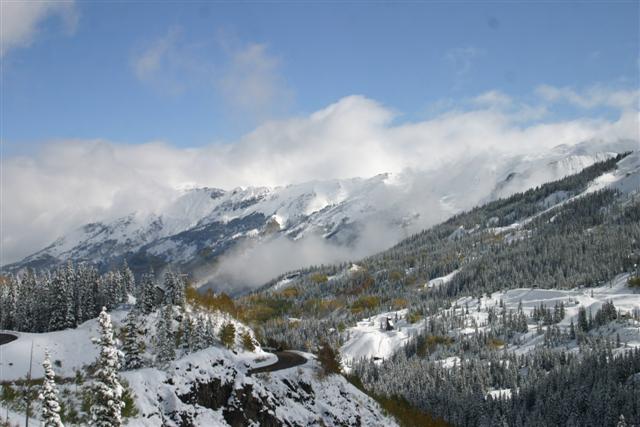 1 and 101 are hard to beat… The Old Columbia Gorge Highway was named by Automobile a few years ago as one of the most fun roads to drive, awesome views, twisty as heck, and most of the cops are on 84, the modern highway that replaced it…

another sweet drive in the pacific NW is Chukanut Drive… just south of bellingham\fairhaven… there were some commercials filmed there recently.

brings you right up the coast from belfast to the top of northern Ireland through a handful of wee fishing villages and cliff hangs. Then you pass the famous giants causeway, carrickarede rope bridge, and into Portrush, Portstewart - the mouth of the Irish sea. Only 70 miles long, no where near as long as the roads across the big pond but a taste of home so I love it…

I took this photo of Monument Valley Arizona last October.
Check out the awesome dirt road! 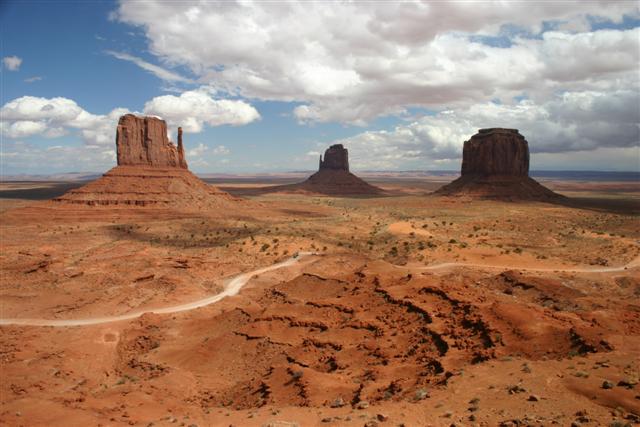 I took this photo of Monument Valley Arizona last October.
Check out the awesome dirt road!

Funny…I look at that and I hear “meep, meep”