I found this Popcorn package concept and thought I had to share this with everyone else. This was a concept done by a student named Anni Nykänen from PACKLAB which is a is the packaging and brand design department, at the Lahti Institute of Design.
I think this is a brilliant and different way to look at Popcorn and the social setting that it is consumed. The package is elegant and functional. It has won numerous awards and I have attached the right up from Lovelypackage.com.

“In 2008 Anni Nykänen [of Packlab] won four awards for her Popcorn concept. Three of them European student design awards at the IOP: Student Starpack Awards. The Gold, Best in Show Award, Marks & Spencers / Korsnas Frovi Sponsored Award as she helped PACKLAB. Lahti Institute of Design to win the Eric Dickens Award for the second time in 2008. Months later her packaging picked up a 2008 Honorable Mention at the Worldstar Student / Packaging Design Competition (International) Award.” 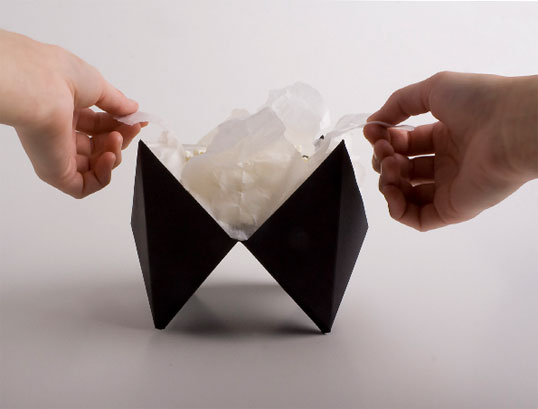 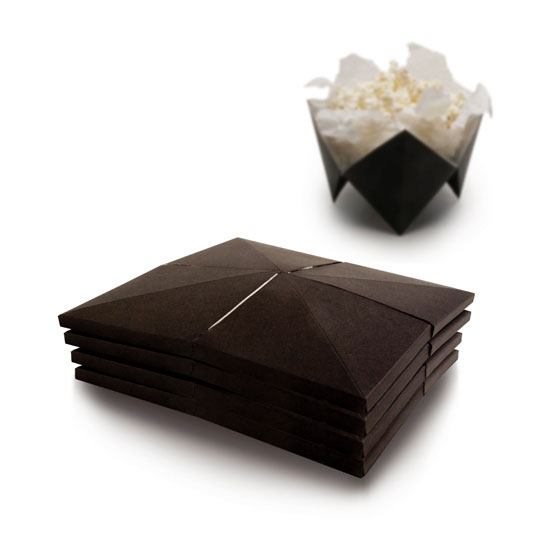