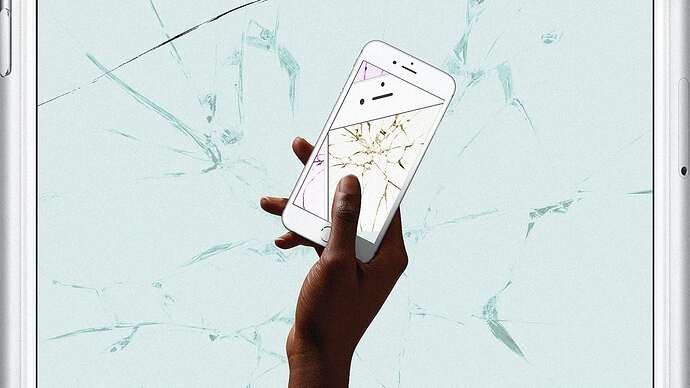 Why Won’t Apple Fix The iPhone’s One Huge Design Flaw?

Twenty-five percent of iPhones break in exactly the same way. It’s not just a design problem–it’s a UX problem.

So basically, the article implies that Apple is a big evil corporation who purposely don’t invent a magical new nanotech screen substance that never breaks when you drop it right on its glass surface on a rock.

It’s the old “planned obsolescence” argument that a lot of non-designers crap on about. “These companies design their products to fail just out of warranty so we’ll buy a new one.” and “Why isn’t my $60 vacuum cleaner designed and build to the same standards as a Dyson? After all, it’s all just the same metal and plastic… Dur hurr.”

They could use polycarbonate. Doh!

I agree with you Aaron. It’s a dump on Apple article.

i think apple gets held to a higher standard than it actually is, partly because it is the best and worse in its field. On the other side, you have android, which has MANY different manufacturers/developers, all on different standards.

I see apple for what it is, a quality product that executes well (usually). It seems apple lets the new stuff get worked out and tested in the android world first, hence why apple is relatively slow with new technology. Not being the first to market is not always a bad thing. Each side rips each other off, both in physical and UI design. Either way, the consumer benefits.

As far as the screen goes, it was disappointing that there was so my pre-hype about a saphire screen, that was unbreakable, and then supposedly a supplier issue prevented its release. Good thing HTC was able to work it out, and come out with an almost unbreakable phone.

I do always get a chuckle when there are apple/android debates, they are much like political ones, where each side is usually very biased and unable to look from a neutral perspective.