I have been wondering for a while about the idea of interchangeable footwear. I’ve been doing a little research on how current brands have been pulling it off, and its not very inspiring. The most common way and conventional way of being able to change the upper on a conventional outsole is through a zipper which is sewn onto the inside of the outsole sidewall.

Has anyone ever thought about this market or considered a more interesting way of approaching this idea?

Surely the idea of changing your upper to a nice fresh hi-top from a low chuck tayloresque style without the visual distraction of a huge zip running around the sole would be a pretty cool and ultimately useful purchase for alot of people.

Anyone shed any light?

I’ve seen a lot of concepts, a few brought to market. Nothing successful. I think it is one of those things that is better in theory than in practice.

Footwear is not something that is that expensive if you want to have different styles to complement different looks. The practicality of limiting design by modular elements (ie. can’t change outsole or last shape) and the complexity of having to swap parts out and compromise on design to allow for some sort of mechanism accordingly make it a non-starter.

The one concept that comes to mind was the F-50 tuneit. I actually had the system back in highschool.

It came with a couple of different uppers (Different materials, colors), insoles (stability, speed, power), and studs (soft, hard, firm ground). The idea was that you could mix and match the parts to get your custom feel. One flaw was that the studs kept unscrewing, but nothing a bit of loctite didn’t fix.

A couple of key issues I ran into: 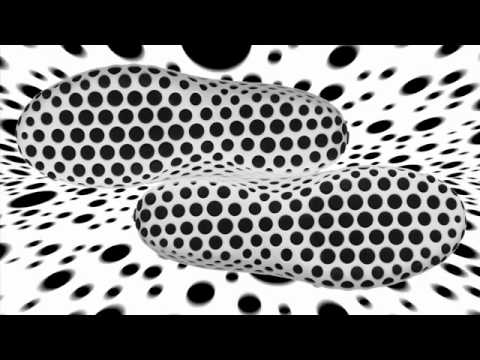 The original concept here was to have a modular shoe with three main components, a rubber outsole the mechanically snap fit into a TPU foot form and an inner bootie. Each part could be traded out. The cost of the TPU mold was pretty insane… it was also the most beautiful mold I had ever seen!

There were a few follow on products that never really saw the light of day.

There have been a few on kids footwear - I’ve worked with one of them in the past and am working with another one now.

Depends what you define as successful, one of the brands I worked with had only failed due to a big falling out that was nothing to do with the product - we had lots of orders when it went under.

The footwear company Nat-2 from Germany does the most interesting ones (IMO) every season they seem to move the concept on a little. Their hero product is a sandal which becomes a sneaker. 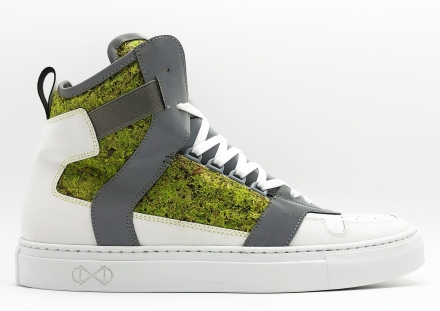 Seems to work better as casual lifestyle rather than technical.

Love them in concept and had a chance to buy when they first came out, but look kinda dorky in real life.

super dorky. They are more of display shelf shoes than wearing shoes I think

A colleague of mine actually had some sort of aqua socks he wore often that almost looked the same. But he got them $15 at a dollar store instead of $250…

much better deal… for the price of interchangeability he could have gotten 16 pairs of his aqua socks and had a little change left over.

Thanks for the replies.

I was already aware of the Nat2 brand and their interchangeable style and i totally agree with Richard and Michael, that they don’t look good. The system they use is so badly executed that it looks cheap, and too bulky. They’ve essentially got two shoes in one but both on the outsole at the same time which makes it too out of proportion as there is way too much fabric and layering of components going on.
I’ve been approached by a clothing company to come up with some ideas for this type of product ,to compliment their classic, minimalist feel on clothing. I want the shoe to look and feel as natural as possible and to not compromise on the overall look and simplicity because of the interchangeability.
I’m thinking of developing 2 initial products. Both uppers on the products will disconnect via zip [still thinking about this one] at the most forward point of the eyelet/facing panel and zip round to the other side to remove the upper. This means that the outsole will have the toecap/vamp connected and possibly tongue [this could be interchangeable too] as i think if the toe/vamp is lasted onto the sole the shoe will look much more conventional from the wearers perspective and also on display which i believe is important. The first consideration is a lo top which i’m thinking should have a common projects “achilles” look, which will transform into a rather nice hi-top. The second option is going to be same construction, but again two different uppers styles, but due to the panelling on these styles the other two uppers from the first option will not fit this kit. So all in all you have 4 footwear styles [for the time being] across two kits.
Development process will begin soon…

…tooling so cost prohibitive…The cost of the TPU mold was pretty insane… it was also the most beautiful mold I had ever seen!

Curious, what is considered a reasonable price for TPU tooling in the shoe world? Please indicate estimated volume as well to put the numbers in perspective…

It depends entirely on the size of the component. I’ve opened a TPU mould recently for a heel stabiliser which will be used on an EVA running shoe which was a couple hundred dollars. We then need to open the size run for production as the stabiliser obviously gets bigger each size you go up. We’ve opened production moulds for a tech running sole as well which was around 10K dollars.

I know it’s not replacing the whole shoe, but does anyone remember these with the interchangeable tongues?
http://www.sneakernoize.com/2011/09/adidas-originals-century-lo-bk-3-crooked-tongues/
or another variation

I've bought a few pairs :p I just don't post on here that much :) Where did you get them Snakeskins mate?.. i do love supes and them ones are sweeeet! [quote="djkav, post: 16531508"]I want another pair of these, best trainers I have ever worn :D

Btw, I was saying the Nikes are dorky. Didn’t look at the other ones.

TPU tools typically are pretty inexpensive for a component. Often with a heel piece they are the same part from left to right shoe, so there are some savings here as well.

With the Newson shoe, the mold had to fit the entire shoe, so it was quite large. To get all of the circles radiating in every direction, it was a 5 part mold, with a solid core. Duplicate that cost for the left and the right shoe, now duplicate that cost for each size of the shoe… $$$ Now make molds for the inserts as well that mechanically snap in…not sure what the dollars and cents were.

If making any tooling consider how you could make the part flat and wrap around during assembly. Flat parts are not that expensive, but as soon as you have something 3D with a lot of volume, the price increases quite a lot. Multi shot colors and details also add costs.

Right, those prices are in line with my experience with TPU as well - usually quite cheap compared to the typical ABS/2k stuff. I just figured that with the high volume of shoes the investment in any TPU tooling would be negligible. Any plastic tooling below $10k I usually consider cheap… But I suppose the payoff times in business cases for shoes would need to be much shorter since the shelf life might not be more than what, 2 years? So cheap in one field is not as cheap in another… also I forgot about the 10 different sizes thing

I have opened moulds costing around the 10k mark with our factories and they themselves pay for them up front. Our customer might place an initial order of 30k units and a further order of say 20k. The factory simply add around 20 cents t the cost of each unit and the cost of the mould disappears so to speak as its been costed into the orders over time.

Hi all I’m always in and out of this forum and sure I have posted a few times. So hello to all and will be hopefully adding my 2 cents to anything discussed.

Regarding mould costs for TPU etc, It is an expensive part of the footwear process as pointed out by many already. Using TPU outsoles for football I have worked on costs around 8-10K so is very costly. Using moulds like the Adidas F50 where the counter is incorporated adds a lot more to this due to having further sections that have to move etc to remove a more ‘3D’ unit.

Tmatic, i believe this is the Tmatic from such fame as the footsoldiers?!

good to be in touch mate