Hey this chair was a student project that I didn’t have time to properly upholster. I designed and fabricated the whole thing myself so the current fabric is just faked on. Now I’m getting it professionally upholstered and want to know what you guys think of some colors.
More process on the coroflot too. Colin Roberts, Lead Industrial Designer in Madison, WI 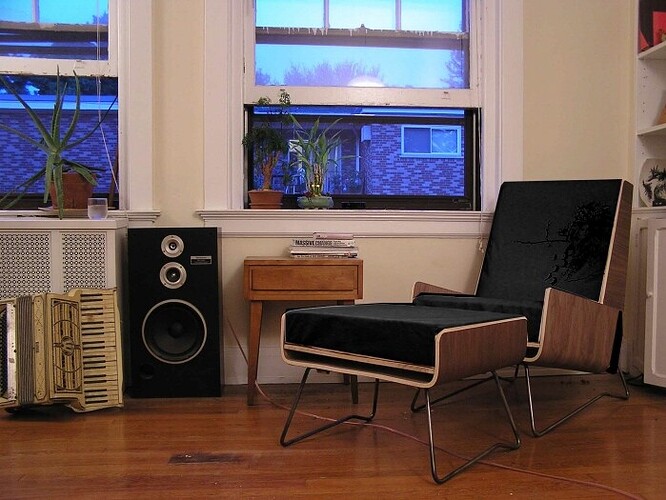 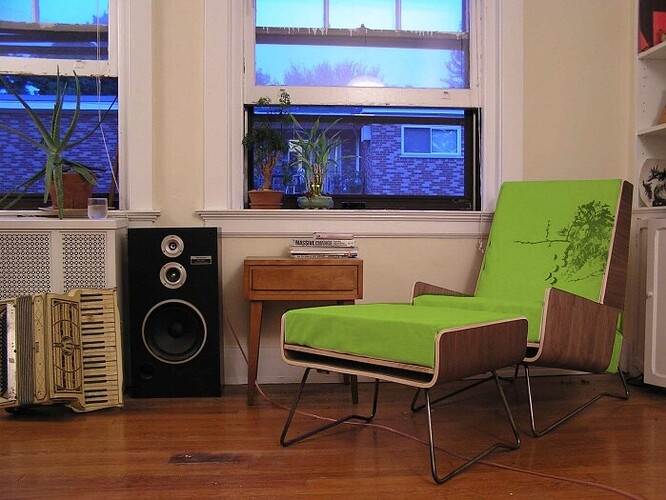 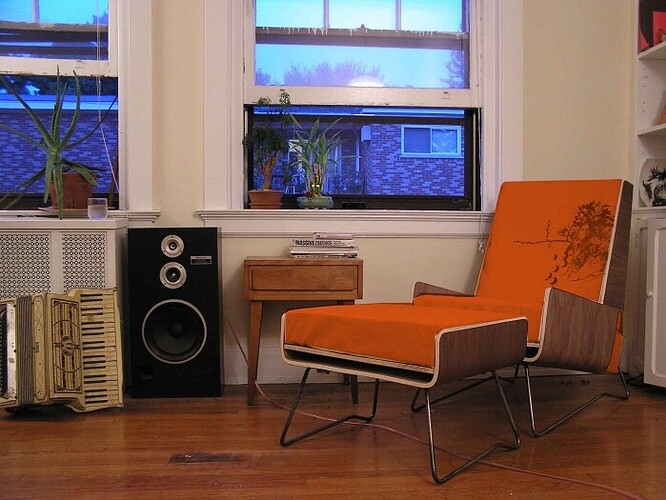 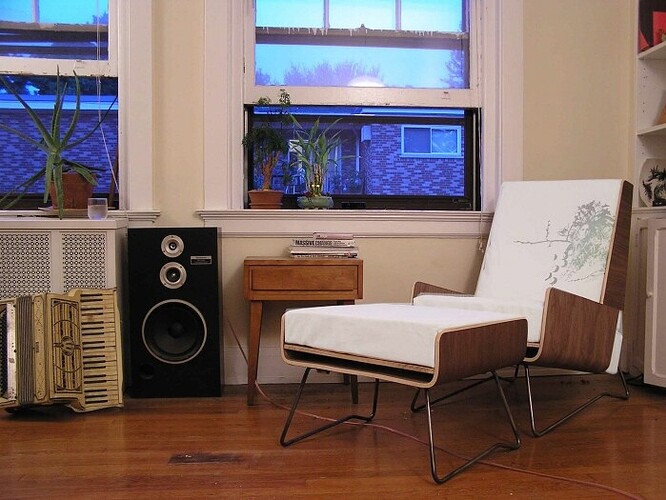 Nice design - I hope you entered it in the BluDot lounge chair competition.

I know you didn’t ask, but I’m going to go out on a limb and suggest using a patterned fabric.

I can see that the print you’re using is your own design, and it’s nice, but I’d love to see some great overall pattern to contrast with the clean lines of the design. Something kinda modern, kinda retro, kind of edgy, I dunno.

And I DIG the accordian! (I play too)

cream, top-stitched at the edges to mimic the plywood in reverse. if you’re going to do a graphic, get it tattoo’d on.

i would consider a minimalist arm upholstery treatment at least, too.

That orange really brings out the warm tones of the wood. I dig the boldness of it.

Yeah, gonna have to go with orange on this one; and not because its the same color color combination as my avatar… ok maybe a little.
Kung fu Jesus’ suggestion is a close second though.

I’ll be on the look out for some nice graphic prints, I never really thouhgt about it but I like the thought.

I was not aware of the blu dot comp.

The stitch will definatly be following the form or at least in a relation too it.

I played with alot of small arm rest but couldn’t find anything I liked, maybe I’ll go back at it.

Any thoughts on fabric, I’ve heard some suggestions for industrial felt and vinyl.

Thanks again, the feedbacks awesome.

just a question: is that 15mm ply? it looks meaty. i don’t typically see bent ply that thick.

No I laminated it myself, it’s 4 quarter inch plys of indian poplar with two 15 mil plys of walnut veneer. So actually closer to 25mm in all.

you should try sketching up some cut and sew overlays so you can give the upholsterer a better-defined direction. i’m fighting temptation to whip out a couple here at work.

I have nothing else to say. That will be my new direction.