I’m having the hardest time getting a supplier to get an ink fill right on some recessed grooves on a button. I’m looking to learn more about the process (ink required, application process) so I can better advise the supplier. Its similar to the ink fill on product badges that have recessed text or graphics like the “VICTORY” part of this one: 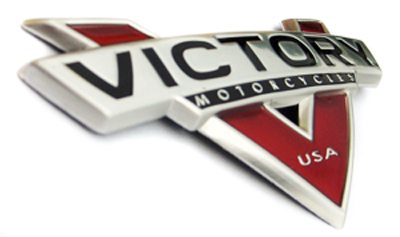 The supplier is currently using an epoxy ink that may be too viscous, and they’re also hand painting it in, which leads to sloppy and inconsistent results. I need it to be crisp and consistent. I’ve called companies that specialize in product badging (like GM nameplate and Northern Engraving), but they don’t seem to know much about the process beyond a guess, since its all done in China.

Does anyone have experience with anything like this and can advise?

Check out this supplier

Bringing together innovation, technology and design in the manufacturing of modern metal interior trim for vehicle interiors, nameplates and appliance panels.

They do nice / innovative / and high quality work

That is Northern Engraving, which I had called previously. They did not know the exact details of the process and could not give me any advice, as it is done in China without much transparency into the process I’m guessing.

But I don’t know for sure. Contact a pad printer.

That is Northern Engraving, which I had called previously. They did not know the exact details of the process and could not give me any advice, as it is done in China without much transparency into the process I’m guessing.

Is there a particular reason why you must use ink fill… could you not design in another way to achieve the same look?

Have you tried LaFrance? They do stuff like that all the time.

Talking with someone on the phone won’t get you far. If you can get a GM Nameplate technical rep out to see you, they will tell you more than you ever wanted to know. I’ve used them with success many times for similar items.

I just spoke with an ink supplier (ITW Transtech) that recommended pad printing the grooves after looking at some images of the parts. They gave me a contact for a local pad printer, so we’ll see if I can get my client to run some parts to them for samples.