I have one simple question…what is the difference between product- and industrialdesign?

er, yep, there is definitly a difference. Erm…

?
product design is one of the parts that compile industrial design…toy design, furniture design, automotive…soft goods…shoe design…but all of those fields together can be generalized as industrial design. Am I wrong?

Think I’ll go for industrialdesign then:) and skip those productdesign programes…

Are you asking because you are looking for schools? You have to be careful. Just because a school has a “product design” program instead of a “industrial design” program doesn’t mean they leave stuff out.

Art Center, for example, calls their program “product design” but they do a broad spectrum of industrial design work. In their case, I’m assuming they call theirs product design because they also have an automotive design program. Automotive design seems to be the one part of industrial design where its hard to cross over into other areas and vice versa.

In Art Center’s case, they do not teach enough about production materials and processes to call it industrial design. In my experience, their graduates can draw beautiful pictures but most do not solve design problems or design for manufacturing, they merely re-style.

Now, the interesting thing about Loughborough University, where I studied, is that the “Product Design” course was taught by the Engineering Department. They did more materials and engineering than us Industrial Designers

Whereas, in other universities, it was the other way around. Well, I just came to the conclusion that Industrial Designers were more versatile in the long run and, although they couldn’t necessarily do all the engineering and beautifully finished renderings, they at least knew how to converse with those that could

Does that make sense, or am I talking bllcks again?

I think the differance is symantics.

Product design is a more contemporary term. Often associated with hard consumer products. Some comapnies call their production engineers product designers, some software developers title themselves product designers, and if you break the definitions down it can fit in all three cases, confusing.

Industrial design is an older term, coined much earlier in history. I think it probably dates back to the industrial revolution (just guessing) when craftsmen became designers, making patterns that where sent to tool makers for production. Thought this might seem more acurate (as many of us do this at some point) the problem is public perception, most people will ask you if you design factories when you tell them you are an industrial designer.

So let me ask you this, why is it the public has these beautiful romatisized visions of what fashion designers, automotive designers, even toy and shoe designers do, but industrial or product design is equated with mere manufacturing, versus what it really does when it is done right, connect with people and improve daily life, if in only small increments?

IDSA where are you on this one? Where is the PR for design as a whole, not just for your self proclaimed choosen ones?

This is one of my favourite debates …the Product design versus the
Industrial design debate,

As far as I am aware the term Product Designer has only been around for 15 years or so. I would dispute that their is a great
difference between the role of a Industrial designer and that of a Product
Designer, but only that the profession is going through a name change.

It’s still a very “immature” field, compared to others…in my opinion. Look, a bunch of us has only a vague idea if there is or there’s not a difference between product and industrial designs. Kinda stupid.

In UK as far as i’m concerned, the mainstream “Product Design” term comes from the Art & Design schools, like Central St Martin, Kent, Ravensbourne, who focus their teachings on the less technical, more intangible side of design (eg, aesthetics, future of design, conceptual stuff, product innovation, etc).
On the other hand, the mainstream “Industrial Design” term refer to that at Brunel, Loughborough University, where students are exposed to all processes involved to bring a product from conceptualisation right up to production. Technical teachings includes mechantronics, design for manufacture, materials, air system design, etc, etc.
But it all boils down to what is being taught, sometimes it’s just a pretty lame labeling to differentiate a slightly different course from the other. So check out their modules first! 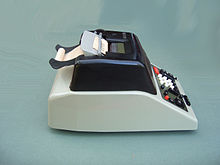 Industrial design is a process of design applied to physical products that are to be manufactured by mass production. It is the creative act of determining and defining a product's form and features, which takes place in advance of the manufacture or production of the product. It consists purely of repeated, often automated, replication, while craft-based design is a process or approach in which the form of the product is determined by the product's creator largely concurrent with the All manufac...

Product Design is similar to industrial design, though often broader in scope. In addition to considering aesthetics, usability, and ergonomics, it can also encompass the engineering of objects, usefulness as well as usability, market placement, and other concerns.

Personally I disagree with most of what’s been posted.

Product means that you only design products, therefore you should be more well versed in manufacturing and human factors considerations (at least that’s what my school taught those specializing in product).

Maybe it’s a bad example, but can you imagine a bunch of engineers questioning where civil and transportation engineering overlap, if they’re so similar are they the same, what was first…and the main question of all, wtf is it?

Jeez people- Product and industrial design are terms that refer to the exact same field. The only reason that we have the term “product” design is that the general populace still thinks that industrial design refers to factory design and layout. The term product designer is a little more transparent and focuses the definition of the works we do- designing products.

I think the main point that is trying to be made is that both Product- and Industrial Design are basically the same, eg. designing products for the product industry.

The main confusion has arisen because each institution or industry sector tries to make a distinction between the subsets of design courses/jobs it offers by using a non-universal system of labelling. One may call ID what another may call PD, and vice-versa.

People just have to look into each course or job description individually.

There is no definite label for a more engineering-oriented design course, nor for a more blue-sky-oriented course.

In my last job, I was a ‘Design Engineer’. I like that best.

Shoot, my business card could say a number of things (product designer, industrial designer, design engineer, etc.) but as long as I get payed, it’s all good! I do the same thing anyhow. The question has already been answered.