it may be that I am late to this game, but today, [taddah!!!] I downloaded sketchbook pro on my Iphone.
It was a revelation.

After our toddler got a “magna doodle” from friends I kept sneaking it away from her until I thought,
well, what am I doing here…

As we are approaching my birthday and the christmas season I am seriously thinking about putting either
an Ipad, or a small cintiq on my wish list.

Funny thing is, at first I didn’t realise, that sbp uses speed for the interpretation of line weight. Clearly that is
not the best way to do it, so I searched for inductive styluses (styli?) for Iphone and Ipad.

Question1: Does any of you guys use an inductive stylus with sketchbook pro, or simular? Is the JOT TOUCH the one to have?

Full disclosure: I had a tablet like 8 years ago and found it awkward, so until now I still do my sketching on paper and
rework it in photoshop. Very 90ies, some of you might think. And you are probably right. But as I went deeper into the
PM route, less and less scetching was neccessary, professionaly. The combo of Photoshop, Indesign and Rhino always anoyed me to a point, that I didn’t want to be a hands-on design “guy” anymore. Thus sketchbook in connection with an Ipad looks like a big promise of working intuitively and fluently on one device.

Question 2: What are the experiences of those of you, who talked about loosing the cintiq for an ipad, last year?

Like you, I’ve been searching for that simple, intuitive solution.

Years ago at a previous employer, I had the first on-screen Wacom Cintiq (beige colored one about as thick as an encyclopedia with a big ole’ kickstand and enough cables to wire a house) as I’d never liked the sketch here and watch there versions before it. That thing, although rudimentary, was great - but when we went out on our own it wasn’t feasible to spend 3K per seat so we stepped back to Toshiba Tecra M7’s and still have two in use today. I think Toshiba was the most invested manufacturer where wacom-enabled tablets were concerned - and it showed in their products (until Toshiba wandered away from it and went mainstream). The Tecra M7s are too thick for today but were the last well equipped flip-tablet models (Nvidia graphics card, fast CPUs lots of RAM, great wacom sensitivity & 14.1" screen) so they’re still keeping up today.

I’ve tried a few stylus’ on the iPad with SBPro and none were satisfactory - compared to the Toshiba’s wacom it’s like pushing a bulldozer through an alley. I’ve been watching closely as Windows 8 nears its launch because I’m betting a few of the newest tablets will have the stylus and screen size we’re looking for - and the idea of running everything we do on our PCs is appealing (Samsung and Acer have shown tablet concepts as large as 17" with built-in stylus - wouldn’t that be nice).

Do an image search for Sony VAIO Duo 11. I like where they’re going!!

So the iPad is relegated to surfing Flipboard, ESPN.com and watching Netflix and Hulu+ & WatchESPN while I wait for an awesome, highly powered, wacom + touch enabled, super tablet running Win 8Pro.

I have a Wacom Bamboo iPad stylus and it’s not bad, but I found that I rarely use it anymore. I found it useful for a few quick doodles but eventually found myself just back to carrying my paper notebook and a decent pen. I found it hard to get the control I really wanted out of the stylus.

Perhaps I shouldn’t have asked on a Saturday.
*
Any more takers? Experiences with JOT?
*
mo-i

I have a Cintiq at work, a convertible wacom enabled tablet pc, and I just bought a Nexus 7, which has a capacitive touchscreen like an ipad… of course I wanted to try it for sketching

Borrowing a bamboo stylus and with SBP installed, I gave it a try… and I really feel it is lacking! I miss the pressure sensitivity and think it’d be hard to come back from it. Perhaps other capacitive tablets or other stylus capture sketch lines better, but I found it much more difficult to control with what I had

With all the new Windows 8 tablets coming out next month, I think I’d go for one of the new Samsun Wacom enabled tablet PCs. You get a laptop, a slate tablet, and a convertable tabletpc all in one!

I use a cintiq 24HD at work. Nothing beats it as far as getting close to “real”… still, when I need to jam something out in a crunch, I do it on paper and then marker or photoshop. The iPad is great on the go, in a meeting, or on an airplane when you can’t have all of your materials, but it takes some serious adjustment. Great for marking up and reviewing work though. I only use sketchbook pro, or sometimes skitch for doing redlines, I don’t like any of the other drawing apps for it.

I’ve had the gateway convertible laptop with wacom tech. and I have a cintiq at work, plus a tablet at home…I still use paper and pen for at least starting out, then I sketch over it on the cintiq. I used the gateway for a long time in school, but I was never really able to sketch on it. The cintiq has something like 2000+ points of sensitivity, while the gateway with the wacom bits had like 250ish…

I’ve looked at the slate tablet pc’s, but i’m still skeptical that they will have the same problem as the gateway.

I think the best bet is to find a used 12" sized cintiq as they go for what you would get a new medium intuos for.

I’m not a fan of the 12 inch cintiq (I have one as well). It is kind of a neither fish nor meat thing. It isn’t portable (not at all) and it is awkward on a desk.

Yeah I tried the 12" and found it super useless. Doesn’t give you the real estate or resolution that you’d want, and the giant wad of cables tethering it make it really awkward.

Cool, thanks guys you are giving me nice guidance,here.
Perhaps we can use this thread to report further experiences on the matter. For now first of all I tried out the Jot pro on my phone. Needs some serious getting used to. Feels like pushing a hockey puk to draw a line.

Sadly there will be no way to burry a 24’ Cintiq in corporate expenses this year…
So I’ll wait until after christmas to see whats arround in the consumer priced field by then.

One downside of a tablet PC is that when you’re drawing/working near the edge, you really don’t have anything to rest your hand on… the border on the Cintiqs takes care of that for you

So far, I’ve been disappointed with the light duty specs and small screens trend I’m seeing on these newly introduced Windows 8 tablets - and only few support a Wacom stylus …but, here’s a nice Dutch product that at least comes close to the size of the EP121, but with apparently better spec’s.

Does anyone of you use a Galaxy note for sketching? There are pretty impressive artworks out there. Worth a try?

I bought a Samsung Galaxy Note 2 over an S3 for its drawing capabilities. Ive tried all the drawing apps I can find. In my opinion, the #1 app on the android marketplace is called “markers.” It is a barebones sketching app, there is no layers, but it is smooth as butter and has the most user friendly interface. It also has the ability to give pressure sensitivity to non pressure sensitive devices. I don’t know how it actually works (it is NOT simulated pressure based on your speed)… But I was able to get pressure sensitivity on my Droid X using just my finger. 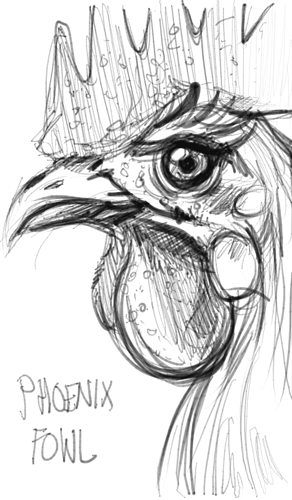 Now I just have to rethink how to unload the Iphone to get a Samsung
or I’ll have to get a second “phone” just to use it as a sketchpad. Weird,
but I’ll look into it.

@bngi, are you talking about the Pogo Connect, blue tooth enhanced stylus

It looks pretty cool. I haven’t talked to anybody who has used it and the testimonial movies do not convince me that it does anything special. It’s also $80.

I just got any iPad and I’m in the market to upgrade my current stylus.

From the front page the other day. Made me think of this topic.
http://m.core77.com/blog/cartoons/coretoon_pressure-sensitive_stylus_24132.asp

@bngi, are you talking about the Pogo Connect, blue tooth enhanced stylus

It looks pretty cool. I haven’t talked to anybody who has used it and the testimonial movies do not convince me that it does anything special. It’s also $80.

I just got any iPad and I’m in the market to upgrade my current stylus.

Yeah exactly. Theres also the Jot stylus from http://adonit.net/ which looks interesting. Should get one soon if i can spare some cash. Not a fan of the bulky tips like the pogo and other standard styli’s. (Sooo what is the plural form of stylus…needs to be settled.)

I don’t know about the Jot, that clear disc makes me uneasy, but I have not tried so that is totally unfounded.