UGH is all I have to say about indesign

I am trying to bring multiple paths from Illustrator into Indesign. However when I copy/paste them. They come in ‘grouped’ as one object. Indesign will not let me ungroup or treat them as multiple paths.

Anything I can do besides copying and pasting every object in separately?

What are the paths for? An illustration/graphic or something you need to use for text? While you can copy and paste paths from illustrator that’s not really the right workflow. You should be placing illustrator objects in ID and editing with illustrator. Why would you want/need to separate the paths inside ID?

Ps. Pretty sure you can unground multiple paths inside ID.

No, it should work. At least it does in my Creative Cloud AI/ID.
You can paste into INDD and then right click to ungroup.
Best practices though would be to do your primary line work in AI and then place it into INDD. If you have to add some other paths do them natively in INDD. Your file size might suffer with lots of embedded paths in INDD.

I’d like them separate so I can work with fills, stroke and arrangements with the text in ID.

Just not sure why I can’t ungroup them??? 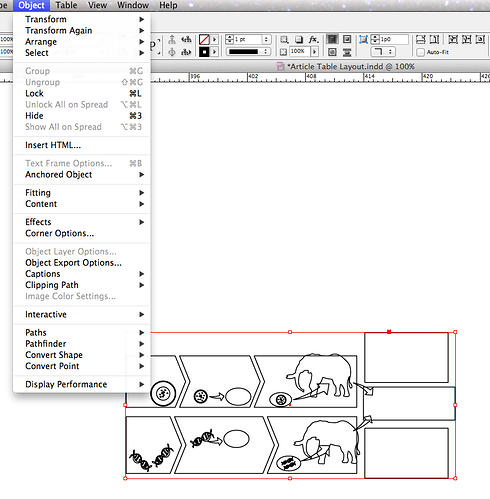 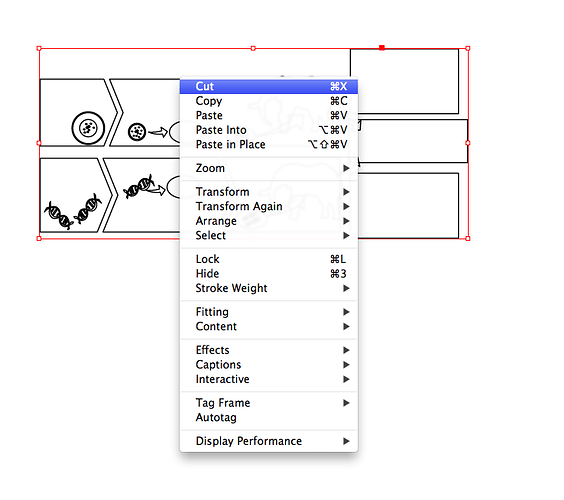 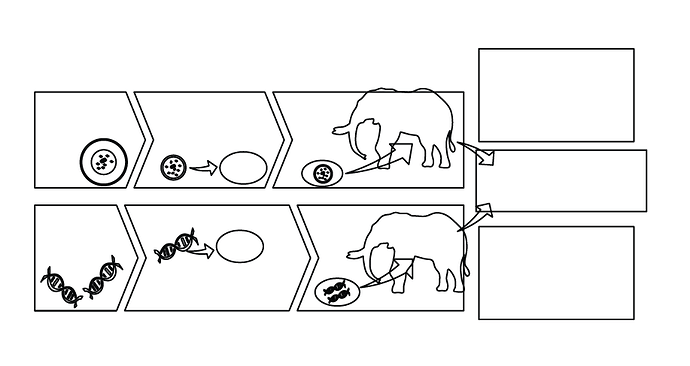 No idea why yours doesn’t show ‘Ungroup’. I have the very same menu open with pasted AI vectors and Ungroup is selectable.

Is your AI and ID the same version?

Are you able to double-click on the pasted group in ID and isolate individual vector lines?

Anyhow, I’d say that in any case ID isn’t the right tool here. ID is for page layout (multiple page docs, pagination, typesetting, etc.). If you are doing something more graphical like this, should be all in AI.

ID is a great tool if you use it for what it’s meant for. It’s not meant for illustration.

Both versions are CS 6.
Double clicking does nothing.

Yah the rest of the document is very type heavy. This is just an illustration I need for a small part of the overall design. Was just hoping I didn’t have to do it the slow way.

Thanks for the help!

Was just hoping I didn’t have to do it the slow way.

I think you ARE doing it the slow way. Adding fill and type to that in AI should be a breeze. Finish it in AI, then pop it back into ID, done.

Here: I took two minutes to search Adobe help for you.

"500 separate paths or shapes is the maximum allowed when copying and pasting editable paths from Illustrator into InDesign. If a set of paths is too complex, ID will place the paths as an embedded EPS rather than editable vectors. "

“Before copying from InDesign to Illustrator, make sure in Clipboard Handling Preferences that Copy PDF to Clipboard is selected. Copy to the Clipboard. In Illustrator, paste. When you chose the object, it shows Group at the left side of Illustrator’s Control panel. The PDF object has a clipping mask. While still selected, choose Object > Clipping Path > Release. Now it’s an editable path.”

Thanks for the quick tutorial gents.

I rarely dip into InDesign beyond getting artwork out of it. All those synched settings that are completely un intuitive confirm I’m making a good decision avoiding it when I don’t need it.

I rarely dip into InDesign beyond getting artwork out of it. All those synched settings that are completely un intuitive confirm I’m making a good decision avoiding it when I don’t need it.

I have the same feeling, it’s one of the most unintuitive software I’ve ever used. I just put the images in, some text and thank you.

Its the standard in graphic design agencies and probably most physical publishing houses. Its the standard where I work, but not for the ID staff - for one thing the support for PC’s has not been as good as the Apple platform.

By now I couldn’t conceive of doing a presentation without it. There’s enough carry-over from AI to be intuitive.

Agreed. InDesign is good if you know what you are doing and are using it for what it’s made for. There is no other tool that gives you layout control and pre-press functions like InDesign. No easier tool to also easily output different versions of the same doc at different setting. No better way to collect all files for output in one place.

I guess in my field it’s pretty cumbersome and constrictive (Environmental Graphic Design). I hadn’t considered it for presentation work. I’ll have to spend some time on that.

It’s actually great for presentations. I build with complete control of graphics, small files (since you link rather than embed on the source file), any graphics can be automatically updated if the source changes , and you can easily output optimized PDFs at both print and email resolutions. Not to mention proper type and graphics layout unlike PowerPoint or Keynote. Can also use master layouts so all pages are similar.

One cool feature for me is that you can import PS layer states. Before I knew about it I used to have a photoshop file set up for different color ways, logo placements, various adjustments and then export a ton of of JPGs of the different states. Then I found out one can save the layer states in photoshop which was pretty usefull, but still did export for presentations. But you can actually link a saved layer state in ID when importing a PSD-file, meaning you can link to the same file but show X different images. If you have some coherence in naming things you can reuse your ID-file as a template even for other projects by just simply relinking the PSD file.

The coolest little tool I recently was shown in ID was a button that changed text from all-caps to all-lower-case and back.