The recent comments about the 300 bringing real emotion back to sedans had made me curious about what other sedans have moved that market forward. Polanski suggested some others, but what do others think?

Personally, I think the Mazda 5, potentially, move sedan design forward. After years of the US market having a cruis ship mentality to functionality, a vehicle that can make a flexible interior in a small efficient space might just inspire people.

I’m curious about comments reaching back too. What cars moved sedans forward?

the ford taurus first generation was a big deal, at least for an american carmaker, I guess another one would be the volkswagen passat (huge success for vw) nothing groundbreaking, most people couldn’t tell you why it looks sweet, the design is subtle (it would be interesting to figure out just how much that 1997 redesign made for vw, lots of people couldn’t afford it so they bought a jetta) Iwould say they made billions off that solid design. Also the BMW 3 series from back in '92 was a fresh (albeit dated now) look that gave bmw lots of visibility in the american market, and as a result grew market share to what it is now (huge). I would also say the Lexus LS 400 first model, decent looking, excellent quality, it put lexus on the map. Maybe the last would be the Mercedes E class, from a couple of years ago, that is one sweet looking car, but it’s a 4 door, but you still want it, maybe not as huge of a market success, but a beautiful car.

oh yeah the cab forward sedans from chrysler about 10 years ago, those didn’t look all that great, except the intrepid, but they sold tons of them and they were very innovative in the interior space they provided.

didn’t really read the text on this thread, but an important sedan was the bmw 2002, which really turned around BMW as a company. plus there just plain ol’ cool to look at and drive…maybe i’m biased though… 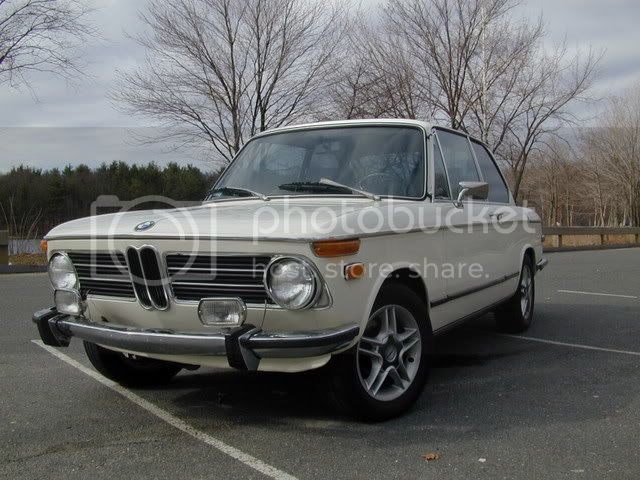 The S4 is the only sedan, the one with the V8. The rest are toys

What’s the deal with the Audi designers putting that huge grill on all the new audis? when I first saw that I thought to myself “bad idea”

the pics aren’t great, but the designers had just gotten the rear end perfect for the 2005, and then they go and ruin it with that stupid, huge grill on the front. The 2005 was beautiful, here’s the tail end, so perfect, with a nice front end.

And here’s the deal, that grill could theoretically work, but they break it up for the license plate, I say if you have to do that don’t even bother, you’re solution has failed, go back to the drawing board, Audi designers are great, but how could they screw up so horribly when they were so close.

Isn’t it funny how we have lived with license plates almost as long as cars have existed, but there are so few ideas of how to integrate them into the design of cars.

The S4 is the only sedan, the one with the V8. The rest are toys

Yes, the only Audi sedan on Consumer Reports Worst Reliability list (the one with the V8 )…

Just kidding, the A8 is on their worst list, too…

Who cares about reliability…

really though, something to think about: the people buying cars at that price point probably don’t keep the car past the warranty period.

I’m also new to the whole warranty thing, so reliablity means nothing to me. I drive it like I stole it and can’t wait to break something

the S4 is just plain hot though

I spent some time at my brother-in-laws thinking about this topic. Similar to how we listed our favorite cars, I broke my list into eras. Because of the often flexible use of the word sedan, I will include proper 4-seat 2-doors as well as 4-door cars.

1940-1970: VW Beetle - This car made everyone question the conventional wisdom of cars.

1950’s: 1956 Fords. This was the first time a major US producer offered safety features like padded dash, and seat-belts. It was a total flop, but showed that safety didn’t need to break the bank.

1960’s: Chevy Corvair. The Corvair is on my list for the same reason as the Beetle. It was a bold move on Chevy’s part to make mix a rear engined car with American styling.

Unfortunately, Chevy decided to introduce the car with swing arm suspension in the rear. Ralph Nader’s book, Unsafe at Any Speed, pointed this decision out (and was equally as critical of VW’s same decision on the Beetle, although only people who read the book would know…). By 1965, Chevy had perfected the car with a new independent rear suspension design, but the media buzz around Nader’s book killed the product line.

Ironically, it’s death maybe the most important thing about the Corvair sedan. The issues of safety raised by it have been affecting legislation and buying habits of consumers since.

1960’s: Citroen DS. This car blew off every traditional styling trait. The engineering was as pretty as its lines too. It’s a pity no automaker has the balls of Andre Citroen today.

1970’s: BMW 2002 and 1600. These cars are significant because of their early adopter status. The buyers of these successful designs drove later buyers from the traditional US luxury brands, like Cadillac, Buick, Lincoln and Chrysler, to German brands.

1980’s: Design wise, the Honda Accord and Toyota Camry were , at best, boring. However, they intorduced American car buyers to the concept of “reliability”.

1990’s: Ford Taurus. Ford broke away from the box with the Taurus, and was awarded with great sales. It’s hard to believe the big 3 could run with Camry and Accord as late as the 1990’s, but that’s what Taurus did. It’s a pity Ford dropped the ball with the second generation, sales plummeted.

2000’s: Ford Focus. Focus broke away from the formless blobs of cars like the Taurus II and Eclipse II. Looking back, it really seems like Edge styling was the car that broke the styling ice. It feels like ever since, makers are a little more free to be different…just a little.

2000’s: VW Golf. VW showed everyone that style pays again. They took an unreliable and ancient engineering platform and made is shine like gold. Brillant!

Isn’t it funny how we have lived with license plates almost as long as cars have existed, but there are so few ideas of how to integrate them into the design of cars.

I’ll bet that as soon as you try to change the position, some lawyer comes up to you and mentions that you can’t raise/lower/angle the license plate for various reasons (toll highways, police work, stupid bylaws from the 1920s, etc).

It might be possible to integrate them into the bumper better, or otherwise camouflage them – but there are other laws about bumpers, headlight locations and just about everything else on a car. As long as we stick with the stamped-aluminum plate I doubt there’s much to be done. And really, you’d have to design the entire car differently if you want a small rectangular planar area, centered on the front of the car, to fit well with the rest of the vehicle.

I love it when car manufacturers leave the license plate on in the adverts, but paint it the same color as the car. Why? Who knows!