Does anyone believe that Ikea copy designs already out there for an affordable price. Like the Doksta table and the tulip table?

definitely a knockoff of Saarinen, but that table has been knocked off for years… one Ebay there are tons of “Saarinen-like” or “eames-era” furniture, like antique Burke versions of the tulip table and chairs

it always seems like they can copy the overall shape, but more graceful profile of the tulip stalk doesn’t ever seem to be copied - copyright laws prevent this? the true Saarinen’s base is without a doubt the s3xiest… though I have a Burke because I could afford it 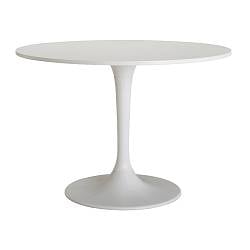 This brings up a few good ethical items that I am conflicted on as both a designer and a consumer. Our place is filled with a lot of Modern era design, some of it is original, some of it is licensed reproductions (DWR), and some of it is straight up knock offs.

For example, my LeCorbusier Steamer couch is a knock off because it my dog scratches the leather, I don’t want to have to put him down. Our Eames chairs are DWR licensed reproductions, because it was important to us that it be 100% exact.

So hear is my question. A lot of these Modern era designs were specifically designed to be inexpensive to manufacture to bring good quality products to the masses… but Vitra and Knoll charge your arm and leg to get an official reproduction? How do we feel about that?

IMO most knockoffs tend to be lower quality as well as less expensive (mine included)… made more cheaply and a little off. You do get a taste of the original design with them though, for example any tulip table would be true to Saarinens goal of ending the “sea of legs” under tables he found objectionable

I think both the knockoffs and DWR are unethical. DWR seems to gouge the public that is interested in design, making the prospect of having modern design elitist - I mean it is mass produced and I would suspect expensive limited production was not every designer’s intention. The knockoffs on the other hand are blatantly taking something a designer’s expertise produced and copying it to make a buck. Seems like stealing. That said, certain designs seem almost like public domain like a one legged table. As long as it isn’t too close to the original, I think some designs are ok if they are copied as long as there are enough differences with the original that it’s obvious. Not sure where one would draw the line though…

This is something I have been thinking about lately. Why is it that Eames chairs are so expensive. If I remember correctly he wanted to create for the masses at an affordable price so everyone can experience his creations, but now it seems only the elite can afford these pieces. So could you say the manufactures of today (authentic or not) are exploiting Eames as the intent was to make it affordable for everyone to enjoy. I am not sure how I feel about it yet but I thought I would add it to discussion.

I wrote a letter to DWR a few years ago. In my odd, inappropriate, rant-like letter one of the issues I mentioned was the bloated prices. I think that I might have suggested that they change their name to “Design Way out of Reach” or “Design Within Reach (of supremely wealthy people)”. I am not sure what I was thinking but they did write me back and explained that the name was not meant to imply affordable. It was meant to state that they were bringing to market designs that were not readily available anymore, regardless of money.

The reproductions they sell are either unprotected, expired or licensed, aren’t they?

Are you sure DWR sells unauthorized reproductions? I’m pretty sure everything there is 100% kosher. Eames Lounge chairs by Herman Miller, Sarinnen table by Knoll, etc.

As far as I know they don’t do any of those Modernica or other knock-off stuff (hence the $$$ prices).

I also think that DWR is legit. I actually like having them around. Here in NYC they are litterally around the corner of my school. A great place to get drawings, test the furniture and get inspired by the pieces.
Got almost kicked out of Cappellini because I touched a piece. At DWR, they encourage you to test it. Really interact with it. Not like the “Moss-eum”, which, honestly, borders on silly in its temple like approach to design.

I have always wondered about them - ethically…

I saw an ad for them in Dwell mentioning that their Case Study chairs are actually made on the original presses and with the same material that the Eames used to make them.

Obviously the Royalties aren’t going to the correct people - but…can you call something a knock-off when it is made with the original tooling and material? Things that make you go hmmmm. 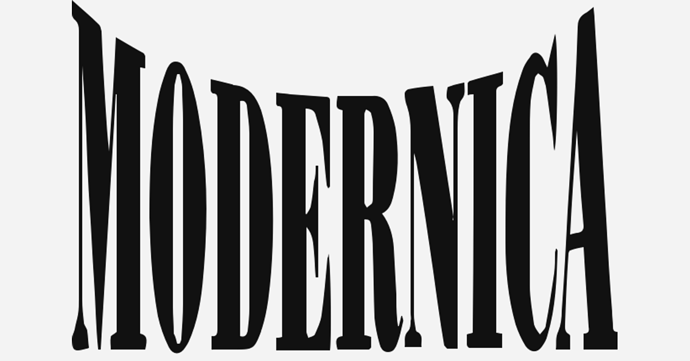 For over 30 years, Modernica has proudly built each piece of furniture 1-by-1 at its 5-acre campus in Los Angeles. It has been family owned and operated since it opened and is home to a world-class upholstery and woodshop. Modernica is responsible...

RE: DWR
In the exhibit design world, designers choose DWR stuff for the large exhibits and companies dont think twice about the price. I mean, mAd money goes into exhibits. We do use lot of ikea stuff and i am seeing nice rentals from CORT, but we ALWAYS point customers towards DWR. We get a discount !!

design patents are so easy to circumvent, a lot of companies do not file for them. the patents with real teeth are the ones that are well-written and broad in scope. the narrower the minutia on the patent, the easier it is to bypass.

ethics and business when it comes to design, particularly in furniture, is a very grey area.

It may be sacrilege, but I prefer some of the reissue stuff. For example, I like the newer fixtures and extra base leg on the Eames aluminum group lounge chair. Would Charles & Ray not have used this stuff if it were available to them at the time?