Digging a little bit past the first layer, it seems there is a lot more content here. The organization is more clear. I remember getting lost on the old one looking for events, but the events link on the new one takes me just where I want.

On the design side…a little box heavy isn’t it? I don’t know what would look professional and design. Maybe this is it?

I thought the text is a little small up top for the different sections. Fair or unfair I was comparing it to the AIGA site because that seemed easier or more pleasing to navigate(AIGA). It’s definitely an improvement. Ill play around on it some more but it needs to make readers want to come back and check it out daily or weekly. Right now I don’t think it does. Maybe a running design blog on the front with new fun eye candy.

Why does the circular dot on the “I” in IDSA fit into a oval niche? Seems like a no no to play off the logo (though ask the AIGA guys) and if you did, why would it not be a circle segment off the same center point… the oval section feels a bit 1997.

The color matching on the reds is off on my screen, in some boxes it is more saturated than others.

The red type on white feels a bit hard to read.

A myriad of font sizes and a mix of serif and san serif that does not seem to have logic.

Those are the details, the overall feels old, stuffy, not a place I want to go to frequently… IMO … does adding IMO to the end of things soften them or just make it worse?

I don’t remember the old one, but I find the new one really unfriendly. Especially when it comes to digesting the content. The organization confuses me. Is it supposed to be a website where they have daily articles (as suggested by the “today” section in the bottom left)? Or is it just a collection of resources?

What is explore? Inspire? Succeed? Connect? I’m just really confused, even after clicking on one of those categories there is no explanation for what it is. Explore brings you to a grid of pictures, and you have no idea what you’re going to be looking at when you click one of them. There is a block called Explore under Inspire. Is that the same Explore? Or different?

I could go on and on but the modular design does not flow and is very confusing. The way they break up the content just makes me really flustered and overwhelmed and not want to read it.

First off, I tried to go to the IDSA site and accidentally landed on Infectious Diseases Society of America. Why is the url called “blue-harvest”?

I’ve been waiting patiently for this redesign for ages and I have to say that the site still feels incomplete. Why the large gaps of space? Why does it look like we only have 3 members? Why are thumbnails stretched? And why for goodness sake are the links still underlined?

There’s no sense of excitement or interactivity. I wish I could blame my inherent pickiness as the reason for my disappointment, but we’ve had years to work on this redesign and it feels embarrassingly unpolished. It makes industrial designers look uninteresting and incompetent with the web.

It’s only 2 screens tall–Core77 is 20! Use that unused space to pull us in with great content, not just a bunch of links. Designbytes for example should be right there on the homepage as a blog, not buried two links deep. Same goes for Innovation magazine–why doesn’t it have a prime spot on the homepage? Event calendar? Focus on the content!

And yeah, it’s time for a rebrand. The stark red/black thing is way outdated and makes the whole thing fall flat. Product design is cool and the brand should reflect that! The logo is fine, but it needs a complementary design language, starting with a color palette.

The new web site is, IMO, proof positive the IDSA is about ready to fail. How long has Clive been touting this new site as the be-all, end-all, and THIS is what we get? There’s no content, except what was already on the old site. Everything that should be useful doesn’t work. The fonts are horrible and the information that’s there is unintelligible.

The one question I’ve been asking myself for a while now is does anyone care? Clearly the board has to see that the organization just keeps floundering. Staff left in droves earlier this year, and as I understand it, they’ve been replaced by people who don’t know anything about anything. Have you seen the email blasts for the conference? One called the organization ISDA and every one uses a different name for the conference. I also hear they’ve totally pissed off the educators and others by charging even more money for the same stuff.

My partners talked to Clive in Miami and he was so quick to criticize what Frank Tyneski and Kristina Goodrich did before, saying he’d do so much better. But I’ve seen nothing better. So maybe we should just put it out of its misery.

Yeah, they’ve been having domain issues. I can only guess. It’s accessible for some reason at

I asked on twitter, it’s a top priority to get resolved, so hopefully by the end of the year.


I pretty much agree with everything that has been said here. Unfortunately, this new rollout only reaffirms my assumptions about the idsa. After all the recent discussion on these boards I was considering giving it another go. Oh well.

Designbytes for example should be right there on the homepage as a blog, not buried two links deep. Same goes for Innovation magazine

It takes 3 clicks to find the membership directory, assuming you know to look for it under “Connect.” Also the Innovation website is on the old template and hasn’t been updated since 2006.

Overall I think it’s kind of a mess. And why is Clive wearing transitions lenses in his headshot? So cheesy! But perhaps most telling is the lack of content on his page called Challenges/Tasks/Vision:
http://idsa.org/content/content1/challenges-tasks-vision

I don’t know where to even start, and know that likely any constructive criticism wouldn’t be accepted any, so I’m not going to bother. Just so full of fail. I had a bit of hope there for a tiny bit of time…

PS. What the heck is the red blood spill/surface of mars image in the background of everything?

PS. So glad we opened this new forum from the urging of IDSA members that there would be a good ongoing discussion and fruitful contribution. Aside from a few posts about recent conferences, has there been anything new from IDSA people since March? Maybe I just have my cynical hat on today, but I think it’s well founded. You can’t over-promise and under-deliver time and time again and not expect to be called out on it.

Perhaps it’s one of those times like in the past when a new professional group rises up to take over from the old, slow-moving dinosaur… just sayin’.

That said a whole lotta nothing. I’m not surprised it’s a huge undertaking, but I would expect feedback and in progress updates on places like the core forums here would be exactly what they would’ve needed given the past.

ahahha and what is that picture? jeez.

That’s just how far advanced the design is…it comes from the future-brought to you by Carl Jr.'s 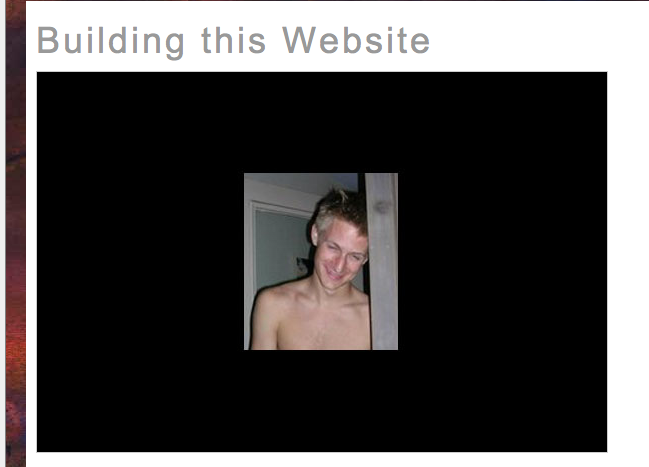 Hahaha! Maybe it’s just the glass of wine I had, but I laughed for a good 3 minutes when I saw this.

You know guys, I have to say that I am very disappointed in this. We have been promised quite a bit over the past few years and you continue to under deliver. How do you expect us to keep coming back and keep participating if we as professionals don’t feel that you are taking us seriously? I have personally had many conversation with many of you and you all have told me great plans for the future of IDSA but I have yet to see them. My feedback to all of you was to keep your members posted on Core77 on the status of what is going on. I even pushed to have this section of the boards created for you and I have to say…Where have all of you been? Even with the feedback that has been given here on your site, I have seen many of you in the list of users that are online but none of you have posted replies. This is quite a shame.

On to the site critique. When Tim first posted this I went to the site and for some reason it looked more polished then it does now. Given that it is no longer up I will give my critique on what I see now.

This is just a few comment of many that I wrote down while review the new website. I have to say that you guys really need to start stepping up your game and making due on your promises, or I am afraid you are going to loose all your professional members. Remember a large chunk of your professional member base now has grown up with the web and relies on it for daily needs. If they are not getting their needs from you they will find it from others and they will stop paying your dues as they will stop seeing the value. We need more than just a couple conferences a year. I will also ask that if you are reading this (which you should be and if not that is a bigger problem) than respond to our comments and give your members the feedback that I think we both think we deserve. We have taken the time to write to you, you should take the time to write back.

Yeah, they’ve been having domain issues. I can only guess. It’s accessible for some reason at

I asked on twitter, it’s a top priority to get resolved, so hopefully by the end of the year.

Looks like it is now fixed, I eat my words!

That’s what surprised me the most too. MAYA Design was behind the rebranding and site many years ago, why not use an agency now, when online presence is more important than ever?

Was this student responsible for all of these roles?

Since INNOVATION is apparently the crown-jewel of IDSA according to the most recent survey, it would think to grow that staff and place IDSA.ORG under their responsibility. Treat it like the online magazine it is.